During my recent trip to New York I found some time to visit the American Museum of Natural History. I wanted to see their spider exhibit, you see.

Of course, step one was finding the place. Seventy-eighth and Central Park West, as I recall. Ah, this looks right: 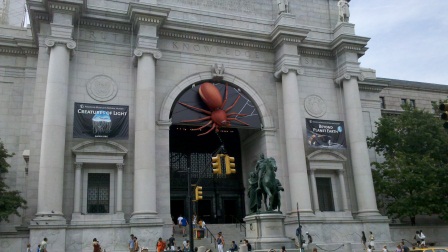 The exhibit itself was a bit smaller than I had expected. I went through it in forty-five minutes, and that was after reading every sign and watching every video. The place was also overrun with screaming, squealing little kids, so that marred things a bit for me as well. But it was still fascinating and I'm glad I went.

There were numerous posters on the wall with photos of exotic spiders. Like this one: 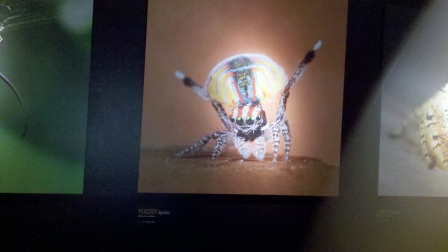 I wonder how this one got its name: 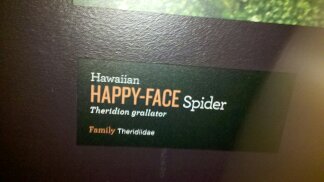 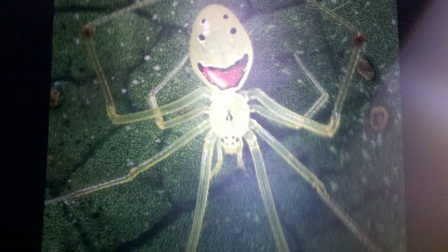 It also passed my basic test for any exhibit in a natural history museum: There is a reference to Charles Darwin: 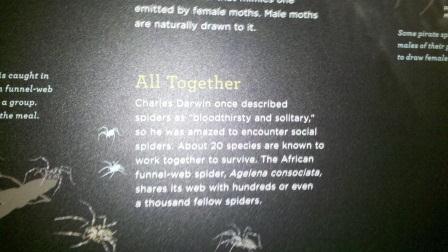 The real stars were the spiders themselves. Lots of creepy crawlies on display. Since they were in glass cases, a lot of my photos were consigned to the discard pile. But here are a few that came out decently. Alas, I no longer remember the names of these fellows, so if any spider-mavens want to provide some insight in the comments go right ahead/ 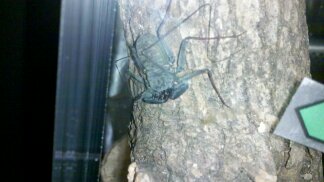 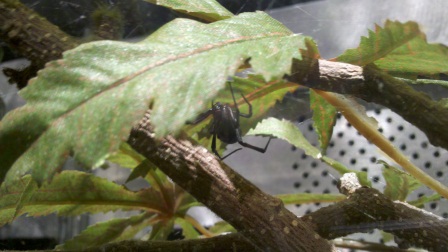 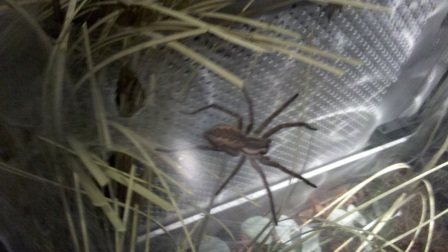 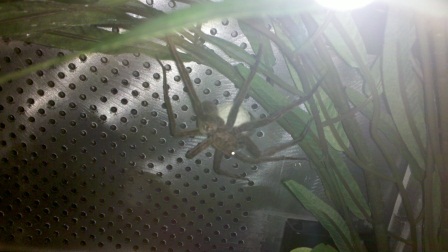 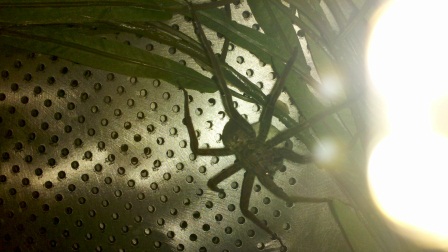 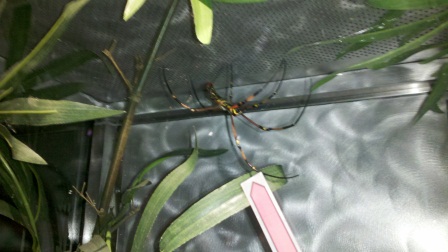 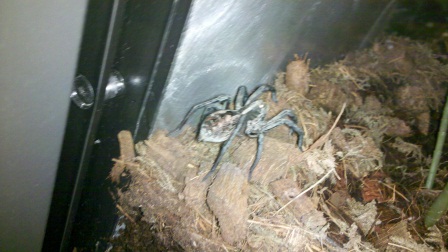 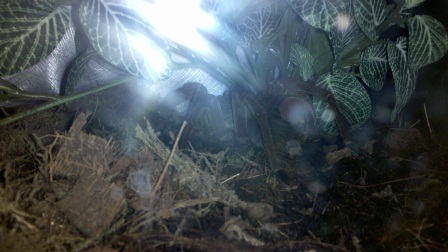 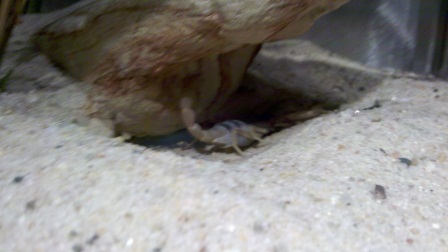 Wait a second! That last one isn't a spider now, is it?

Apparently when Stan Lee first ptiched the idea for Spider-Man to Marvel Comics, they rejected the idea. “People hate spiders,” they reportedly said. Perhaps so, but this particular exhibit was doing a booming business. So if you happen to be in the area I recommend stopping in for a visit.

I'm back in Virginia after my brief visit to New York. It was really great to meet so many of my fellow science bloggers. I feel so unworthy right now! Bora has the skinny on the weekend's doings along with copious photographs. After our big brunch on Saturday, I decided to eschew the visit to…

I've known that scorpions have fluorescent cuticles — if you go out into the desert with a black light and shine it on the ground, the scorpions will often glow green and blue and be easy to spot. I had no idea that many spiders exhibit the same phenomenon, but there they are, glowing away. I may…

After leaving the theater it was time to enter the museum proper. The nice fellow at the door scanned the barcode on my ticket to verify that I wasn't trying to sneak in. He advised me that I should allow at least two hours to see all the exhibits, then invited me to go on in. The museum is laid…

Anybody still read newspaper comics these days? I do, but sadly for the newspaper business I read them online. Worse, usually in the context of people making fun of them. On the other hand, there are a few gems out there. Is Spider-Man one of those gems? Uh... Well, Shakespeare it ain't. But…

"Alas, I no longer remember the names of these fellows, so if any spider-mavens want to provide some insight in the comments go right ahead"

I would also like to know, because I swear I the one in the first picture in a movie. The depiction in the movie wasn't flattering...

Wait a second! That last one isn’t a spider now, is it?

Neither, for that matter, is the first one. It's an amblypygid of some kind. One of them did appear in a movie, being tortured by Mad-Eye Moody in Harry Potter and the Goblet of Fire.

The diversity of spiders, even within small geographic areas, is ridiculous. It seems like nearly every spider I've ever encountered in my home or backyard represented a different species (though it's possible some were males and females of a highly dimorphic species).