A Phabulous Phablet from Lenovo

Lenovo makes two Phablets that are similar, the 4G and the 4G plus. The latter is not bigger (in fact, it is a little smaller) but rather, has higher specs all around, making it a fairly expensive device. But the Lenovo PHAB 4G Phablet (regular) is practically free and is actually rather Phabulous.

OK, well, not fee, but about 170 bucks or so, except now closer to $130 from Gearbest. (As far as I know this is the only place to get it. Gearbest has a very large selection of Lenovo phones and phablets, as well as a high diversity of generally very affordable tablets.)

So, I tried out the Lenovo PHAB 4G Phablet.

First, what is a Phablet and why do you want one?

The broadest definition of Phablet is that it is a kind of hybrid between a tablet and a phone. So, for example, the Nexus 6 is sometimes called a Phablet. That is the phone I use. It is very large (requires very large hands), so it has piles of screen real estate, yet it is a phone. But, the Nexus 6 is not really a true phablet by a stricter definition, because it acts like a phone, rather than a tablet, in those areas where they are different.

The Lenovo PHAB 4G Phablet is, as far as I can tell, an actual phablet with phone hardware and software and, of course, a place for an SMS card.

It actually has room for 2 SMS cards, and in this and other ways, is highly adaptable and international. Even though you can't (probably) get this phone from any US carriers, you can still probably buy it an put the SMS of your favorite carrier in it (check here first). Or two SMS cards if you want.

Or, you can use one of the SMS holders to hold the SMS, and the other to hold a micro SD card, for up to 64GB of added storage. 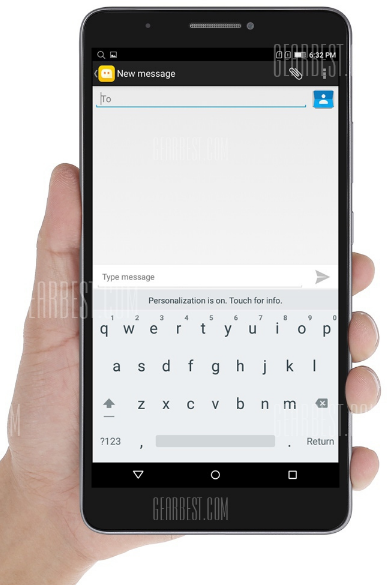 The display is very large, and the glass front of the device continues out to the edge, with the display, within that area, having a 6.98" diagonal. The phablet is thin, sturdy, light. The back is gripable rather than super smooth, so it is comfortable in the hand. I probably should put a case on this, but I'd almost rather not it is so easy to handle as is.

There is a normal headphone jack, so you don't have to worry about that. And, a MicroUSB slot. 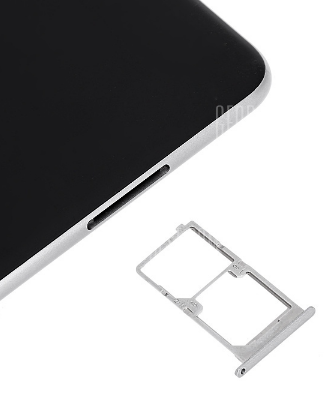 I am probably going to use this phone for two purposes. First, I'll offload much of the funcitonality of my Nexus 6 onto this tablet, with its larger screen, etc. I've found that the Kindle Reader works really well on this, and the phone is just the right size and weight -- Amazon should make a reader just this size and shape -- so I'll be reading non-text books (i.e., technology books, etc.) on this, when I can wrestle the device away from Huxley, who is reading his stuff on it as I write this.

Second, I'll get one of those inexpensive short term phone accounts, like Ting provides (but probably not Ting) and I'll use the tablet as a wireless hotspot for the family's laptops and other devices, when traveling.

That second use will also allow me to use this Android phablet as a base for communicating with robots that have SMS cards. Once I get some of those.

I have always loved Lenovo products, going to back when they were made by IBM. I used only Lenovo laptops back in the day, and I still have a few of them laying around. Lenovo was bought by a Chinese company some time ago, but continued to make laptops. This phablet seems to be in the range of engineering quality I would expect for a consumer grade product made by this company. In other words, well made and solid.

When you're using these devices (phones and or tablets), do you ever think about Hari Seldon and the device he used in the first book of the Foundation series?

What happens if you start reading the first book of the Foundation series on one of these phablets? Does your device become an ouroboros and explode like a Note 7??