Dolphins call each other by "name" 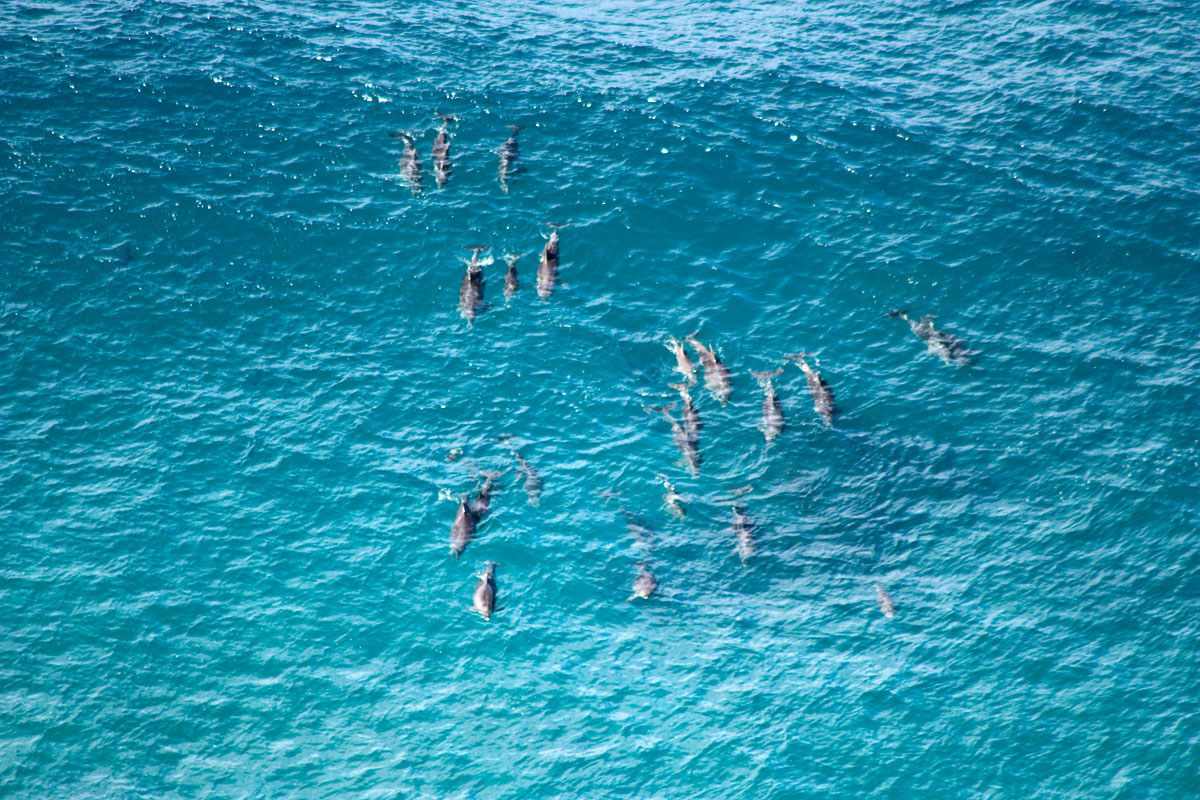 A new study published in the Proceedings of the National Academy of Sciences provides evidence that bottlenose dolphins (Tursiops truncatus) use "signature whistles" to identify and call each other by "name".

Dr. Vincent Janik at the Scottish Oceans Institute, University of St. Andrews and colleagues recorded the individual whistles of wild bottlenose dolphins traveling in groups (pods). Using the recordings, they developed computerized versions of the whistles that were missing the vocal characteristics of the individual they came from. They then played back these synthetic whistles to see if anyone responded. The thinking was that if the dolphin that whistled responded, then they indeed recognized the pattern of the whistle as opposed to their own voice. In other tests, they recorded non-signature whistles from the same pod to see if group members recognized each other's voices as well as unfamiliar voices from other pods.