Sensationalism and the scary spots 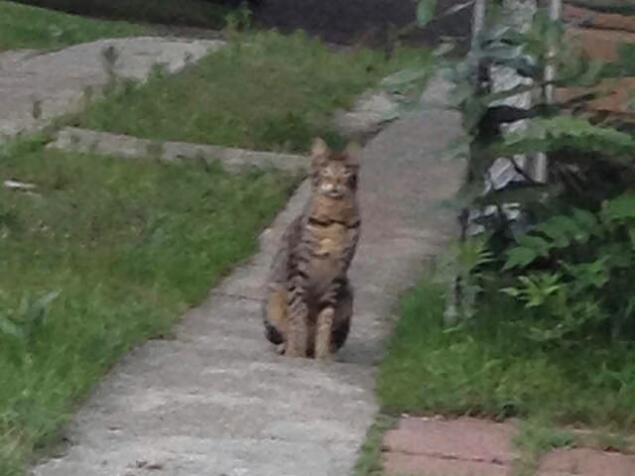 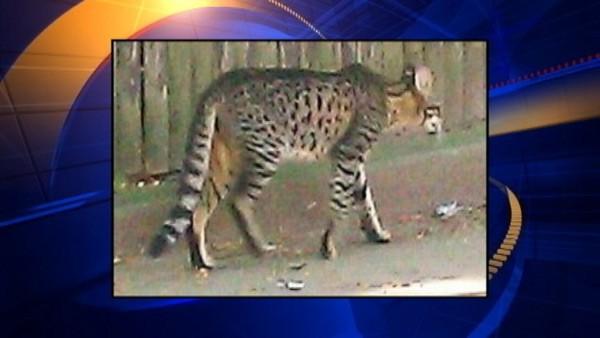 Outlandish stories about a 25-pound Savannah cat, known as "Chum", on the loose in Detroit (above) may have been responsible for his untimely death last month. The 3-year old cat was owned by a local family but was spotted roaming the neighborhood. Neighbors mentioned calling Animal Control and the Detroit Humane Society, whom they say did not respond.

Savannah cats are considered exotic and are a cross between domestic and African serval cats. Chum was approximately 2 feet tall when sitting. However stories would have you believe he was 4 feet tall. This along with the cat's characteristic leopard-like spots may have scared residents enough to cause someone to shoot him and dump his body.

Ah yes, the American solution to something you don't understand - shoot it.

Same as the wolf in Kentucky.

I am a dog lover, but I find this Savannah cat breed fascinating. With the half wild and half domestic side of the cat, it must be exciting living with it everyday. However, it is still considered dangerous, seeing that it is banned in several countries.

Some people are afraid of these cats, not sure what they are capable of, so I suppose that this person who killed the cat was defending him/herself. Sometimes people do things without thinking clearly, especially in a situation where they feel threatened.