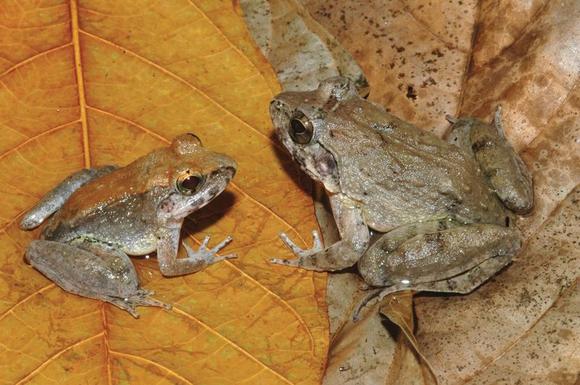 A new species of frog (Limnonectes larvaepartus) has been discovered in the rain forest of Sulawesi island in Indonesia. This species challenges the grade-school wisdom that taught us: 'frogs lay eggs'. It looks like textbooks will need to be revised as this is the only known exception to that rule. Study author Dr. Jimmy McGuire (University of California, Berkeley) said the following as quoted in Reuters, "Reproduction in most frogs could not be more different from human reproduction. In this case, what is most interesting, ironically, is that the reproductive mode is more similar to our own." McGuire was additionally quoted, "The vast, vast majority of frogs have external fertilization. For mating, the male grips the female around the waist and releases sperm as she releases her eggs." According to the article, of the 6455 known species of frogs, less than a dozen or so species do use internal fertilization and then deposit the fertilized eggs or froglets (baby frogs still in an egg capsule that underwent the modified tadpole stage within the female). What is unique about L. larvaepartus is that the female actually gives birth to tadpoles. 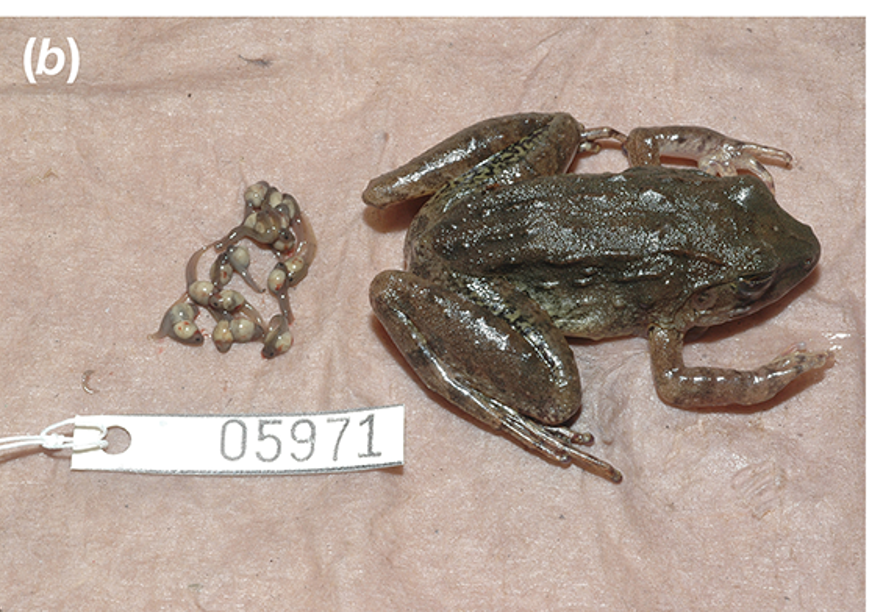 Image of tadpoles removed from the oviduct of L. larvaepartus from Figure 2 in PLOS ONE article.

This just proves how much the world is changing and evolution is at the forefront of everything...
u15085504

As a lover of the nature it makes me so happy to hear that there are new species developing and being discovered as so many known species become extinct daily due to climate change etc.
And even though it blows my mind that there are still species unknown and undiscovered by humans I think we should appreciate how wonderful nature is.
Welcome Limnonectes larvaepartus !!!!!
u15004512

It would be very interesting to know if this is an example of modern day micro evolution or just an ancient species that hasn’t been discovered until today. Equally interesting would be to know what triggered this deviation from the normal reproduction method of the frog. Would it simply be, as stated earlier, the result of climate change due to global warming, or does it hold some or other key survival advantage for the species. Seeing as the species’ females carry the offspring themselves, this would imply that they can produce fewer young than normal frogs. It would therefore imply that thee frogs would need to produce more, or at least as many, offspring as normal frogs for this new method of reproduction to be practical.
15112782