I came across an interesting study published last month in American Journal of Physiology - Regulatory, Integrative and Comparative Physiology on obstructive sleep apnea (OSA), which is a disorder in which the upper airway is repeatedly obstructed during sleep resulting in bouts of intermittent hypoxia (low oxygen concentrations). I had no idea that OSA is more common in postmenopausal as opposed to premenopausal women suggesting that estrogen may help protect from OSA. The sex hormones estrogen and testosterone can increase memory and spatial learning. Therefore a team of researchers from The Ohio State University wanted to test whether estrogen could prevent changes in behavior (anxiety, depression), memory, learning as well as structural changes induced by conditions that mimic sleep apnea.  Their findings confirmed that estrogens can indeed protect from behavioral and structural changes. In fact, male hormones actually worsened the learning and memory deficits induced by intermittent hypoxia in male mice.

Did you know that dogs can develop sleep apnea? Breeds with shorter faces such as bulldogs, pugs and Boston terriers are prone to sleep apnea. I wonder if younger female dogs are also protected from the negative effects of intermittent hypoxia? 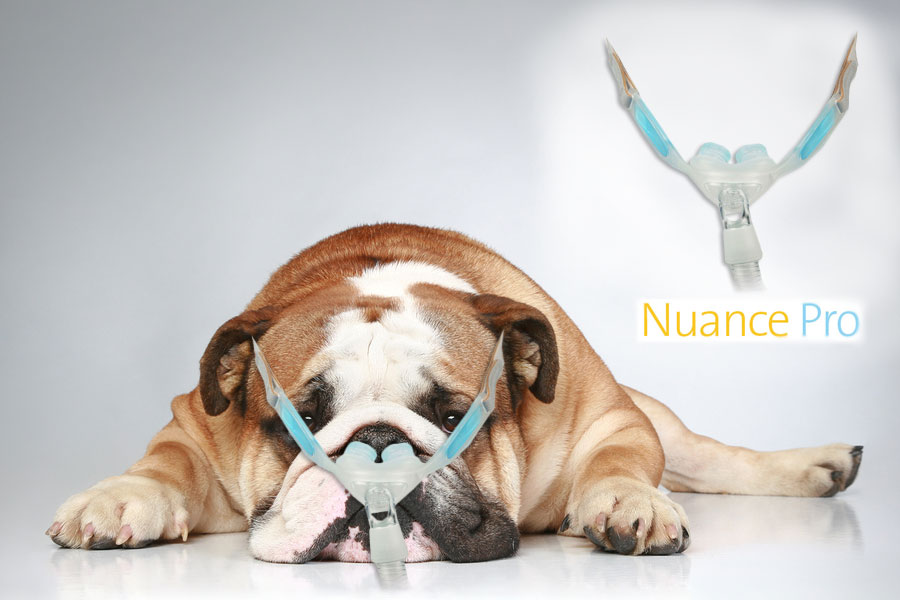 Image of bulldog from www.easybreathe.com