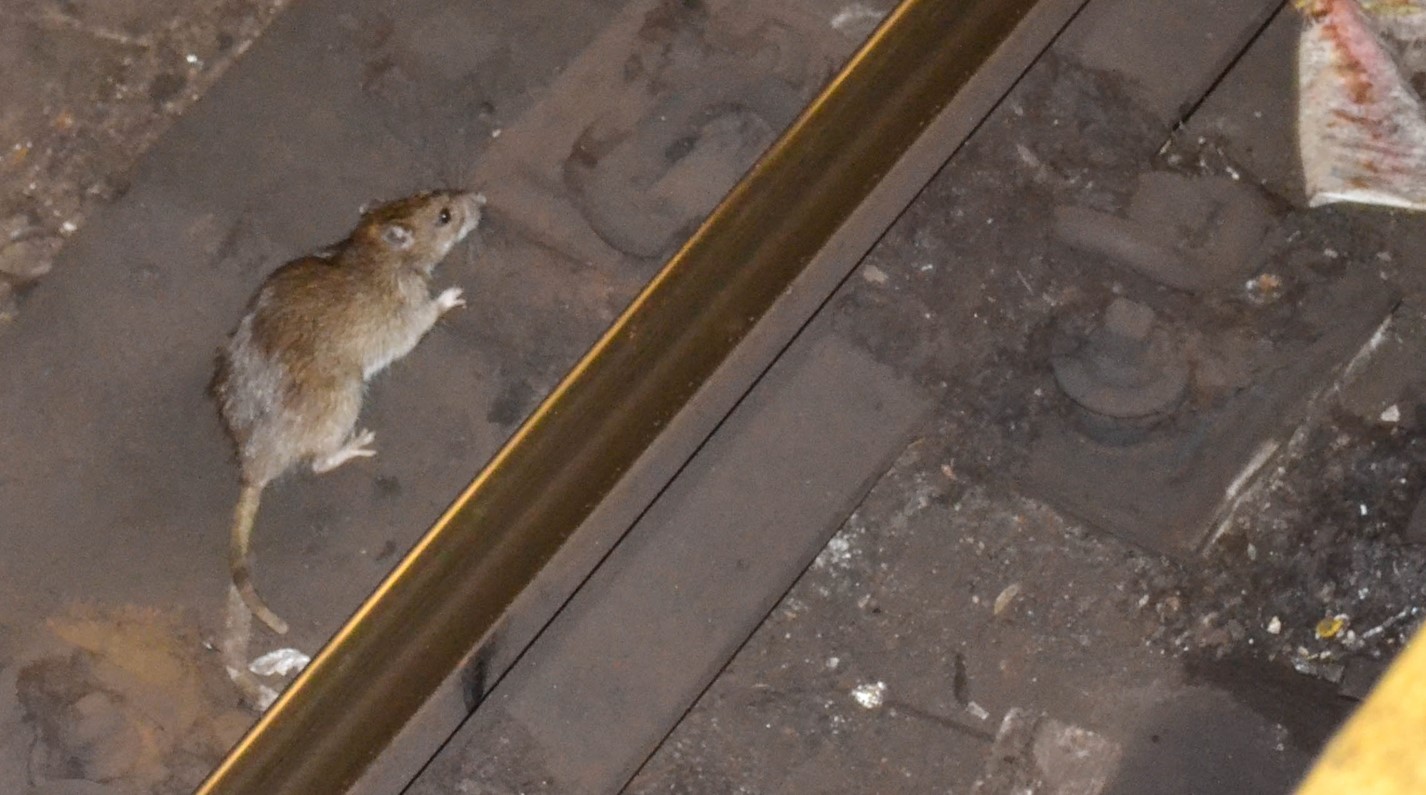 Image of a rat in the New York City subway By m01229 from USA, from Wikimedia commons

News out of Flagstaff, Arizona reports that a biotechnology company in the area, SenesTech, has developed a birth control for rats that was recently cleared by the Environmental Protection Agency. The new drug comes in the form of a sweetened liquid bait that has been shown to reduce rodent populations by as much as 40%. It works in female rats by inducing loss of eggs whereas in male rats it disrupts development of sperm.

The drug is also being tested in other feral animals such as dogs, cats, and mice.

While these findings are very exciting to those interested in controlling animal populations, it will be important for the company to ensure that the drug is formulated to prevent harm to any non-target species.

So Ray Comfort is now complaining on the revered pages of the respected publication, World Net Daily about me. The article is full of dishonest misquotes, but let's zip right to Ray's scientific misunderstandings. They are deep and painful. He has this bizarre idée fixe that the necessity of every…

Secret to safer stem cell therapy or cure for cancer?

Image of a naked mole rat By Roman Klementschitz, Wien - Own work, CC BY-SA 3.0, https://commons.wikimedia.org/w/index.php?curid=252701 Researchers trying to find cures for cancer find naked mole rats rather interesting. Not only are these animals long-lived by rodent standards, they are also…

Veterinarians can learn a lot about an animal just by looking at their coat and eye color. That is because certain inherited disorders are associated with these traits, which have been described in a recent review article published in the Canadian Veterinary Journal. Take coat color-related…

Ask A Science Blogger: Why is There No Male Birth Control Pill?