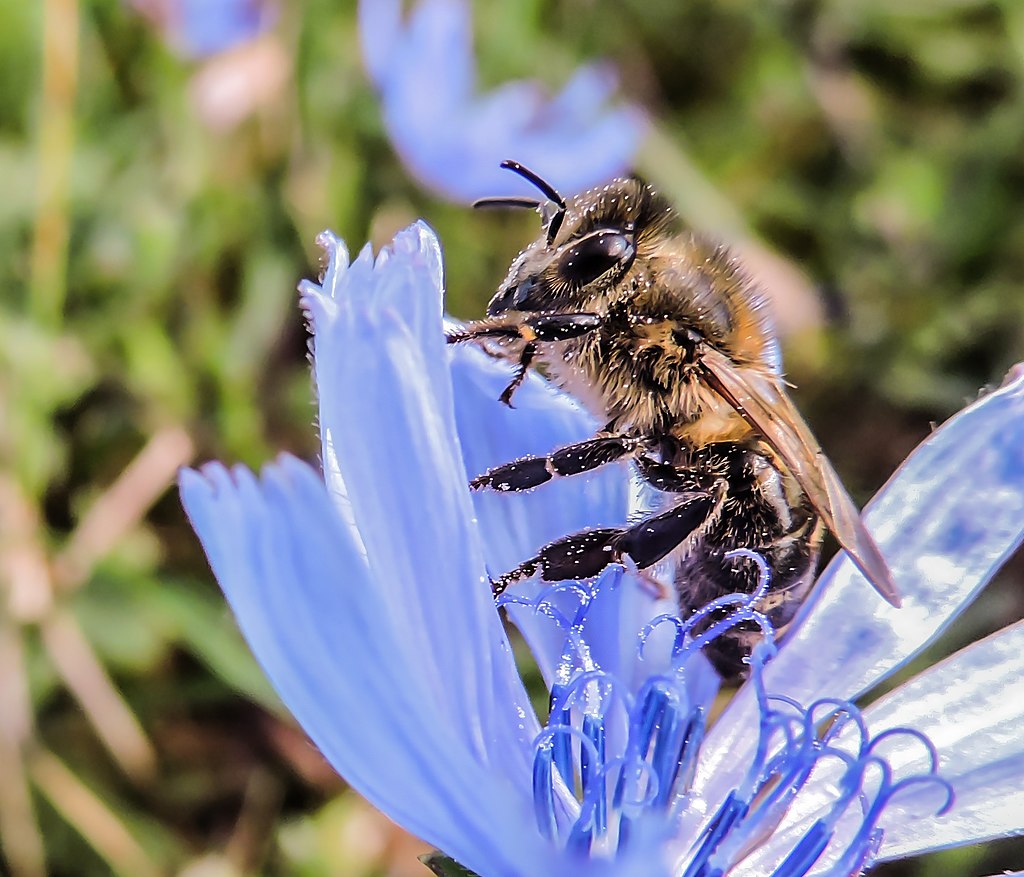 A new study was designed to test whether bees can experience some kind of primordial "emotions". In the study bees were trained to associate a tunnel marked with a blue flower with a sugar water treat at its end. In contrast, a green flower meant no reward at the end of the tunnel. However, when bees were exposed to flowers with both hues, they either chose not to enter the tunnel or took a long time to choose to enter. But, when half of the bees were given a sugar water treat first, they chose to enter the tunnel marked with the green-blue flower much more quickly. When faced with a simulated attack from a predator, bees that were not given a sugar treat took longer to begin foraging again.

While the studies above suggest that bees can learn avoidance behaviors or where to find the best treats, the more interesting part of their study involved inhibiting dopamine, the neurotransmitter that signals reward-seeking behavior. When they blocked the effects of this neurotransmitter, the sugar treat no longer had an effect in the bees. The authors suggest that these findings indicate bees may have some primordial form of positive or optimistic emotions. Although, it is equally likely that the sugar water simply triggered reward seeking behaviors without making the bees become what we humans know as "optimistic."

I think this is interesting to know that they do feel emotions, I think it's reasonable to assume they could feel "optimistic" but definitely agree with the triggered reward seeking behavior since that does seem to be common in many organisms who don't necessarily "feel emotions". Judging by how they react when faced with a predator it seems safe to assume they have natural reward seeking behavior and foraging behavior for survival over a specific set of "emotions".

Also found more information in this article, check it out!
https://www.newscientist.com/article/2107546-dont-worry-bee-happy-bees-…

But all in all very interesting!