SteelyKid was born five years ago today. I'd try to be clever and schedule this for exactly five years to the minute of her time of birth, but I've mercifully forgotten exactly when the delivery was, only that it was early in the morning after a very, very long night. Here's what she looked like then: 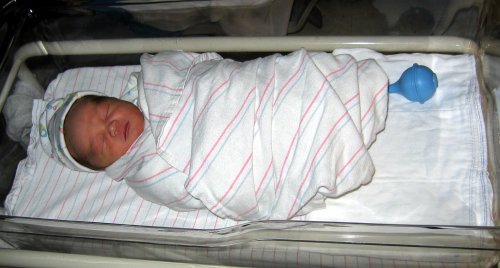 Here's what she looks like now, with her little brother for scale (also the "featured image" for this post): 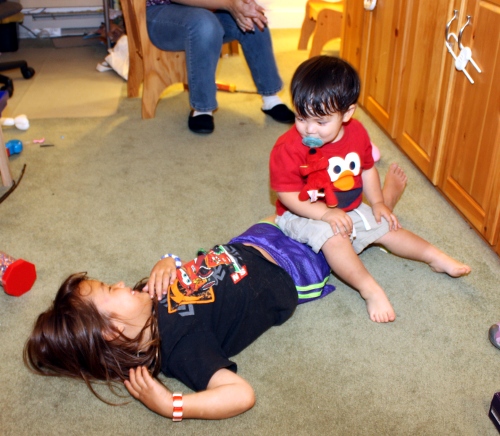 SteelyKid and The Pip.

Or, if you prefer something a little more active, here she is engaged in the study of optics. 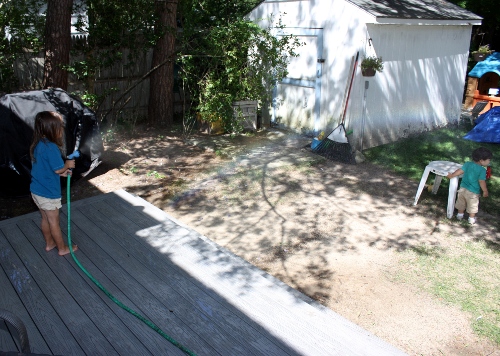 SteelyKid investigating the optics of rainbows with the garden hose.

I'll try to get her to pose for a picture with Appa, for old-time's sake, but she's a little unpredictable there.

Anyway, it's been an amazing five years, and nearly impossible to believe that she's starting kindergarten in a month. Here's to many, many more. Happy birthday, SteelyKid.

Happy Birthday! Hope you have a wonderful day :o)