Another fall day, another holiday closing at the JCC. I was home with The Pip for most of the day, which was the usual mix of fun, exhausting, and puzzling. For example, while I offered several times to go out to a playground before lunch, he refused. But then insisted that we walk to the store to buy... something. I got this picture with my phone: 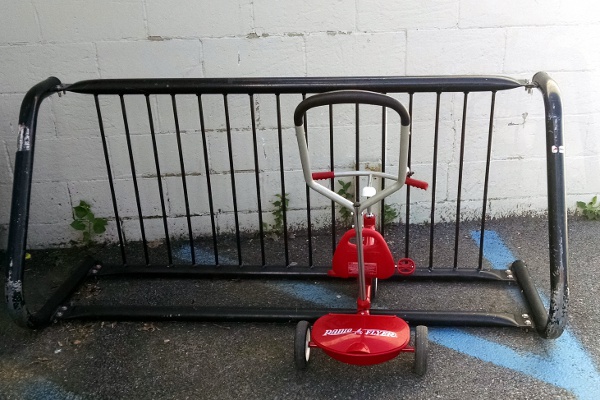 The Pip's bike in the rack at the Co-Op.

Because it amused me to see a bike rack with just a little red tricycle in it.

We did go to a couple of playgrounds later, and I shot some video that I'll use for physics-y stuff at some point. But this is as good a photo-of-the-day as anything else I got.

Just one more Jewish holiday to get through, tomorrow, then it's smooth sailing for a few weeks at least...