This weekend's photos were mostly of the kids, and mostly had other people's kids in them, as they did a double play-date on Saturday afternoon. I'm going to lump two days together, because they're really just repeating previous themes. Here are the kids eating dinner at the Union women's basketball game Friday night: 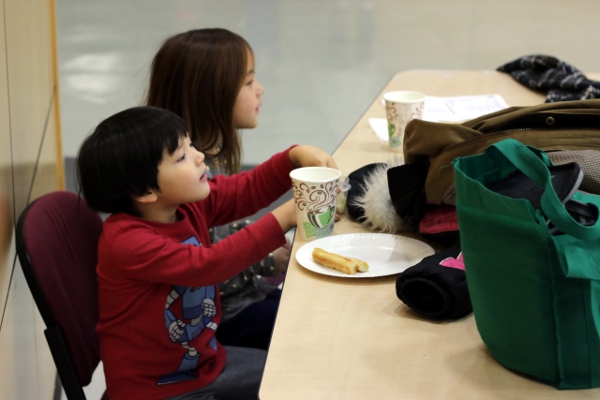 SteelyKid and The Pip eating dinner at a basketball game.

(They went absolutely bonkers after this-- it's hard to describe how hyped up they were Friday.)

And here's yet another fort: 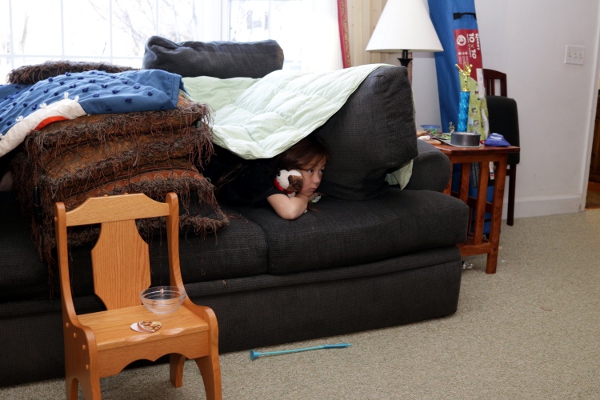 SteelyKid watching tv from inside the tunnel fort she built on the couch.

This one was relatively small, just the cushions from our living-room couch piled up and covered with a blanket to make two small "rooms" connected by a "tunnel." This was endlessly entertaining for SteelyKid, though, who was especially fired up to lie in her "room" to eat breakfast and watch cartoons.

So, how was your weekend?