The big development of this week is that construction started on the Great Chateau Steelypips Renovation of 2017. We're extending one part of the back of the house about ten feet to gain a bedroom on the second floor, and gut-renovating the kitchen, dining room, and mud room. This is a massive undertaking, with a massive price tag (more than we paid for the house in 2002), and is going to be massively disruptive later this summer. Right now, it's very exciting, because we have an excavator and giant piles of dirt in our back yard: 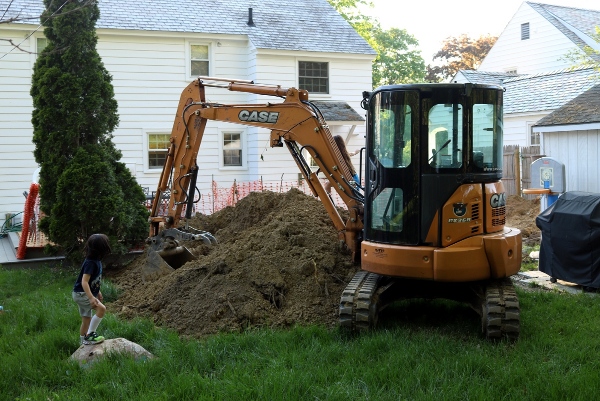 The Pip looking at the excavator used to dig the foundation for our new addition. 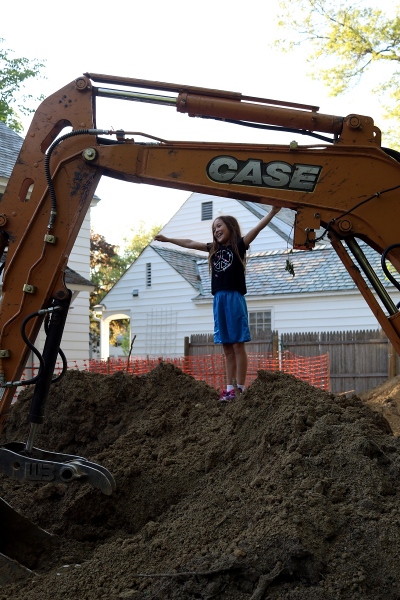 SteelyKid is Queen of the Dirt Pile.

In the first week of work, they've dug the hole, poured the concrete footer, built the reinforced cinderblock wall, and sealed and insulated what will be the crawl space under the new addition. Next week, they should start framing the exterior. The part where they rip out the entire kitchen won't be for a good while yet, but I'm already kind of dreading it...

While out exploring the yard, I also got a good Kate-and-kids shot: 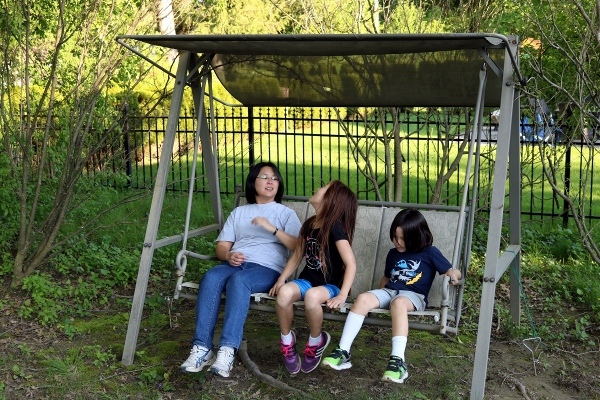 (When I saw this pose, I immediately said, "We are but poor, lost circus performers..." which is probably the only time in her life Kate has been compared to Andre the Giant... )

And to close this out, a couple of action shots, which also indicate the importance of the background in photography. This shot of Kate pushing The Pip on a tire swing, for example: 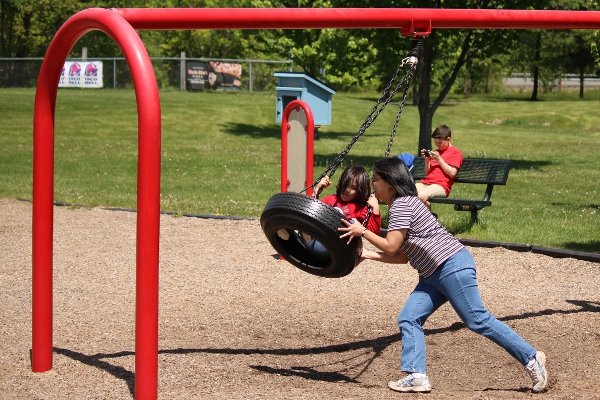 Kate pushing The Pip on a tire swing.

There's a lot I like about this, but it would be immeasurably improved without the bored teenager checking his phone in the background. There are other shots from this sequence that would be even better, but Bored Teen Boy is even more disruptive. Alas, my photo-editing skills don't really extend to clipping this dude out of the photo.

On the other hand, there's this shot of SteelyKid running to home during a softball game: 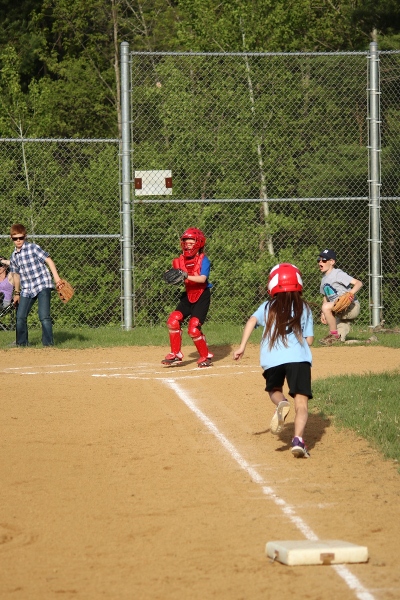 In this case, the reactions of the other people in the background kind of make the shot. I have another sequence of these, without those people, and while they're great for showing motion and the intensity of her run, they're lacking an indefinable something that this one has thanks in part to Young Rick Astley in the background, there.

So, you know, with candid action photos, sometimes you win or lose depending on random people who have nothing to do with the shot you're trying to get. Not the most profound lesson, maybe, but that's what I've got for you this week.

A kitchen renovation alone would be quite disruptive. Plan on eating out regularly for a month or so. If there are restaurants in the area you have been meaning to check out, this would be a good time to check them out.

An addition is, thankfully, one of the kinds of renovations I haven't had to do. It's just me in the house, and there is plenty of room for one here.

Are you acting as your own general contractor, or have you hired that out?

How to avoid constantly eating out during a full kitchen reno:

[1] Also useful for when an ice storm knocks out power for a week.