Water is a theme that runs through all forms of popular culture, from books to myths to Hollywood and international films, with a growing number of shorter video pieces posted online at YouTube and similar sites. Having trouble keeping your Netflix list populated? Below are some classic (good and bad) movies – good and bad – with some kind of water theme: conflict over water in classic western movies; science-fiction thrillers with a water component; visions of the apocalypse where water access or contamination plays a role; and more. (An early version of this list was published in the last volume of our biennial water book “The World’s Water Volume 7.”  [The opinions and comments on the films below are my own. I know people have strong feelings about movies…]

A later blog post will offer some of the many water documentaries and videos out there, and some interesting TV episodes as well.

Feel free to add other suggestions in the comments, and I’ll update my list! 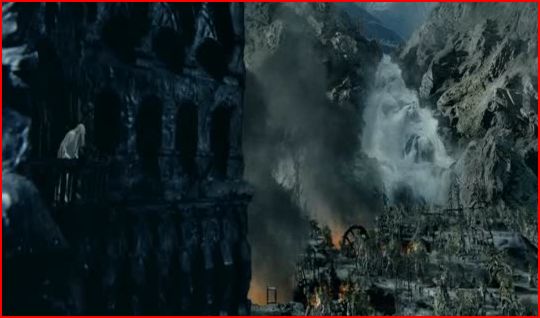 The Ents destroy the dam at Isengard from The Two Towers, directed by Peter Jackson.

In the original tank girl comic the fight was not over water but beer ( well it was set in Australia :-)

You left out "Ice Pirates" , a fun, not quite great, comedy about space pirates/freebooters who use robots to fight, mostly other robots, to steal water.

Classic line - going to buy contraband the dealer turns to the hero, runs his thumb over his middle and fore fingers in the time honored gesture for money, while asking 'You got any ... water?".

YMWV but I actually liked it a bit better than Tank Girl.