How to Build a Home in Space

Ever get sick of your life here on Earth? What about really getting away from it all; what if you wanted to live in space, orbiting the Earth, away from everyone. (At least for awhile, like a summer home.) What would you need to do it, and what would it consist of? 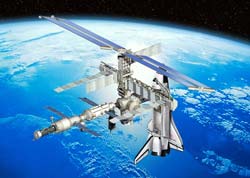 I propose an idea which I'll call a "space house," where I'll go through what I think is the cheapest and easiest way to get all the things you would need to comfortably survive in space for an extended period of time. First off, let's go over all the things a human would need to survive, while still having a good life, in space:

What? Gravity? In space? That's right. Everything that's natural on Earth, everything living, relies on gravity. Ever see an astronaut return to Earth after an extended trip into space? 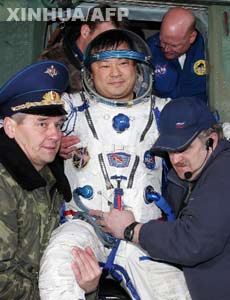 In addition to suffering bone-loss and a loss of skeletal strength, astronauts need to be carried, because their leg muscles can't support their own weight! Unless you were willing to never return to Earth and/or take a big hit in your quality of life, you need some type of artificial gravity. Also, you need gravity to do a great deal of things you enjoy doing on Earth. Simple things, you know? Like sitting down.

Well, we already know that gravity is just an acceleration. In fact, any acceleration is indistinguishable from any other. You can either waste a whole bunch of rocket fuel to keep something accelerating, or you can use our old friend circular motion. Which means instead of a crappy design (like the International Space Station), you would want a tube, disk, or cylindrical shape, so it can spin. This has been thought of before in Stanley Kubrick's 2001:

What's nice about that is that if you wanted to turn gravity off for awhile (after you've bolted the necessary things down), you could just slow down the spinning of your space house. What does this mean? Adjustable gravity. If you wanted to make a small, personal space house, the easiest design is probably a cylinder about 8 feet (2.5 meters) in radius. Make that space house 10 feet across, and you've got 2,000 square feet of floor space; not bad! Have the outer edge of the cylinder move at a speed of about 11 miles per hour, and you've got artificial gravity that's exactly the same as it is on Earth. (You could probably make them different sizes, based on budgets.) Not a bad idea, hmm?

Know what would be weird about that kind of artificial gravity, though? Gravity would be different strengths at different heights! At about your chest (4 feet high), gravity would only be half the strength it is at your feet. So if I held up a ball over my head, as high as I can reach (about 8 feet), it would remain suspended and motionless! Directions like up and down would be bizarre, too. The outer edge of the cylinder would always be "down" (or the floor), and the center of the cylinder would be "up". But what's neat about it is how little energy it would take to adjust it. For a 10-tonne space house (10,000 kilograms), it would take about 125,000 Joules of energy to bring it from rest to spinning at a speed that will give you the artificial gravity of Earth. That's the same amount of energy as you'll find in two teaspoons of sugar.

Spend a few minutes on an exercise bike and you've got a spinning space house. Who knew that it could be so easy to make artificial gravity? The only problem is that with an individual house, with something that small rotating so (relatively) quickly, the nausea might be unbearable.

So now, how do we make this feasible? Well, it would probably start with a rocket launch, where a bunch of these were pre-assembled on Earth, loaded into a rocket, shot into orbit, and then set free. You'd want to pre-install exterior solar panels so that you'd have a source of power, and you'd probably want to set up the same bathroom system that astronauts use. Put a comsat nearby and you've got internet, tv, telephone, and whatever else you want at your disposal. I'd probably want some nice windows installed, too, but I'd watch out for vertigo!

So finally, how do you get up there, along with your food, air, and water (and luggage)? Take some kind of spacecraft. 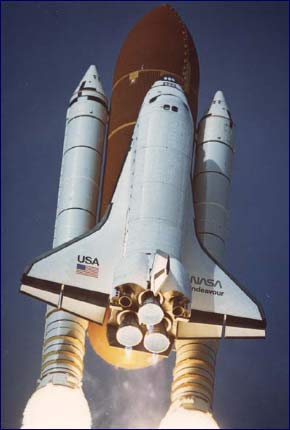 Space tourism relies on some type of shuttle to go up, carrying supplies from Earth. But can you make a space house a self-contained ecosystem? The Biosphere 2 experiment attempted to do that, with mixed results. But bring some edible plants and some topsoil up there with you in the first place, and if they can keep the air at a breathable level, they take care of your food and air needs; all you'll have to refuel for is water!

I'd like to point out that, if you made this large enough, successful enough, self-contained and mobile, this would be an alternative to colonizing other worlds, especially if we're planning on surviving beyond the lifetime of the Earth. At the very least, this is the first step in that direction. Instead of relying on finding another inhabitable planet, we may just want to take the important parts of the Earth we need with us, and figure out a way to make it self-sustaining, and go anywhere we want to!

The Physics of a Bottomless Pit

"Where you used to be, there is a hole in the world, which I find myself constantly walking around in the daytime, and falling in at night." -Edna St. Vincent Millay I'm sure you've thought about it before: what would happen if you dropped something into a bottomless pit? Image credit: original…

Classic Edition: The Moon is a Harsh Wossname

Yet another in today's series of reposts of articles about space policy. This is another old blog post from 2004, back when the Moon-and-Mars plan was first announced. As with the previous posts, any numbers or links in the post may be badly out of date, and there are some good comments at the…

Discuss: why don't they just spin the ship?

It is speculation time. My roommate and I were watching a story this morning on CNN by Sanjay Gupta about how astronauts lose bone mass while in space. One of the limitations with space travel is that because of the absence of gravity, your bones steadily deteriorate. Load bearing exercise is…

"I saw for the first time the earth's shape. I could easily see the shores of continents, islands, great rivers, folds of the terrain, large bodies of water. The horizon is dark blue, smoothly turning to black. . . the feelings which filled me I can express with one word--joy." -Yuri Gagarin It…

One of the best sites. Cool.
Good Job guys.

So I'm in a circular tube spinning in space, 2-3 km diameter (like the above picture). My feet experience 1G. If I jump off
the surface do I "fall" back as my momentum slows to the same place or is it more like a long jump, where I have to wait for the circle to catch up to where I am? If I throw a ball against spin or with spin which throw travels farther?