DAMA is at it Again!

Remember how I told you earlier this week that DAMA was going to announce that they found dark matter, even though the signal that they found is not consistent with other experiments?

Looks like my powers of predicting the future are pretty damned good. They have a new plot with more data showing the continued modulation at a certain energy range:

and also one showing the fact that they see a bunch of extra events happening in that energy range: 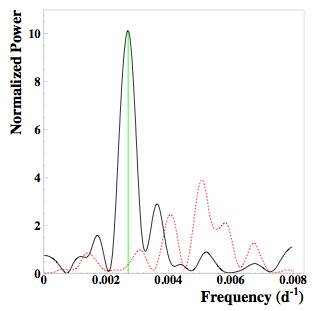 So here's the stuff that DAMA has seen: a nuclear recoil that has many events in a certain energy range, and has a 2% annual modulation in that energy range. Do we know what causes it? No. Do we know that it isn't WIMPs of a certain type (from CDMS/Edelweiss)? Yes. But does this necessarily mean that it's dark matter? No, although it's possible. What we need is a way to identify what's actually causing the signal that they see, and they don't actually have that yet.

So in conclusion, they see more of the same signal they saw before, we still know that it isn't the dark matter that CDMS and Edelweiss are looking for, and we're still not sure what's causing their signal. It could be a lot of things, and although certain types of dark matter can be ruled out, not all of them can. Dark matter? Maybe. But if I had a farm, I wouldn't bet it on this.