The Story of Neptune

(This is adapted from my public lecture, Afraid of the Dark: How We Know What We Can't See.)

discovered the planet Uranus, noticing that an object, as bright as a star, was actually moving relative to the other stars. The other five inner planets (besides Earth) were known for over 2000 years before that. But it was thought for a long time that Saturn was the farthest one.

But it clearly isn't; as you can see with modern telescopes, Uranus is a super-interesting planet, rotating on its side, surrounded by rings and moons. Take a look at a modern picture taken by the Hubble Space Telescope: 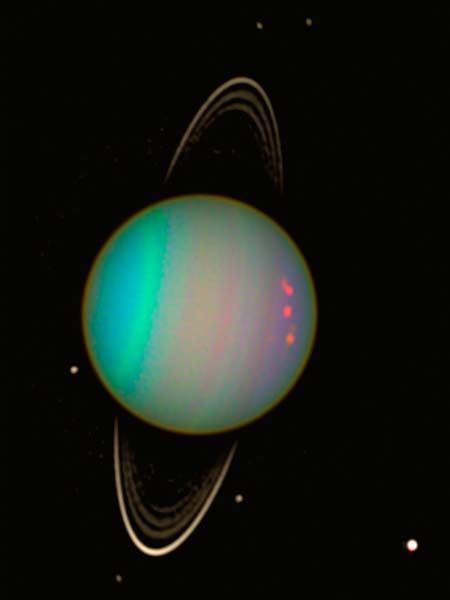 Now, we've known Kepler's laws of planetary motion for a long time, and one of those laws tells us that if we know how far away a planet is from the Sun, we know how quickly it should be moving in its orbit. (You can find the same results from Newton's Laws.) But after 60 years of observing Uranus, they noticed a problem with its orbit (astronomers are very patient). Here's the problem: it was moving at the wrong speed.

Based on how far it was from the Sun, Uranus was moving too quickly for about the first 20 years that they observed it. But suddenly, it appeared to slow down, and then was moving at the right speed, more or less, for the next 20 years. And then it slowed down some more, and was moving too slowly for the next 20 years. What was going on? Were Newton's laws of gravity wrong? Were Kepler's laws only good for the original six, inner planets? This was a crisis for astronomy. 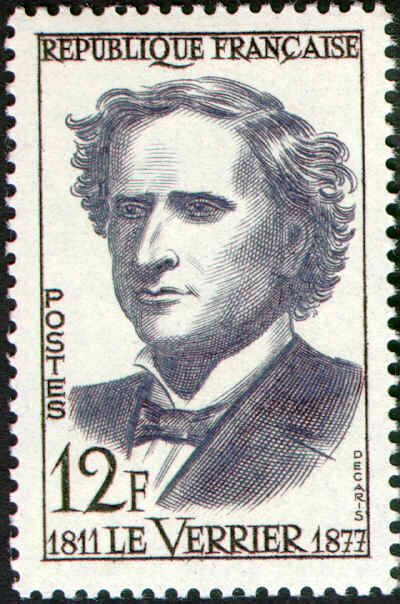 But a quiet Frenchman (with a bad combover) named Urbain Le Verrier had a unique interpretation for this. What if there was yet another planet in addition to Uranus, that was just farther out? It could, conceivably, pull it in the direction of its orbit for the first 20 years, like so (planets are moving counterclockwise):

and then, for the next 20 years, it would simply be pulling it opposite to the Sun, so we wouldn't notice a speed-up or slow-down of its motion:

and then finally, over those last 20 years, it would be pulling Uranus backwards in its orbit, causing it to look like it was slowing down:

Outrageous! Blasphemous! Preposterous! But he was confident in his calculations, and announced his results publically on August 31, 1846 in front of the French Academy. He composed a letter detailing his prediction to astronomer Johann Galle at the Berlin Observatory; the letter arrived September 23. That evening, Galle and his assistant, d'Arrest, pointed their telescope towards the location Le Verrier predicted.

And there it was, off by less than one degree from Le Verrier's predictions. That's how we discovered the 8th planet in our Solar System, Neptune. If you have an understanding of gravity, of physics, of the laws of nature, and you see an effect, you can figure out the cause. And that's what science is, at its best!