There's a new scientific paper online today about a very special and rare type of star: an ultracompact X-ray binary star. (One of the authors is surnamed Maccarone.) Let's start by explaining what these things are, how they work, talk about this one in particular, and what it all means. You've heard of binary stars before; these are systems where, instead of having one fusion-burning star in it (like ours), there are two. It turns out that most star system in our galaxy are binaries. If Jupiter were about 70 times more massive, we'd be living in a binary star system ourselves. 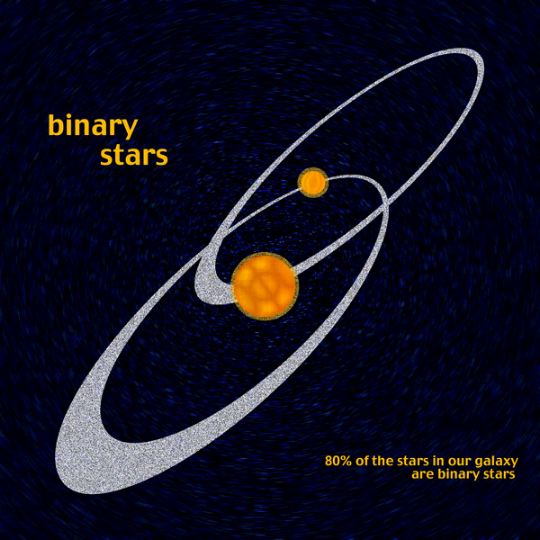 Well, let's say you've got two stars -- relatively close together -- where one is collapsed and tiny, but the other one is normal sized. "Collapsed and tiny" is what happens to most stars eventually; stars like our Sun will become white dwarfs, which have about the mass of the Sun but are smaller than the Earth, while more extreme versions can become neutron stars (only a few kilometers) or even point-like black holes! The fact that one of these stars is tiny has a fantastic effect. Imagine the following you took a little piece of dust and you dropped it, from very far away, at the Sun. It would strike the surface moving at more than 600 km/sec, which is pretty fast. But if instead of the Sun, you had a collapsed white dwarf, it would strike the surface at about 20,000 km/sec, and if you had a collapsed neutron star or black hole, you'd nearly reach the speed of light!

Well, you know what emits dust-like particles all the time? Stars. We call the stuff that comes from ours the solar wind. What happens when you put this other star near a collapsed star? 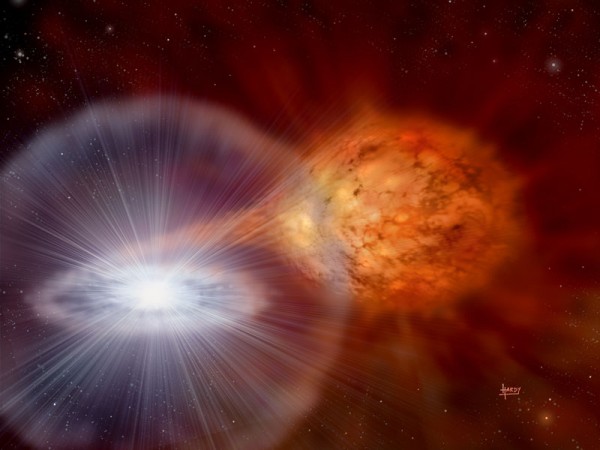 The little star eats this dust up! Not only that, but -- because the dust accelerates so much -- we see high-energy light coming from this star. It's so powerful that, even for stars tens of thousands of light years away, we can see X-rays coming from them! That's what an X-ray binary star is. An ultracompact one is where these stars are ridiculously close together. To give you an idea of what's "normal", Mercury, our closest planet to the Sun, is over 50 million km from the Sun, and takes 88 Earth days to make one revolution. Well, what do you think will happen if we look in a globular cluster, an area of space just a few light-years across containing about a million stars? 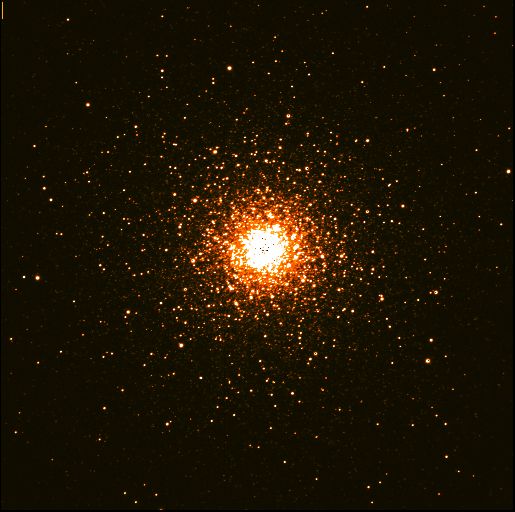 Well -- and this is what the scientific paper is about -- they've discovered an X-ray binary that orbits its companion every 17 minutes! If we assume the star has the mass of the Sun (it's actually slightly less), this translates into a distance between the two stars of 150,000 km, or significantly less than the distance from the Earth to the Moon! Except these are stars, not planets and moons! Do you know what happens when you take things that massive and have them orbit that closely? 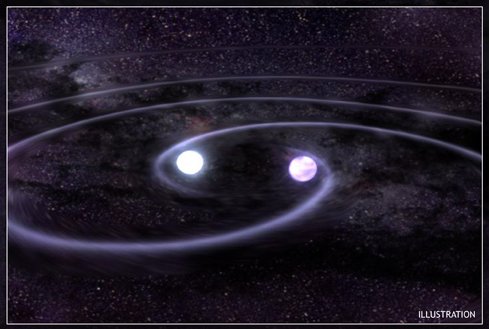 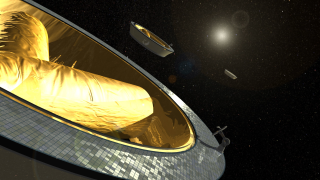 (And click here for a huge video look at LISA.)
This is great for a lot of reasons, but the greatest for me is that this is the last major untested prediction of Einstein's theory of gravity! If we can get this right -- and LISA looks like it'll be ready within about 15 years -- we will be able to confirm our understanding of gravity and space like never before. We now have the perfect candidate to look at, and can model exactly what signal to expect. Whether we see it or not, it's a tremendously interesting question to answer! Now, where's the bailout for my spacecraft...
Tags
gravity
Stars

I'm a complete layman to astrophysics, but I really do enjoy your articles. Great stuff, thanks!

There must have been a lot of orbital decay going on for a long time, our own sun is nearly 10 times larger than their orbit, and I presume white dwarfs start out as regular suns? How close can normal stars orbit each other without blowing each other to pieces with solar winds?

Mu, they would merge; gravity is always stronger than the solar wind for a solid (as opposed to hollow, not liquid or gas) sphere.

My first thought about binaries is always: what do the orbits of planets within the system look like? Do they orbit the center of gravity of the two stars or do they have bizarre wobbling orbits perturbed by the binary? I'm trying to imagine a particle simulation using straight Newtonian physics and my intuition tells me that if it's the latter then planets in a binary such as this would have highly unstable orbits. Then again, I have a high school education ;)

Um, is it actually making an accretion disk like that second picture shows? I thought you only got mass transfer that looked like that when one star poofed out of its area of influence. From what you've said it doesn't sound like stellar wind would make a nice disk like that...

Brando: If the stars are sufficiently far apart, planets can stably orbit one star or the other, just as moons stably orbit planets in the Solar System. You can also have planets stably orbiting the primary star in the same orbit as the secondary but leading or trailing by 60 degrees (these are the L4 and L5 Lagrange points), as the Trojan asteroids do in Jupiter's orbit. For a close binary you might get stable or semistable orbits which are well beyond the orbit of the secondary, provided there aren't other stars close enough to perturb the orbit--it doesn't take much of a perturbation to either eject the object or send it much closer to the primary star (most comets originate thus). If the distance between primary and planet is the same order of magnitude as the distance between primary and secondary and the planet is not close to either L4 or L5, the orbit is guaranteed to be unstable.

Hi Ethan. I was wondering what fraction of C these stars aree moving at? Thanks!

*pouts* I should have done the math myself. That's slower than I thought - not fast enough for any relativistic weirdness?

But do we want to confirm this last prediction of GR? Wouldn't we rather discover something new that would help us towards unification? Like the precession of Mercury's orbit led us to GR back in the day.