Science: What is it really all about? 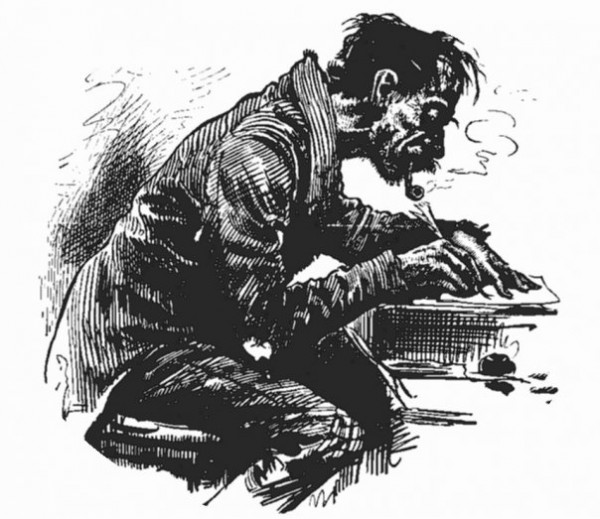 1. Journalists: There are some excellent science writers and journalists out there. (Miles O'Brien was one of my favorites.) There are also some horrendous ones, as Jessica Palmer helped reveal, who I would go as far as to call sensationalistic, lying frauds, like Richard Alleyne. The huge problem with this is that the journalists are not necessarily scientifically competent, and are unable to distinguish between what's conclusive and inconclusive, what's valid and invalid, and what's forbidden and what's allowed.

As an example, I recently read an article proclaiming that common activity X increased your chance of cancer Y by 150%. Sounds horrifying! Until you realize that there were 100,000 people in each trial. Of the people who did activity X, five of them wound up with cancer Y. Of the ones who didn't two got cancer Y. That is not scientifically significant, but the study was published anyway, and picked up by major news media. 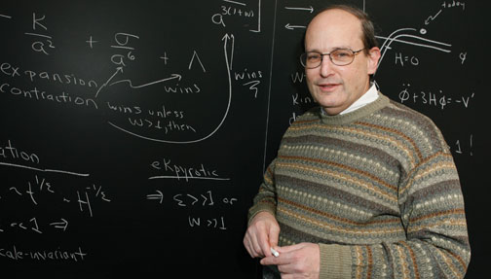 2. Scientists: Why not go straight to the source? Why not get the science directly from the scientists? Well, in this month's Physics Today, Helen Quinn (a physicist whom I've met and respect deeply) writes as to why:

Science has tremendous patience for detail. By examining the details, we learn the inadequacies of even our most successful theories and how we must change them. Scientists eagerly seek the details that have not been tested and hope they will conflict with the best available theory because that provides an opportunity for new understanding to emerge. Skeptical testing and retesting of ideas is central to the way science works. Only when every possible detail has survived multiple tests can we say that a theory is well-established, and then only in the regime where the tests were passed.

Their passion for detail sometimes makes scientists' communication difficult for laypeople and students to follow. Often, scientists present so much detailed information that even the most interested listener gets lost in it. Although important to the progress of science, such details can overwhelm or bore the nonexpert. In everyday life, insistence on the way every detail is to be understood is viewed as overly pedantic and generally irrelevant.

The big problem with going straight to a scientist is that you are likely to get: 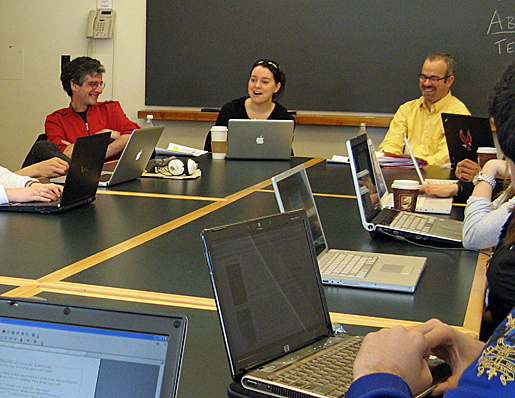 3. Science bloggers: As Ian O'Neill at AstroEngine writes, perhaps science bloggers can bridge this divide. He makes some good arguments, but there's a problem with the crux of his argument.

...scientists think of science both as a process for discovering properties of nature and as the resulting body of knowledge, whereas most people seem to think of science, or perhaps scientists, as an authority that provides some information -- just one more story among the many that they use to help make sense of their world.

At the end of the day, there are a lot of different avenues to take. For me, the most important part of science is that resulting body of knowledge that we've gained from all of the scientific investigations that have ever been done.

Whatever you believe, however you make sense of the world, you must be consistent with what that scientific body of knowledge tells us, or you're just wrong. If you know you're inconsistent with what that scientific knowledge tells us, then you're worse than wrong, you are deliberately, willfully ignorant. Everyone has their own approach to education, and mine is to simply tell you what we know and how we know it, in as straightforward, interesting, and unambiguous a way as I can come up with. Maybe someday I'll have a bigger soapbox than this blog, but for right now, this is the best I can give you, and I can't really recommend anything other than your favorite science writers here at scienceblogs and in my blogroll. As far as meeting the goals I set for myself, sometimes I do well, sometimes I do poorly, and sometimes I even make mistakes and get things wrong, but to increase your knowledge, interest, awareness and appreciation for what we know is always what I strive for. (Sometimes with a bit of humor thrown in.)

Science is knowledge, knowledge is power, and power is less than 25 cents per kilowatt-hour. You bring the interest and yourselves, and I'll keep bringing you as much as I can to help you make sense of the natural world. And if I'm getting it wrong, for the love of knowledge, let me know!!!

Ethan, I come here for the centerfolds only.

Seriously, learning is the meaning of my life. Applying that learning makes for a happier life, but I can only do that in one area. I try to broaden my learning for the purpose of understanding as much of the universe as I possibly can.

I have not been coming here for very long, but I have enjoyed what I see here and will continue to visit.

Justly said Ethan, knowledge is power- the power to do away with false beliefs and accept truth to live a productive life.

I wish you could have come to the Lindau Meeting with me and meet Harry Kroto. He's a great guy and shares many of the views that you and I have.

Here, here to science as well as science.

It's not just Americans who come here for their science news: the Internet brings us from all corners of the world.

Thanks for a great science resource and for learning me stuff wot I don't know :)

As Jogga said, not only Americans visits your blog. I'm from Romania and I am reading your blog because you have a beautiful way to present science and everyone can understand easily what you are meaning. Please keep up the good work.

If we could manage to produce a situation in which the public was scientifically literate, presumably science journalists would be also.

Agreeing with karka and Jogga. Your blog is read all around. Your postings are always very informative and I pretend to almost understand astrophysics. I can't wait for my lesson every day. Pretoria, South Africa.

One big question is: can we convince people that the willful ignoramuses are wrong and should not be heeded? What sort of success can we have, for example, of convincing people that Jenny McCarthy is a loud ignorant bimbo and vaccines don't cause autism? Why do some people believe the first thing they're told and then cling to that belief no matter how wrong it is?

I'm getting really tired of explaining to "greenies" why planting trees is not an effective means for reducing carbon dioxide emissions. Everyone knows that trees take up carbon dioxide, so surely planting trees will work? People seem to have a very hard time understanding that for a tree planting scheme to work we essentially have to give up food production. Sorry, we just can't plant trees quick enough to soak up what we put out by burning ancient dead trees and animals. Yet people don't like hearing that - it sounds environmentally irresponsible to say that planting trees won't work (or at least is not a sensible solution to this problem). Misconceptions such as "tree planting will solve our problems" are outright dangerous; there are numerous people at this moment engaged in tree planting and claiming that a problem is being fixed. People might feel warm and fuzzy about it, but science says it's nonsense. Nasty science, how dare it not conform to public opinion.

It is fantastic to have readers from so many countries! I had no idea, but I also got other comments from Shanghai, the Netherlands, Croatia... really, from all over the world! So thank you; I'll continue to use both English and metric units in my posts!

And Madscientist, we can, and we have in the past. "Crazy ideas" like antisepsis, cholera treatment, germ theory, etc. are all (practically) universally accepted. But there are different ways to argue it; perhaps this pyramid might help?

You can mark me as someone who, until reading science blogs and popular science books, did not understand science. I took exactly one science class after high school, and was never exposed to science the way you and other describe it until I started reading blogs like this.

I may still be unrepresentative of the general population because I'm more curious about scientific knowledge and where it comes from than most, but you can count me as someone who really has learned (or at least thinks he has learned) something meaningful about science as a process and as a body of knowledge through reading blogs like yours.

I'm convinced there is a job out there for me that involves taking scientific research and translating it into material readable by the masses, but for now, I'll just come here and read.

Well, of course bloggers can bridge the gap. But the gap that needs bridging is the one to the journos. As long as (some) science journalists are too arrogant to accept the expertise of bloggers, they're gonna suck.

I hope that as the next generation of journalists come out, they'll not see blogs as competition, but as support.