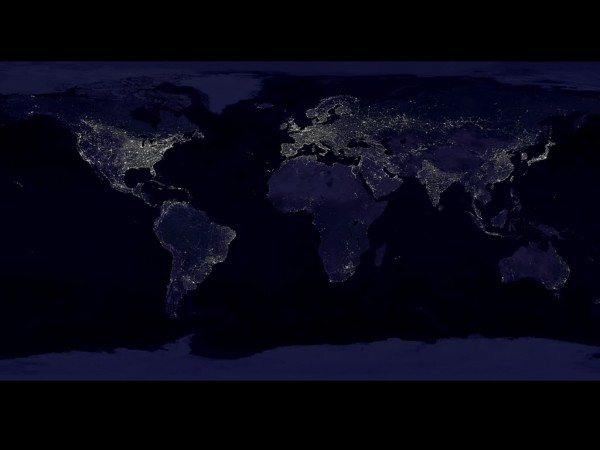 But while watching the episode about squid fisheries, I was shocked to see how severe light pollution was over the ocean where squid fisheries are located. 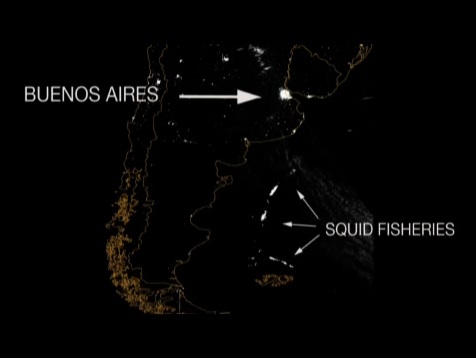 It's just amazing how bright these lights are! I had no idea there was this level of light pollution over regions of the ocean, but there you have it.

"The loss of the night sky is most troubling for children. Whole generations of kids in cities and suburbs are growing up seldom if ever having seen the milky way and what a sky full of thousands of stars look like." -Timothy Ferris While Dave Chappelle will tell you that everything looks better in…

"Let the great world spin for ever down the ringing grooves of change." -Alfred Lord Tennyson Welcome back, for another Messier Monday here on Starts With A Bang! Each Monday, we've been taking a look at one of the 110 Deep-Sky Objects that make up the Messier catalogue, a mix of clusters, nebulae…

Oh, Professor Myers is not going to be pleased about this.

Squid hunting with bright lights on boats can be a major nuisance for astronomers as I had to experience myself while observing the 2001 Leonids meteor storm in Korea from the grounds of a professional observatory in the south of the peninsula.

Most of the lightpollution you see in my images comes from those %$%&$Â§ boats way off in the distance yet dazzingly bright - why don't the makers of these lights just turn on their brains and realise that with shields they would direct more light into the water instead of into the sky? But no, these lights are completely unshielded, AFAIK from close-up pictures of these boats. Sigh ...

My dad always tells the story when he was camping and saw some strange lights on the horizon at night. It was an actual Undefined Flying Object. The following morning the asked around and was told about the squid hunting lights.

To me, the light pollution from squid fishing fleets is old news (came up on pharyngula over 4 years ago).
What shocked me was the number of wildfires in central Africa.

Those squids need to stop glowing in the dark.

With any luck, street lighting will move to LED arrays so we will no longer have > 50% of the light output radiated to space. I used to hear about projects by amateur astronomers to encourage their local municipalities to at least use reflectors to improve lighting at the ground and diminish light directed upward where it's not needed anyway. I haven't been hearing about any great success there though.

Now if you look at the MODIS images, the world looks bright any time of day ... :)

Where did you get this picture from? Anyways assuming this is the view from space, I can't be surprised I can't see any stars in the city I am residing now.

It is just so bright you can barely a single star on the night sky.