Colliding Galaxies For Fun and For Science!

If you've never been to the Galaxy Zoo website, you have been missing out. The Sloan Digital Sky Survey is a pretty impressive telescope, but the wide-field camera system on it is what's truly amazing. Have you ever seen a telescope that looks like this before? 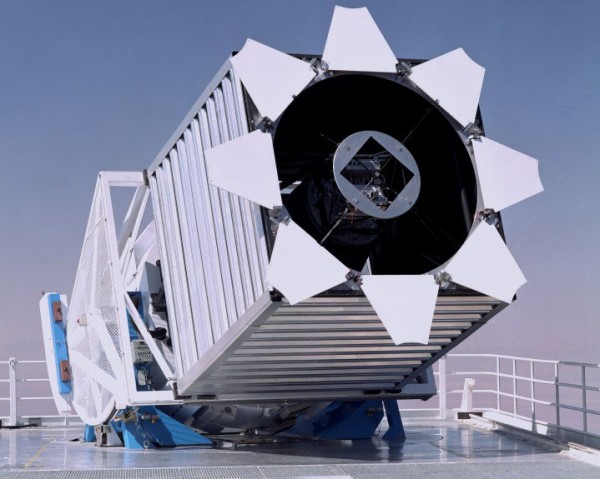 This telescope surveys a huge area of the sky, taking the highest resolution pictures of tremendous regions of space. We not only get to take a census of a very large region of space, we also get unique views on -- literally -- hundreds of thousands of galaxies. This gives us both the forest and the trees. Sure, I may write more about what the great, large-scale structure of the Universe looks like. 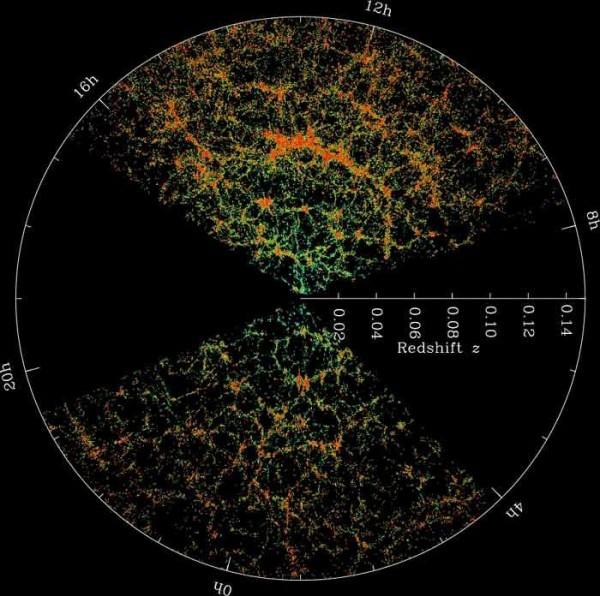 But Galaxy Zoo has developed an outstanding game where you can help astronomers by doing something that humans easily defeat computers at: visually matching galaxies to simulations! The Universe has -- we think -- somewhere between 100 billion and 1 trillion galaxies. Because of gravity, these galaxies attract and sometimes merge with one another. The ones we've "caught-in-the-act" are one of the highest forms of astronomical eye-candy: 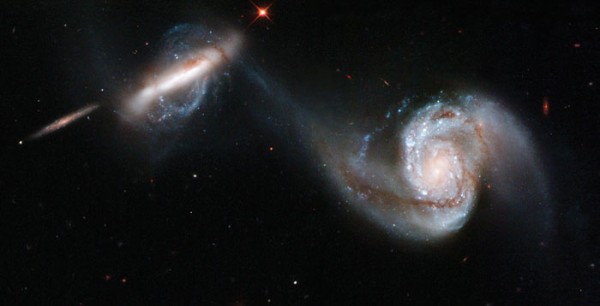 With numerical simulations, we can model merging galaxies really well! Some configurations look an awful lot like the actual mergers we see in space, too. Do you see any similarities between the above (astronomical) image and the lower (simulated) image? 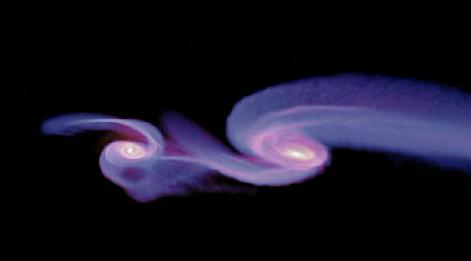 Of course you do! But a computer can't. Humans are much better at recognizing the visual patterns of similarities and differences between these observations and simulations than computers are. And galaxy zoo needs your help! 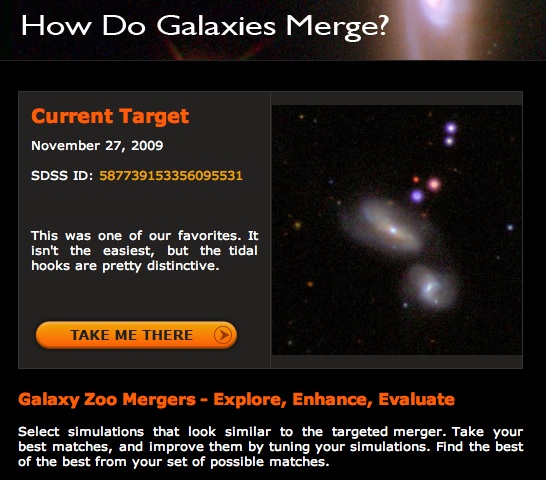 Just go to http://mergers.galaxyzoo.org/, create an account, and you can help astronomers, worldwide, figure out how these merging galaxies came to look this way! You tell us what you see, and you teach us what the Universe was like in the past!

How does it work? You click on the image, and it takes you to eight computer simulations that may look like the image in question. All you do is pick the one (or ones) that look like they match up the best! 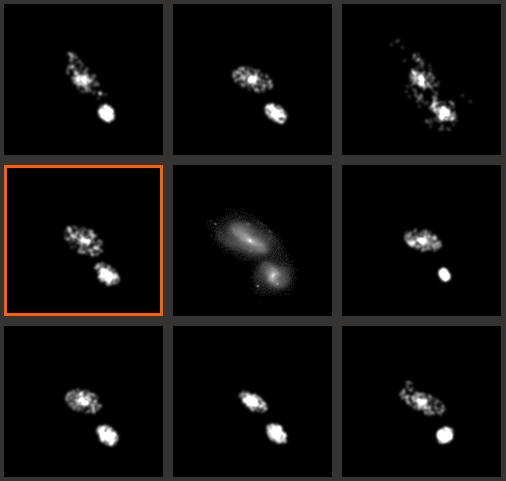 What I find most remarkable about this? The average, untrained person is skilled enough to be a tremendous amount of help in nailing down which simulations match up best, and so we can know how these galaxies merged! (Not only that, but there's a very good chance that you're better at this than I am!)

So while you're recovering from your turkey hangover, click around and explore for a bit. Not only is it fun, it's a chance for you to teach something to a professional astronomer!

"The Universe has -- we think -- somewhere between 100 billion and 1 trillion galaxies."
Aren't we settling in at 100 Billion? Waaayy back in med school I remember that being the number. If we're closer to a trillion I want to know.

Galaxy Zoo was a cool website, thanks for sharing it. 150,000 people is quite a collaboration. What they're doing over there is really innovative. It's really smart to get volunteers like that to map out the universe. I'm definitely creating an account once I have a little spare time.