You're making me angry. You wouldn't like me when I'm angry. -Bruce Banner

Hey, LHC, what did those protons ever do to you? You take them, accelerate them to the fastest speeds we've ever accelerated protons to on Earth, and then smash them into one another with more energy than ever before! 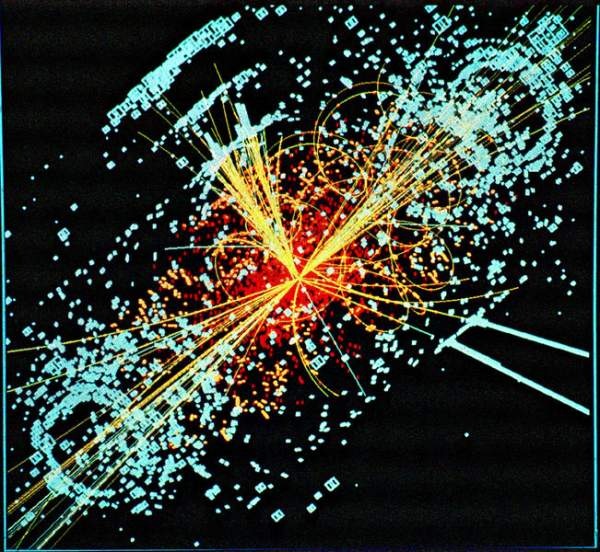 The Large Hadron Collider takes bunches of protons, accelerates them in opposite directions inside its giant ring, and smashes them together -- ideally -- at the centers of these giant detectors. 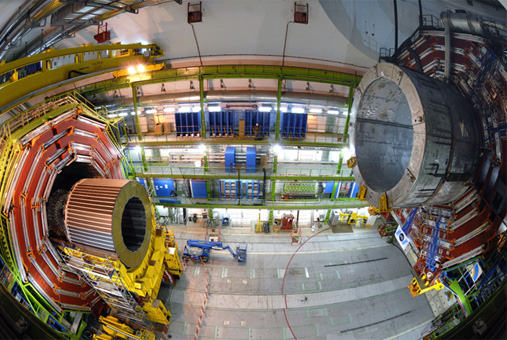 At Fermilab, each proton would come in with an energy up to about 1.0 TeV, for a total collision energy of 2.0 TeV. Each TeV, remember, is a Tera-electron-Volt, or 1012 electron-Volts. 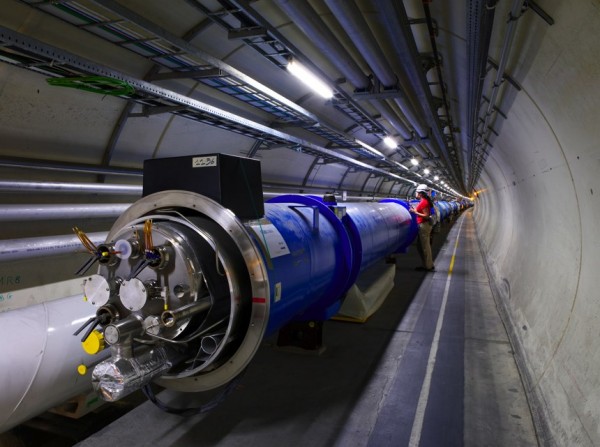 Why do I need all that energy to find the Higgs, which should have a mass that needs less that 0.2 TeV of energy to create?

I mean, wouldn't it make sense that Fermilab should've found the Higgs already? It's just a question of energy, isn't it?

Well, it's only a little bit more complicated than that. Your reasoning would be perfect if -- instead of protons -- you were colliding electrons with positrons. 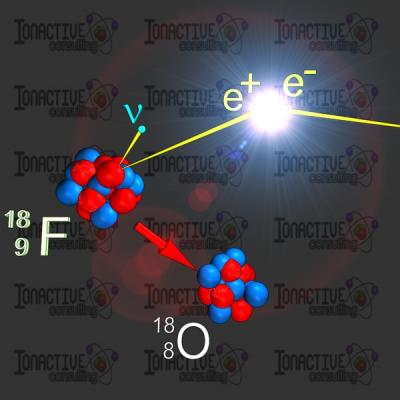 Before they had the LHC (the Large Hadron Collider), they had LEP (the Large Electron-Positron... collider) in the same underground tunnel! They made many discoveries there, including the Z0 boson, but only got up to 110 GeV of energy total.

But there's a big difference between electrons and protons. Electrons are -- as far as we can tell -- just points with mass and charge. You smash a 55 GeV electron with a 55 GeV positron, and you're guaranteed to get 110 GeV of energy available to create new particles, whether they're photons, bosons, quarks, or anything else. 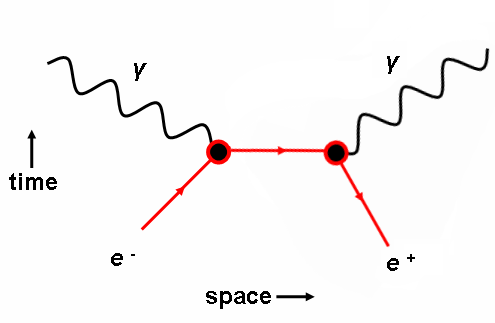 But protons don't work that way. Protons are made up not only of three quarks each, but also countless gluons and many sea quarks. Although each proton may have a tremendous amount of energy, it isn't the protons, per se, that collide. It's just a single quark or gluon inside each proton that goes "smash!" 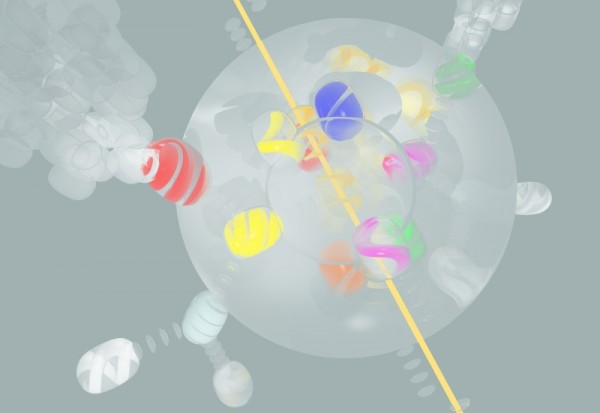 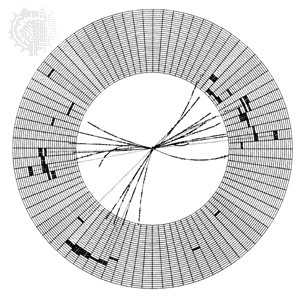 So clean in comparison! But so limited in energy, too. So we can get more energy, eventually, out of proton-proton collisions. But the trade-off is that you have to put a lot more work in to get the same results as electron-positron collisions, including sifting through billions of useless collisions to get the one useful one.

So be patient; it's going to take a long time for any new discoveries to come to light. But the payoff? If the Higgs exists, the LHC is going to find it! 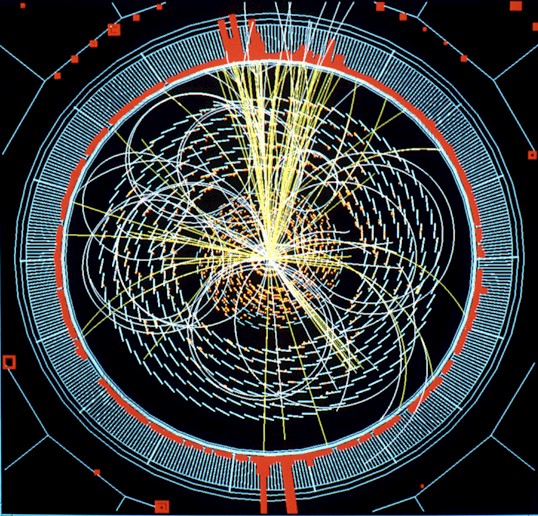 (Eventually.) Good luck to everyone over there; I hope to hear the good news soon! In the meantime, smash away! 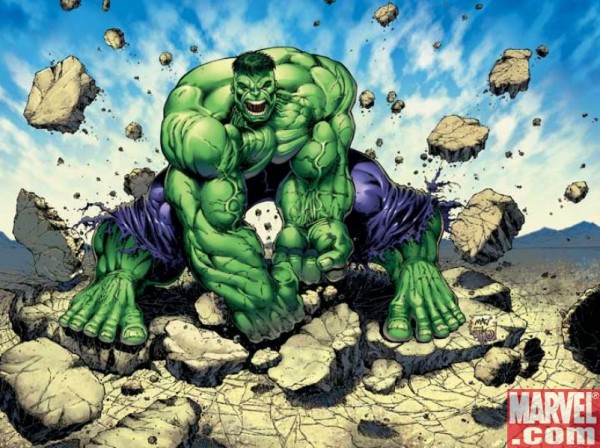 I'm sure I've seen this before, but what does the presence of the Higgs mean for physics research in this area? What questions will be raised if the Higgs is found?

The Higgs is long missing piece of the puzzle in the Standard Model. It's the theoretical particle/field that gives objects mass. Understanding how and why objects have mass helps in turn answer one of the other great mysteries: gravity.

If the Higgs is found, great. But if it's not, does that rule out the existence of the higgs completely, or will we just build a bigger collider? Does the quest ever end? And, same question about super symmetry partners. If they're not found, will the string guys go away?
Thanx for these posts - highly educational on a hot topic.

Eh, I suspect if we don't see a solid Higgs candidate then it tells us that there's something wrong with the Standard Model - that could also be pretty exciting.

Some of the greatest breakthroughs in science have been when nature surprises us with a result we did not expect.

That's not quite accurate, and the difference is subtle. The Higgs field gives elementary particles mass, not all objects. For example, the proton is made up of many quarks, as Ethan pointed out. And quarks have mass, which they get from [presumably] the Higgs. But the quarks constitute only a very small part of the proton mass. The proton mass comes mainly from the binding energy of the quarks, i.e., from the gluon field, NOT from the Higgs field. That doesn't mean gluons have mass, it means they carry energy. So the mass of everything we're familiar with (i.e., normal matter) has nothing to do with the Higgs.

The relationship between the Higgs and mass is not so fundamental that it will tell us what MASS is; Einstein did that with E=mc2. The Higgs simply provides a way for elementary particles to get an effective mass, from a field with a non-zero vacuum energy.

Have the particles that make up atoms always been theorized first and then found later in experiments like this or have they been found first and then built into a theory that explains their existence?

Also, when the 2 protons are smashed together and the thousands of smaller particles fly off, how is each one determined to be a certain type? Do they measure the charge of each one?

After going to the wiki link for "sea quark" I now have a headache. No wonder no one really understands QM!

Rutherford (or his students) discovered the nucleus, but he still had to work out what it was made of, so mu.

In the 60s, they kept finding more and more particles (look up "particle zoo" on wikipedia). The Standard Model came together as a neat explanation of the "zoo". So quarks and gluons and the Higgs boson were part of the explanation - as well as being predictions in themselves.

Here is the first part (10 minute chunk) of a superb 3 episode BBC documentary on the history of the atom and the personalities involved. The whole thing is on youtube and I can't recommend it highly enough.

it's just too bad that higgs is traveling back in time to prevent it's own discovery.

"So you can get to higher energies with protons than electrons, but they're also far less efficient."

One loose end: I don't think you were explicit in explaining why you can get to higher energies with protons.

the neutrino is another particle that was postulated first and discovered second. Pauli got the idea in 1930 to explain missing energy and momentum in collisions, and it wasn't until 1956 that the neutrino was detected.

When electrons are accelerated, as in a synchrotron, they emit photons. Do proton beams also emit photons? As a mere chemist I've always associated light with electrons (well, that and nuclear decay).

They do indeed. ANY charged particle, when accelerated, radiates (e.g., Bremsstrahlung).

@Brando #4: If a Higgs particle is not detected that doesn't necessarily mean there is something wrong with the model (unless the model predicts that the particle absolutely must be found with the given experimental conditions). Otherwise "something wrong with the model" can only be demonstrated by data which is inconsistent (not predicted by) the model - for example the "Thomson Model" of the atom vs the alpha scattering (Geiger-Marsden) experiment.

Thanks for the corrections, guy. I suspect I'm suffering from a bit of Dunning-Kruger Effect on this ;)

Friend of mine that used to work at SLAC likened smashing protons together to smashing two garbage trucks together. Then looking at all the pieces flying off to figure out how a VCR works.

@MadScientist:
Protons emit photons when they are accelerated but much less effeciently. Take a look at:
http://hyperphysics.phy-astr.gsu.edu/HBASE/Particles/synchrotron.html
It shows that electrons emit 10^13 times more synchrotron radiation than protons.

@MadScientist, c.f. LT at 17:
It is as LT says: both electrons and protons radiate when accelerated, but protons less so. This is why the LHC, a proton collider is a ring and will reach unprecedented energies. Rings are nice because you can circulate the beam many times while getting the particles up to speed and maintaining them, but circular motion is accelerating so they also tend to radiate away energy. With electrons we couldn't maintain the same energy because they would lose too much while circling. The proposed ILC(international linear collider) would be an electron collider, which, as per the name, would be linear. This would allow us to collide electrons at very high energies, though still less than the LHC and avoid a lot of the messiness that comes along with quarks. However, you lose the advantages of a recirculating beam and you have to build a very long, straight tunnel somewhere. The ILC would be complementary to the LHC, giving us a better handle on many precision measurements. But of course, getting governments to shell out money for it before there are any confirmed LHC discoveries, would be quite a trick. It seems to be officially on the back burner for now.