Looking Inside at Baby Stars!

Before you were conceived I wanted you

Before you were born I loved you

Before you were here an hour I would die for you

This is the miracle of love. -Maureen Hawkins

But I'm not talking about human children, I'm talking about the children of the stars. Stars burn their fuel until they no longer can, and then die in one of two impressive ways, depending on how massive they are. If a star is up to around four times as massive as our Sun, it dies by collapsing down to a white dwarf and blowing off its outer layers into a planetary nebula. 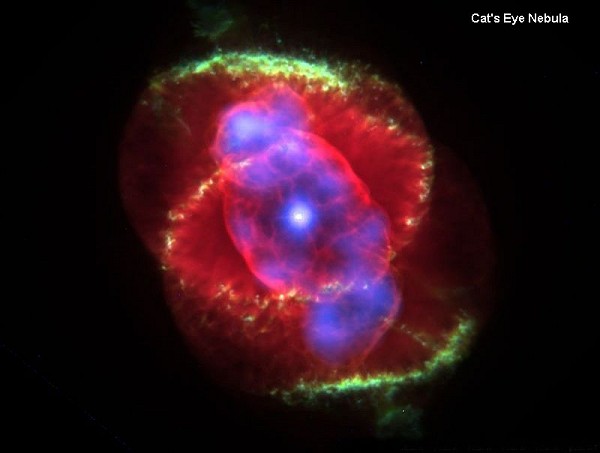 On the other hand, if your star is very massive -- like more than four times as massive as our Sun -- the white dwarf you'd want to make will collapse under its own pressure, creating a supernova! This spectacular explosion is way more violent than the tame planetary nebula, and leaves a remnant full of gas and many light-years wide. 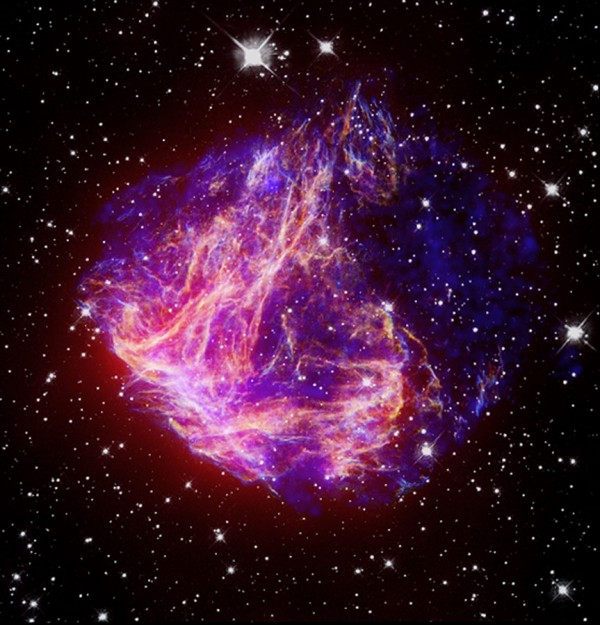 These latter ones -- supernova remnants -- are often the trigger for the formation of new stars. Let's take a look at one in particular: The Tarantula Nebula. 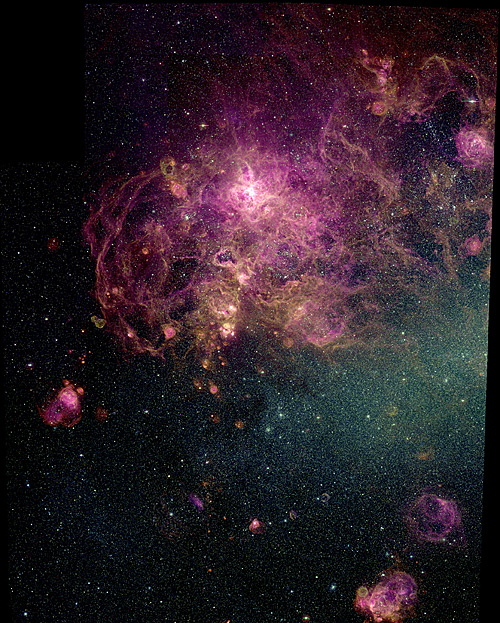 Over 100,000 light years away in the Large Magellanic Cloud, this supernova remnant leaves a giant cloud of gas strewn across space. Well, give this cloud of gas enough time and enough gravity, and what's going to happen? It's going to collapse into clumps. What happens when you get a bunch of gas gravitationally collapsed into clumps? They start to ignite the nuclear fusion reactions, and form new stars! So what does Hubble see when it looks in at the center of this region? 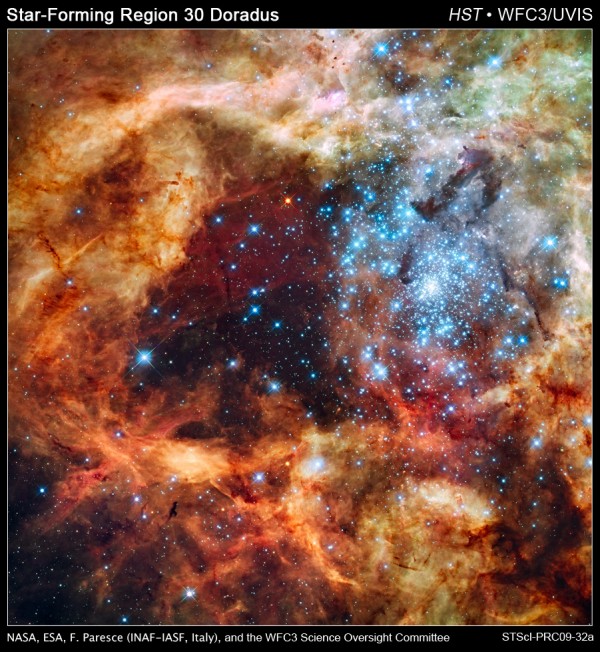 A bunch of blue stars! Is that because these are baby boys? No; it's because when you form stars, you form them of all types: from the many cool, dim, red K- and M-type stars to the few hot, bright, blue O- and B-type stars.

The O- and B-type stars, because of how massive they are, burn through their fuel very quickly: in a few million years at most. So when we find these bright, blue stars, we know that this is a very young cluster of stars!

Well, this Hubble picture -- like all Hubble pictures -- comes in extremely high resolution. So what does this inner, star-rich region really look like? 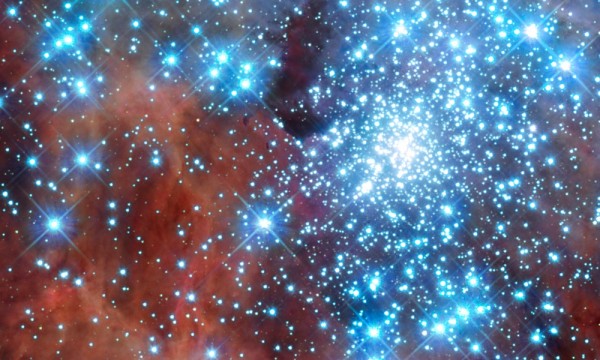 In a mere 200 million years -- 2% of the total lifetime of our Sun -- all of these hot, young, blue stars will have burned out and died. Yet, for the time being, Hubble can enjoy these short-lived stars, and you can get an ultra-close up of them, even though they're over 100,000 light-years away! 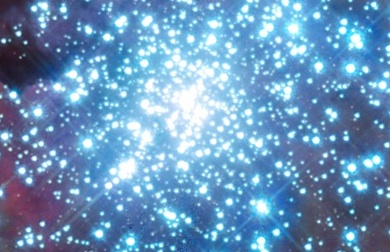 And remember, every supernova that you see, hear, or read about is destined -- in merely a few thousand years -- to give rise to a whole host of new stars, just like in these images.

WOw,
These stars are so pretty. It is the beautiful light of explosion that show me this amazing performance.
Our sun is "M" star, isn't it?

Those are some big babies!

Too big even to play for the Celtics.

love hearing the story behind the beautiful photos ethan.

one thing though is that i'm never sure when these photos are fake colours, what you'd actually see in the visible wavelengths or a composite. are the stars actually that blue? are the gas clouds really so colourful?

Just for clarification, these stars are not born out of gas formerly in the exploding motherstar but from gas around the supernova that gets compressed by the shockwave? 'cause otherwise that star gone supernova would have to have been monstrous.

Just for clarification, these stars are not born out of gas formerly in the exploding motherstar but from gas around the supernova that gets compressed by the shockwave? 'cause otherwise that star gone supernova would have to have been monstrous.

Thanks! I was just about to make the same correction.

Yep, Tarantula isn't a supernova remnant, though no doubt it contains them. Law of conservation of mass(-energy).

Reminds me of a firework - big boom, cloud of smoke - and then that little rain of sparks that crackles at the end... it's just a bit slower unfolding

Pretty. How about you write something about the warm-hot intergalactic medium? What do we know about it? Does this stuff expand with the background?

I recently watched "Through the Wormhole" narrated by Morgan Freeman on Youtube where they suggested that black holes may be created when very big stars collapse. Due to immense gravitational forces it is possible, they say, that this is the way how black holes are created. What do you think?

These are simply awesome photos that you use to accompany your article. Amazing what these space telescopes are capable of presenting to us.