Is the Universe a Giant Hologram?

Note: I'm on vacation this week, so here's one from the vault. This article first appeared on my old website, back in February of 2009.

Some days the questions I get are easy, and some days I get questions from our longtime reader, Ben. This past week, there have been reports all over the news that our world may be a giant hologram. Let's take a look at what's going on. 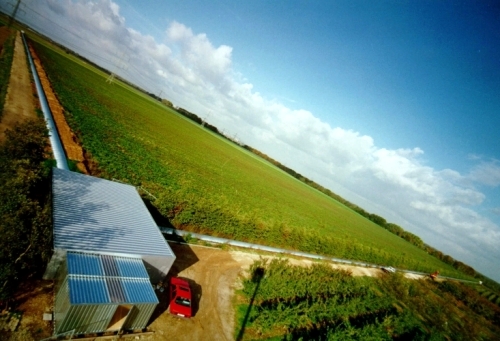 In Hanover, Germany, there's an experiment called GEO600. These are two perpendicular lasers, and they shoot out for thousands of feet, get reflected, and come back to their original location to make an interference pattern. 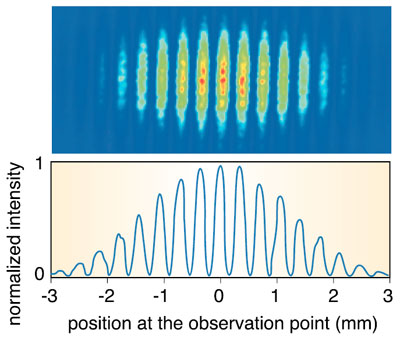 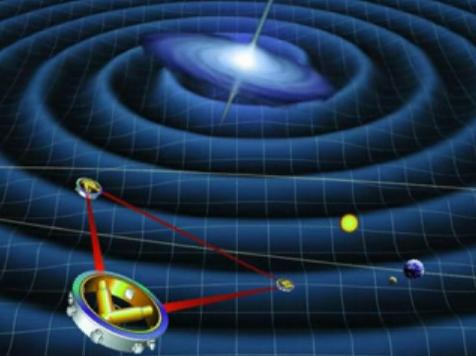 Now, GEO600, like every laser interferometer we've ever built, has not seen any evidence for gravitational waves. But it has seen something that it can't explain, and that's always interesting for an experiment.

It found some extra noise, above and beyond what can be predicted/explained by things like the vibrations of the Earth, temperature fluctuations, or instrumental noise. What does this look like? Whenever you do your experiment, you do your best to understand what noise you expect to see, and then you look for deviations from this. GEO600 saw something like this:

So there are two possibilities now: either there's a source of noise they haven't figured out, or something physically interesting and novel is causing this. Now, historically, whenever experiments are done, it's almost always unexpected noise that causes something like this to happen. But once in awhile, there really is a new effect that we have going on.

It's very important to state, clearly and unambiguously, before we go any further, that this may simply turn out to be noise. This may not be a physical effect at all, and that no other similar experiments (such as LIGO) see these effects.

But if it is a physical effect, Craig Hogan of Fermilab has come up with an extremely interesting possible explanation. He says that this excess noise could be a sign that our Universe has an extra dimension to it. How does this work? Let's think of a hologram:

A hologram has all the information you could ever want about the dimensions of a 3-D object, but it has it all in two dimensions. For instance, you could tell some object's (or someone's) length, width, and depth just from looking at a 2-D hologram. All of the information is encoded in there. 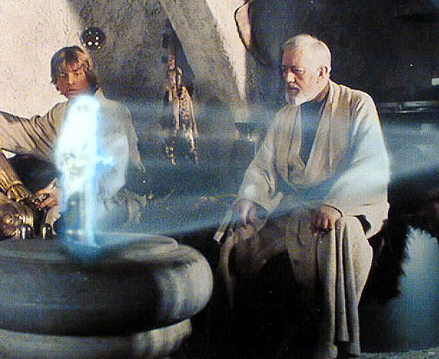 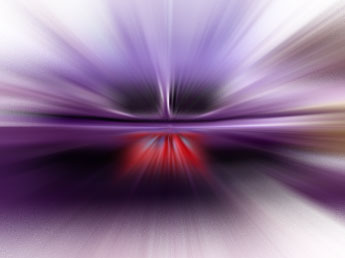 Now, this is very interesting, because the noise we see in the GEO600 experiment causes the laser light to blur on scales of about 10-16 meters and below. This is smaller than the size of a single proton, but amazingly, our technology is sensitive enough that we can detect it! But is this blurring due to extra dimensions? Let's see what the people connected with the experiment say about Craig Hogan's idea:

However Danzmann is cautious about Hogan's proposal and believes more theoretical work needs to be done. "It's intriguing," he says. "But it's not really a theory yet, more just an idea." Like many others, Danzmann agrees it is too early to make any definitive claims. "Let's wait and see," he says. "We think it's at least a year too early to get excited."

The longer the puzzle remains, however, the stronger the motivation becomes to build a dedicated instrument to probe holographic noise. John Cramer of the University of Washington in Seattle agrees. It was a "lucky accident" that Hogan's predictions could be connected to the GEO600 experiment, he says. "It seems clear that much better experimental investigations could be mounted if they were focused specifically on the measurement and characterisation of holographic noise and related phenomena."

So it looks like this is worth further investigation, but it's way too early to draw any definitive conclusions. But it's a possibility, and for something as grand as this, for something that would forever change the way we view our Universe, I think it's worth investigating further, and so does the entire GEO600 team.

What do you think?

I hope someone can answer this for me. If the holographic prinicple is true, that any volume can be described by its surface area, then why was the Big Bang theorized to be virtually a singularity in the beginning? Let's say for analogy's sake that the entire universe were to collapse into a black hole. The event horizon would be hundreds of thousands of light years in circumference. Black holes become less dense as they acquire more matter and energy, so it seems that an entire universe of matter and energy could have only started out at the maximum density of one unit of energy per planck area of the surface of our universe, or more aptly, the cosmological event horizon. This seems to indicate that the universe did not start out at "nearly" an infinte density. And what is nearly infinite? Infinite minus 1? Isn't infinity minus any number also equal infinity?

But the singularity is not the event horizon.

The black hole isn't the singularity. If you fall into one, the event horizon you "see" gets further away.

"This seems to indicate that the universe did not start out at "nearly" an infinte density. And what is nearly infinite?"

It's not infinite, just big. Really big. Bigger than our universe big. Big enough that it's big enough for any purpose we need it to have. So big we don't have to worry "was it big enough", it was.

Yes, but since "nearly infinite" is not "infinity minus a number", this isn't a problem, right?

Only because we started counting from the dimensions we could detect. Since all the lower numbers were already taken, when the other dimensions were proposed, they only had higher numbers to them.

And, since all our observed phenomena work to be observed are in the "not curled up" dimensions and almost everything exists and does their thing in those open dimensions, they're not as important.

If we didn't have height, width, depth, then we wouldn't be here to wonder about the other dimensions.

I want every information of how I by myself
can do hologram.

Laser and so on

I think you should read this

I think "giant hologram" is a really misleading attempt to convey the real ideas; but since most people are so math-phobic, it's the best you can do.

Interesting. String Theory postulates up to 11 dimensions. If these results end up being more real than imagined, they could go a long way toward becoming an experimental test for the validity of String Theory.

I think explaining why LIGO does not see the effect would be very important.

I think it's probably noise, as you say, but it would be exciting to get some other experiments with different detectors out there looking for the same signal. A question, though, for the physicists out there: are the results of one experiment (like GEO600) enough to motivate theoretical work, or do you need something more robust?

Is this connected to (or the same) as the holographic principle?

Awesome. Didn't realize you had already written about this.

Stop talking about extra dimensions. I don't have the math to handle it and trying to visualize it makes my brain hurt.

I know of spacial and time dimensions, but what other dimensions are there?

If you don't mind a stupid question; What would you get if you added a third laser firing at ninety degrees to the first two? A bore hole sounds easier than thousand foot tall tower so we'll go with that.

How would you depict the information? Would results change? Would you get results? Or would you just end up with random noise? Would it add anything or just confuse the issue?

I think String Theorists need to get a real job.

Interesting! If I understand this correctly, the analogy is that our 4 dimensions contain all the information specifying the properties of a universe that has more than 4 (11 is a number I hear a lot) dimensions, but doesn't actually *have* those dimensions in the sense that there is a way to traverse them?

Thank you Ethan for this important update.

Interesting science has often been discovered when one begins focusing on the noise. So yes follow up experiments to Hogan's work are crucial.

oh, just a comment, if you offend, i don't really know about Dimensions, but i'm addicted to lasers

Hi.
I am a layman so I suppose I have only childish thoughts about these things. Tell me so, please. But:
When I read about the dimensional models and the text tells me that the dimensions with the highest numbers are hidden in the "edges" and not as "important" as the traditional ones I see a 3-D Bell curve (I regard the Bell curve to be the "soul" of Nature. Reality is a statistical phenomenon with the traditional dimensions in the centre.
The same feeling I get when I see the proportions of the energy in Universe. The amounts of dark energy and dark matter seem to be the normality while "our" kind of visible matter belongs to the outskirts of the Bell curve.
Lars Vegus, Sweden