Halloween, for those of you who've been here a while, is my favorite holiday. Every year for the past dozen years now, I've dressed up as whatever I've wanted for Halloween. And -- if you haven't seen the pattern yet -- it's almost always a partially-clothed, revered hero (or villain) from when I was a young child. In case you haven't figured out what character I've chosen for my Halloween costume this year, maybe this piece of music will make it more clear, from the video game

It takes a bit of courage to buck the pressures of society and costume yourself in whatever way you feel most comfortable and happy, but feeling comfortable and happy is a great reward of that. Without further ado, my costume choice this year is Zangief, from Street Fighter 2! 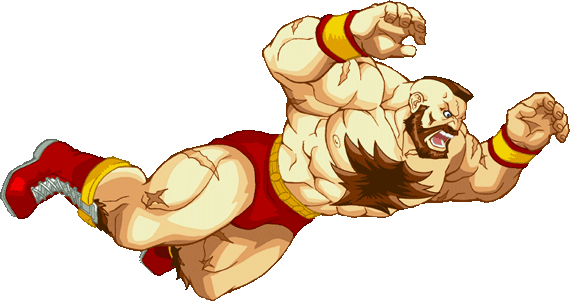 How did I do? Have a look for yourself!

The cape is optional, and I don't think appeared until Street Fighter IV, for the purists.

Putting the mohawk together (because you know I keep my balding head shaved) was a challenge, but I think it came out great!

This costume takes a long time to prepare because of the X-shaped scars.

And finally, no set of pictures would be complete without the standard Zangief victory pose!

So I thought I'd not only put together a fun side-by-side comparison of my 2012 Halloween costume with the character it's based on:

I thought I would go back over the past 12 Halloweens -- which coincides with the year I began graduate school -- and show you side-by-side comparisons of each of my Halloween costumes! Hope you enjoy them! 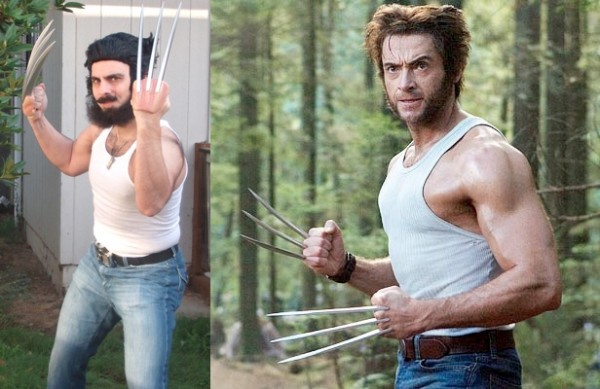 Halloween 2011: Wolverine from the X-Men movies.

I discovered, beginning in 2010, that it was much more difficult to find costumes that incorporated a good beard, but I feel I've done well for three years in a row now. 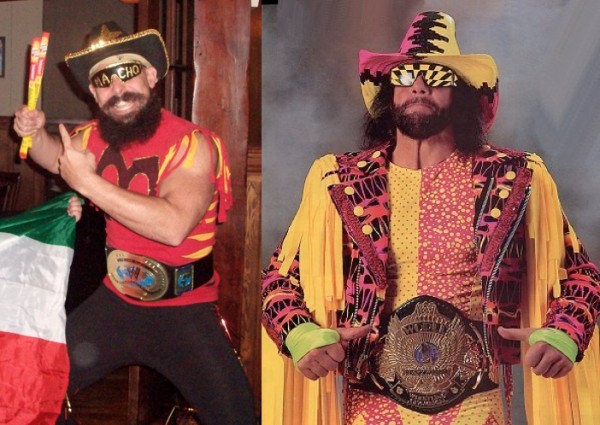 Before that, in 2009, I had to find a costume that incorporated a shaved head for the first time. Based on how I looked, there was only one real choice. 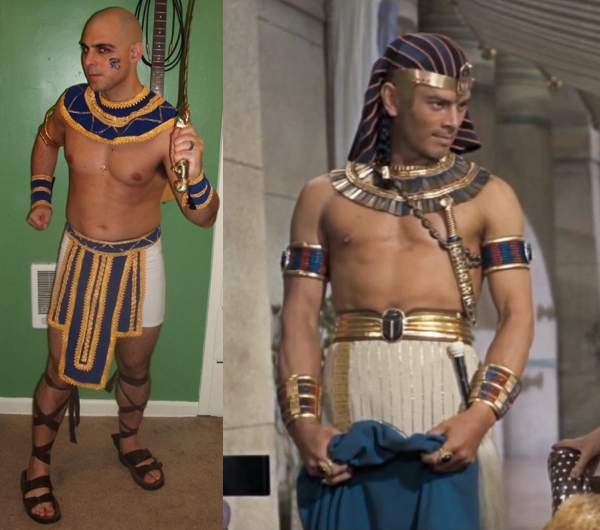 Halloween 2009: The Pharaoh Ramses from the Ten Commandments movie.

The year before that, when I still had long hair, I went as an old-school American Gladiator. 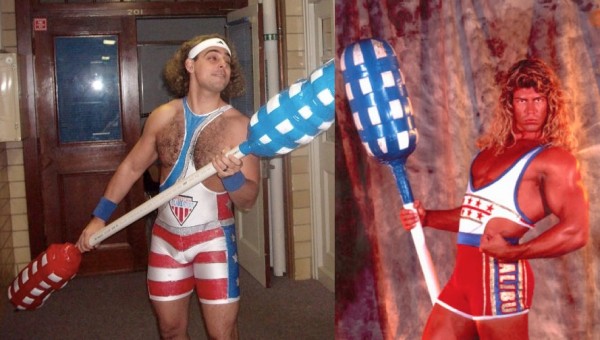 Before that, I was the iconic 1980s television cartoon hero, He-Man. 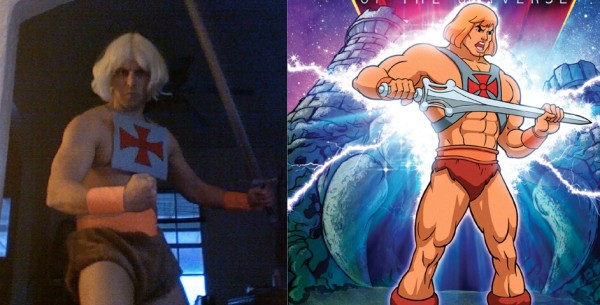 Halloween 2007: He-Man from the Masters of the Universe.

The one Halloween -- 2006 -- I spent in the freezing-cold of Madison, Wisconsin, required a slightly different tactic as far as how much clothing I needed to wear to feel comfortable. 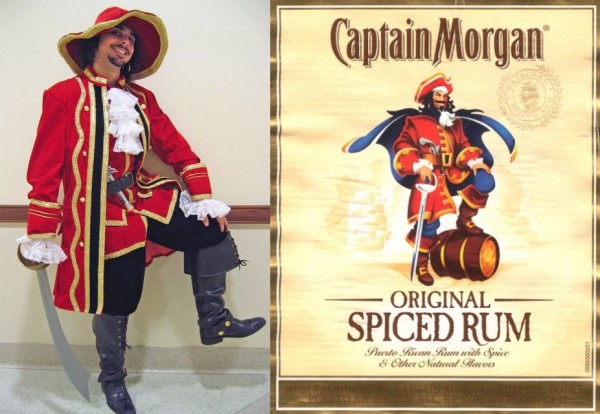 Two years before I was He-Man, I was Skeletor from the same show; the only Halloween I've worn a mask. 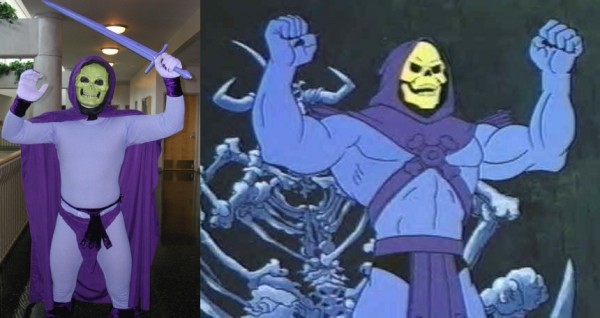 Halloween 2005: Skeletor from He-Man and the Masters of the Universe.

In perhaps the greatest costume I ever put together, I went as Lion-O from the Thundercats. And yes, I always make it a point to wear my Halloween costumes into the office if it's a workday. 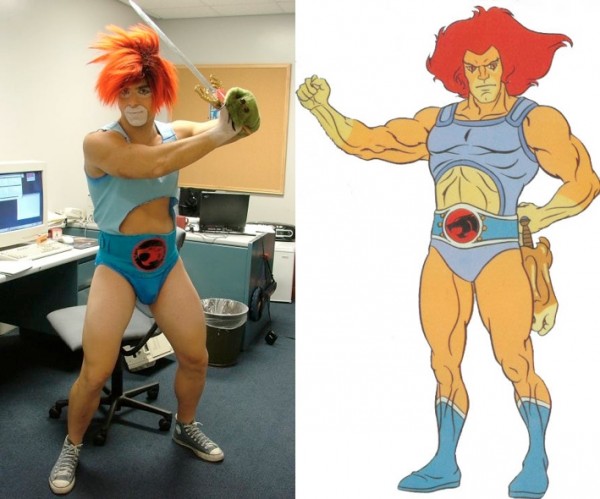 Halloween 2004: Lion-O from the Thundercats. HOOOOOooooooo!

At one point (I think back in 1997) I had gone as Rocky Balboa for Halloween. But -- as a kid -- I never thought Rocky was as cool as Apollo Creed was, so in 2003 that was my Halloween costume! (And yes, people who had known me for years had no idea who I was.) 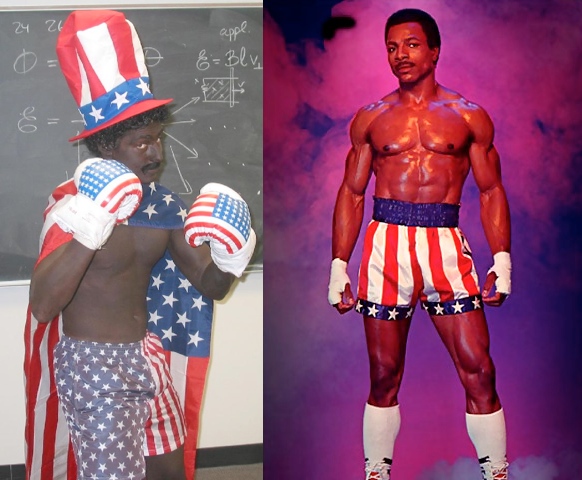 Halloween 2003: As Apollo Creed from the Rocky series of movies.

The year before that, I went as a different Real American, the iconic wrestler Hulk Hogan. 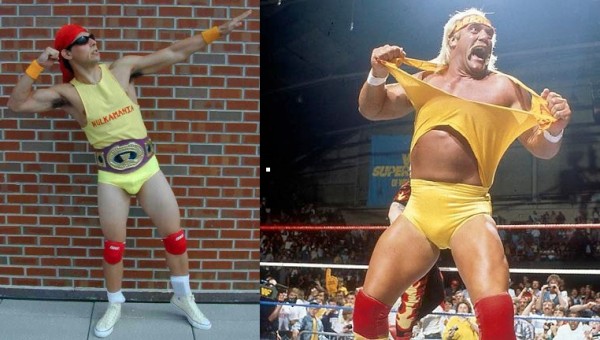 Halloween 2002: As Hulk Hogan from the old World Wrestling Federation.

And finally, during my first semester in physics graduate school, I went as Dee Snider, lead singer of the 1980s glam rock band Twisted Sister. 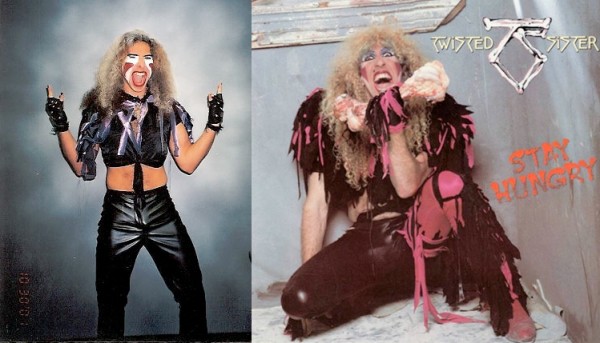 Halloween is the one time of the year where it's completely socially acceptable to dress as whoever or whatever you like, and while I have a long way to go to catch my Halloween hero, I'm happy to share my history of costumes with all of you. Hope you enjoyed this year's contribution, and the retrospective on all the years past.

"My strength is much greater than yours!" -Zangief, Street Fighter II I hope everyone had as great a halloween as I did, and -- although I know it's sad -- it's time to bid a fond farewell to my Zangief avatar that once graced the top this blog. To be honest, I'll miss Zangief quite a bit. Image…

"Dusty Rhodes, do you think you're what our forefathers were thinking about when they thought up the American Dream? Ooooh, yeah, I don't think so." -Macho Man Randy Savage Those of you who've known me for any length of time know that Halloween is one of my favorite holidays, and know that I put a…

Comments of the Week #75: from black hole information to the cosmic neutrino background

“I was strongly encouraged by a science teacher who took an interest in me and presented me with a key to the laboratory to allow me to work whenever I wanted.” -Frederick Reines, discoverer of the first neutrino That kind of education is irreplaceable, and at Starts With A Bang we do our best to…

Weekend Diversion: Who's your Halloween Hero?

"If human beings had genuine courage, they'd wear their costumes every day of the year, not just on Halloween." -Doug Coupland Halloween is just around the corner, and there's no better song to listen to for the holiday spirit than Warren Zevon's classic, Werewolves Of London.Those of you who've…

You got me with the generation gap. I have no idea about Street Fighter, let alone II (and I had to ask my kids about the Thundercats). The rest of them are great, I really like Apollo. You look like you had professional help with Dee Snider. Were you one of his neighbors (like Foley, aka Cactus Jack)?

Excellent costume. I hope you got those scars wrestling bears.

Ethan... You have more courage than I do to wear speedos!

My favorites are "Macho" and "Captain Morgan". Macho because that's the pic you had when I started reading your blog and "Captain Morgan" because you really look like him ( at least in the pic.)
Response to Aquanerd RE Apollo Creed: Personally I like the costume. Sometimes you have to take chances.

I think you carried off the Zangief look excellently. But the Lion-O costume from Thundercats is brilliant. And the Apollo Creed one is gobsmacking (in a good way).

Maybe I should clarify my P.S (I'm from generation Y)

You have to chop that pattern into your chest hair to complete the outfit! Maybe use the clippings to augment the section in the middle.

I'll be going as Starburns from the TV show Community, which is all about the hair sculpting.

You really need to count calories as well as stars. People are not black holes. But love your blog!

You are so hot... I love your hairy muscle legs..