Some Matter is Strange, but that's okay

"People fear death even more than pain. It's strange that they fear death. Life hurts a lot more than death. At the point of death, the pain is over. Yeah, I guess it is a friend." -Jim Morrison

Yes, Jim Morrison, some people are quite strange, too.

People Are Strange
But that's not what I'm talking about. You see, one of the "doomsday" scenarios people are talking about over at the Large Hadron Collider (LHC) -- in addition to black holes -- are out-of-control strangelets.

Let's talk about what these things are, what people are afraid of, and whether there really is anything worth fearing. 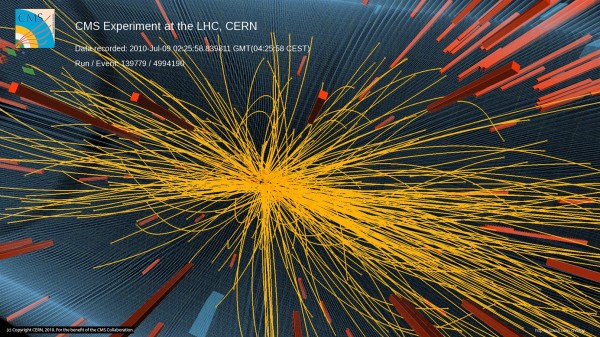 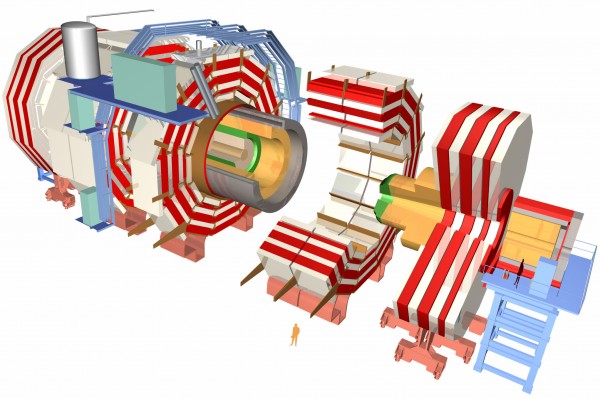 Here's something you might not know, though. The LHC, by smashing protons into protons, won't be able to make some of these states! 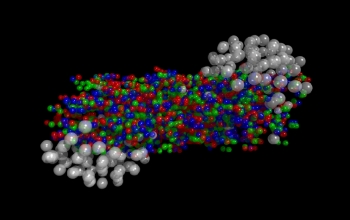 For some of them, you need many, many more protons than simply one-at-a-time. So we can smash heavy ions together, such as gold or lead nuclei, instead of protons! One accelerator, RHIC, has already been studying this. 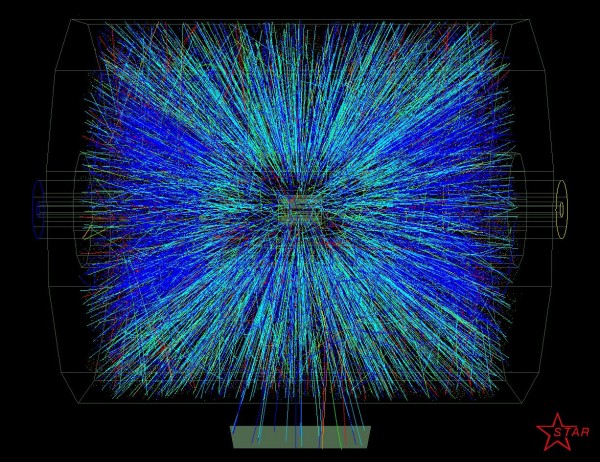 And this is great for physics! Not only are we studying high energies, we're also studying high densities at the same time; conditions that aren't around anywhere except at the centers of extreme stars and when the Universe is less than one second old!

Normal matter -- protons and neutrons -- are made up only of up and down quarks. These are the lightest and most stable quarks, but particle accelerators allow us to replace one, two or even all three of these with a strange quark. And when we do this, we get a new, short-lived (a fraction of a microsecond) particle! 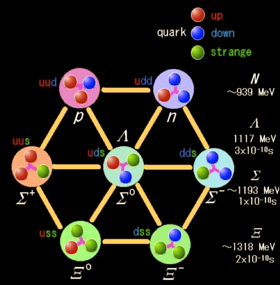 But instead of just making a single one (or simply a few) of these particles, if we do something like collide gold into gold, we have around four hundred of these nucleons in one place, and they can form -- instead of Lithium, Beryllium, Boron, Carbon, etc. -- strange versions of them!

In other words, nuclei with a strange quark replacing one of the up or down quarks! Well, one of the new states of matter they hope to create at the LHC, by colliding heavy nuclei at these ultra-high speeds, is a miasma of up, down, and strange quarks, known as a strangelet.

This would be neat; we could create them, study them, and perhaps discover a new state of matter that might have been present when the Universe was just a microsecond old, or that might be present today at the core of collapsed stars, like neutron stars! 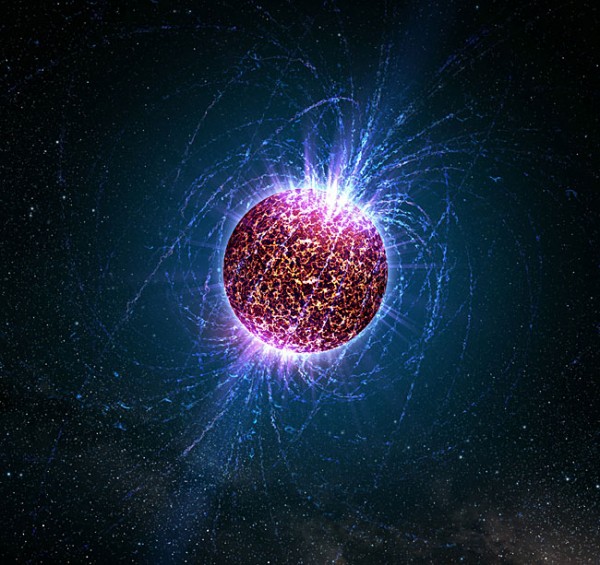 But that doesn't stop people convinced that the LHC will destroy the world from crying out that maybe "death by strangelet" is what's going to be in our future.

How do they state it could happen? 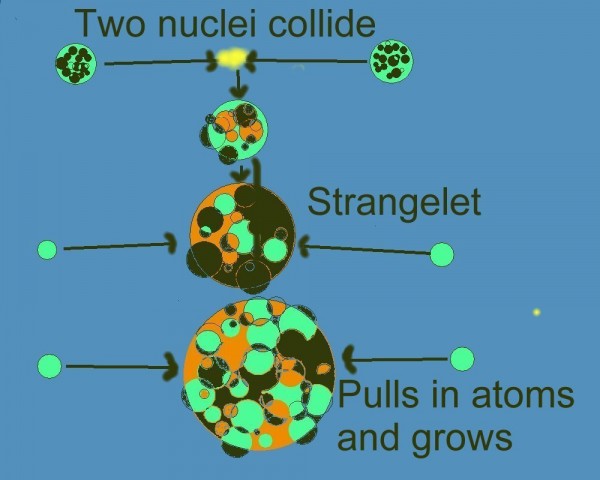 That if heavier, strange elements are more stable than light ones, it could grow out of control, eating more and more matter until the entire Earth becomes one giant strangelet.

And what I offer to you, in opposition to this point of view, is a little education about how nuclear physics actually works. Yes, heavier elements are more stable; that's why you can fuse lighter elements into heavier ones (like our Sun does) and still release energy.

But you can also split very heavy elements into lighter ones, releasing energy, and that's what nuclear fission is! 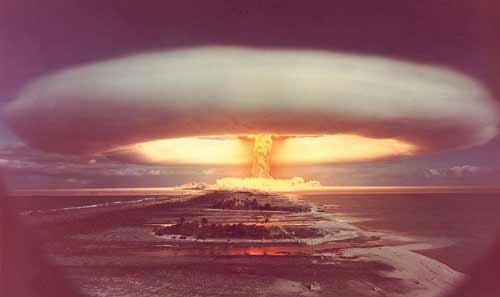 In other words, you can only get up to a certain point before you get less stable! For things made up of up and down quarks only, the most stable element is Iron, element 26, with 30 neutrons and 26 protons. Anything with more neutrons or protons in there is less stable! 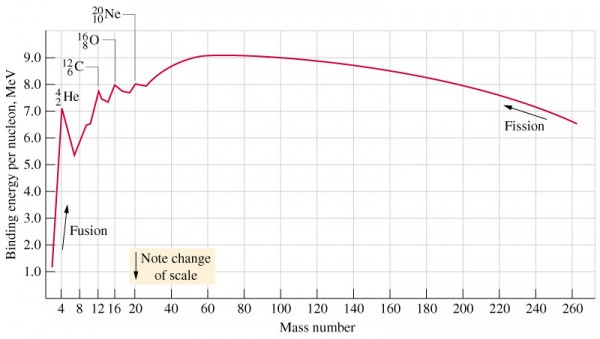 We see this all the time, and it's the same for charm and bottom quarks too, as this sample decay shows. 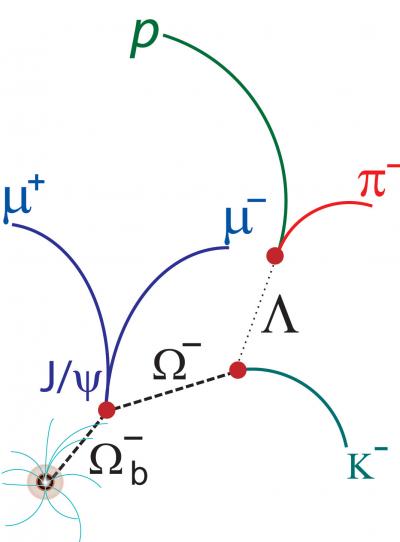 So you can either be afraid of strangelets eating the world and destroying it, or you can learn how nuclear physics actually works, and realize that a super-heavy mass of up, down, and strange quarks will be unstable, and decay into things -- like normal elements -- that are stable.

This is great stuff to study, and to discover, and to learn how it works. But to fear it? Save that for my Halloween costume, coming to you this weekend! (Here's last year's, for those who can't wait.) Happy Halloween!

Is this analogous to the way minuscule singularities are supposed to "evaporate" due to the effects of Hawking radiation?

That is, is something more dense (unstable) always going to tend toward a lower-density area in one way or another, as with the saying that nature abhors a vacuum?

IIRC, the picture of the nuclear bomb is actually a French hydrogen-bomb, rather than a fision-bomb, which you seem to be implying.

You did say at the top the attraction of these strangelets is that they are more stable. At the end you say there's no problem because they're inherently unstable. Do you see the problem?

The problem? I said that small clumps are more stable than no clumps, and then I said, but more stable doesn't mean stable. You might live for 2 microseconds instead of 400 nanoseconds, but you're still unstable!

In order to be completely stable, you'd need for nuclear binding energy to work differently than it does, and that's kind of the point of this article.

This I don't understand:

As I recall, protons are absolutely stable. What is it that you mean exactly?

BTW Ethan, your music player for this post plays "Here comes the hotstepper" on the main page. When I click into the post the player shows "People are strange", but it doesn't actually play. Maybe it's just me...

As I recall, protons are absolutely stable. What is it that you mean exactly?

I think the idea there is that being part of a nucleus is a lower energy state for a proton than just hanging out all alone.

Turning gold into iron? I presume you're making a joke at the expense of Nostradamus:

"Leave, leave Geneva every last one of you,
Saturn will be converted from gold to iron . . . . "

I think the idea there is that being part of a nucleus is a lower energy state for a proton than just hanging out all alone.

Exactly; which is why converting hydrogen to helium releases energy. A proton is stable in the sense that it doesn't decay, but given the opportunity it will still seek a lower energy state by binding with other hadrons.

Too bad that explanations like these won't convince the people at prisonplanetdotcom that the world is not coming to an end.

it's not strangelets you have to fear.

How about smashing neutrons? Would you get the same results as smashing protons?

iananp (i am not a nuclear physicist)

but i would say yes. neutrons are made of quarks, and if you smash 'em together, you'd get neat stuff.

however, neutrons have no electric charge, so accelerating them to high enough energies to make interesting collisions is not possible.

Good article till the end, there is a massive wealth of detailed papers at the forefront of strangelet research that shows strangelets will be more stable than iron, the most stable atom and they will reach an A number of 3 million quarks before stopping to grow... At that point they will start for sure an ice-9 reaction. Do your physics about how strangelets 'actually work'
regards
www.cerntruth.com

Good article till the end, there is a massive wealth of detailed papers at the forefront of strangelet research that shows strangelets will be more stable than iron, the most stable atom and they will reach an A number of 3 million quarks before stopping to grow... At that point they will start for sure an ice-9 reaction. Do your physics about how strangelets 'actually work'

So, which peer-reviewed journals have published the papers on your site?

they will reach an A number of 3 million quarks before stopping to grow... At that point they will start for sure an ice-9 reaction.

That's why you lose court cases Luis Sancho -- because you lose the thread of your own arguments and contradict yourself. Because you don't understand the sources you quote mine. And because since at least 2008 you have quote-mined the words of Albert Einstein from an 1950 pop-physics article and managed to get his meaning exactly wrong about the nature of physical theory.

I had no idea about the LHC possibility of strangelets,etc. Wow.

You are worthy of the name Ethan. I am also Ethan. This is a linguistic strangelet we are setting in motion with this post. Soon, as you are becoming ever increasingly aware of, the whole Earth will become a glowing ball of Ethan.

"Climate change is not the only possible catastrophic threat to humanity. In Weitz-man (2009a) I listed what I consider to be the half-dozen or so serious contenders with
climate change for potentially catastrophic global impacts with non-negligible probabilities: biotechnology, nanotechnology, asteroids, Âstrangelets,Âpandemics, runaway rogue computers, nuclear proliferation Âand went on to give a few tentative reasons why I think that climate change is especially worrisome. It may well be that each of the other half-dozen or so serious candidates for fat-tailed disasters deserves its own ballpark estimate of tail
probabilities along with extremely crude calculations of policy implications, which is about the best we can do with potential catastrophes. Even if this were true, however, it would not lessen the need to reckon with the strong potential implications of fat tails for BCA-like
calculations in the particular case of climate change."