Here in Portland, it's just cold for now. But much of the world has been blanketed in those familiar white flakes, and recently. Snow is one of those simple things that nature just does, but it's still as wonderful for most of us as it was when we were little kids. 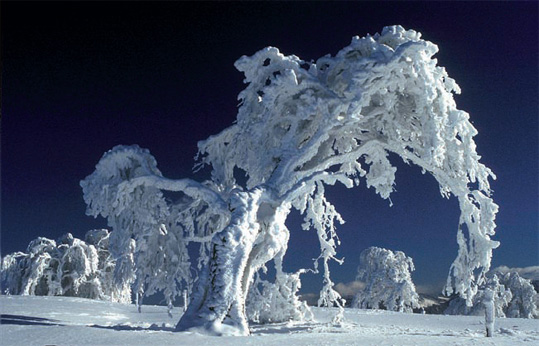 Rather than liquid freezing, snow comes from water vapor -- the gaseous form of water -- changing directly into the solid, ice phase, a process known as deposition. The water molecules link together in a beautiful hexagonal crystal, like so.

At least, that's how they do it in a lab. In real life, the formation of the first snow crystals happen the same way any phase transition does: you need an imperfection to start it. The most common culprit, up in the clouds? A microscopic speck of dust. 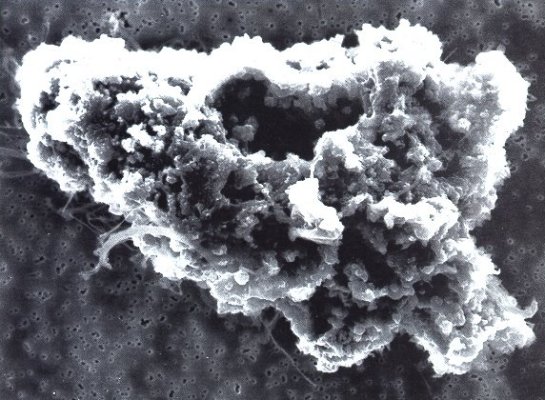 The water vapor clings to the dust, freezes in this hexagonal shape, and then begins to grow into a snowflake as more ice forms around the initial crystal. How do the snowflakes form? Well, we can go to the Electron Microscopy Unit's Snow Page, and see a variety of snowflakes under an electron microscope. 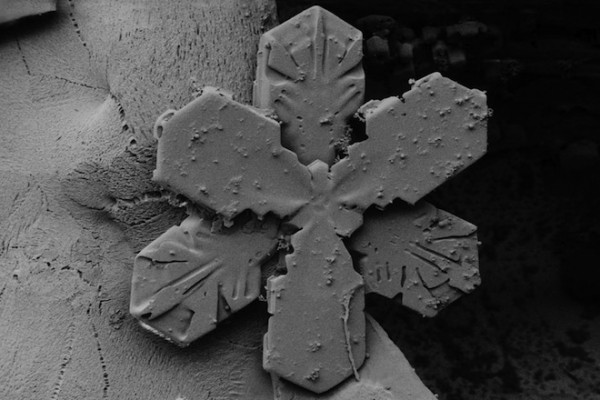 Some of them look very hexagonal, to be sure. 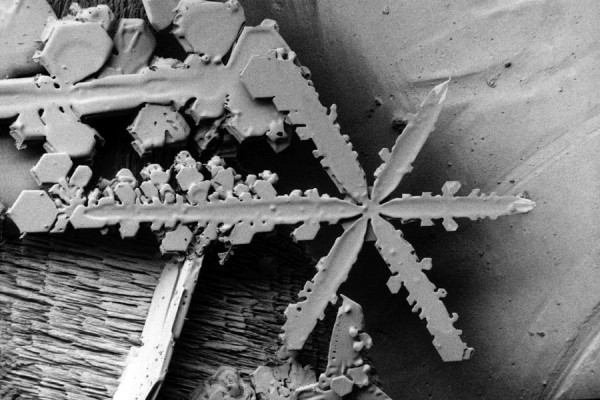 But others appear to be much "pointier", or dendritic. 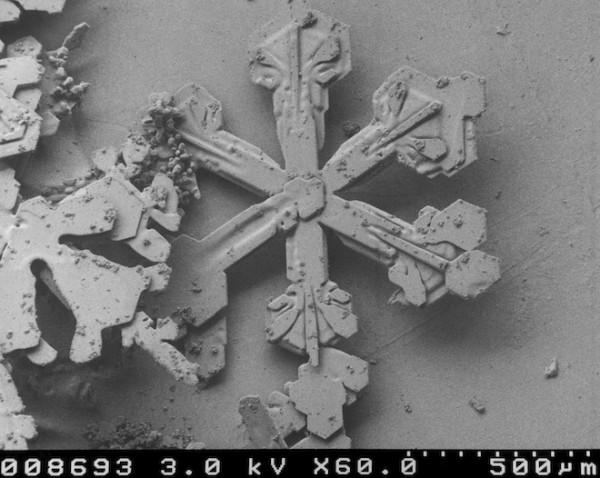 Some of them look like the traditional "snowflake" shape you learned about as a child. 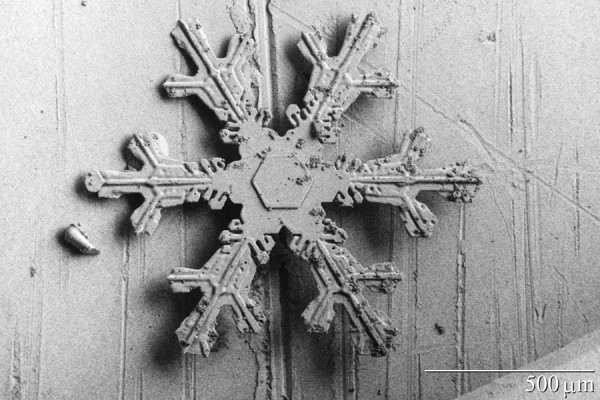 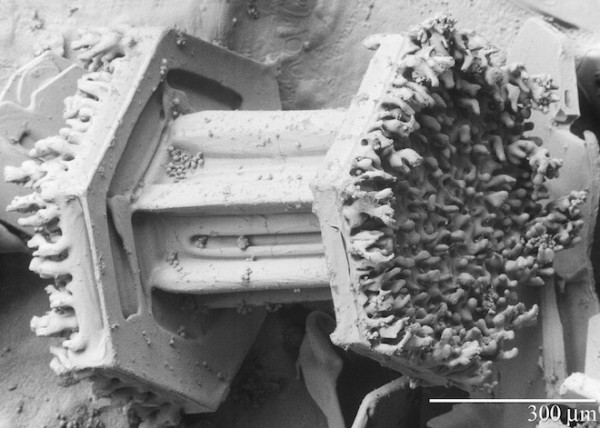 Well, those hexagons often grow into much longer crystals and more intricate shapes than you've probably ever imagined.

What determines the shape of a crystal, you ask? 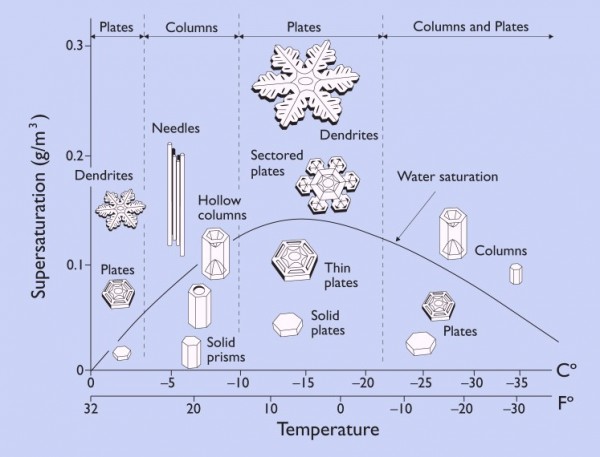 Temperature, the amount of water (in all its phases) in the environment, and the random luck of where you happen to be with respect to the last bit of crystal you formed.

That is why, to a good degree of certainty, we can state that no two snowflakes are identical!

And of course, no article about snow would be complete without showing you how to make your own snow if the temperature is below about -30 Fahrenheit (or -35 Celsius).

Just throw boiling water in the air, and you've got it! So happy new year, world, and enjoy all the snow you encounter in 2011!
Tags
environment
Physics

Wow, those are really cool shapes. I've never seen snow zoomed in like that and *never* thought some flakes make look like that last barbell-ish looking shape.

The Caltech's Snowflake Primer is a graph of various solid states of water.

Interestingly, all such phase graphs of water (whether solid, liquid, gas or plasma) are all based only on experimental data.

It is impossible to calculate phase change graphs of water from theory!

Which brings me to the Fractional Energy Density chart of yesterdays post; which is essentially a phase change chart of the universe as a whole.

"Ironically, the immense reliability of phase-related phenomenon makes them the reductionists' worst nightmare--a kind of Godzilla set loose... A simple, universal phenomenon one encounters frequently cannot depend sensitively on microscopic details. An exact one, such as rigidity, cannot depend on details at all. Moreover, while some aspects of phases are universal and thus easy to anticipate, others, such as which phase one gets under which circumstances, are not--water being an especially embarrassing case in point. Ordinary water ice displays, at last count (the number keeps rising due to new discoveries) eleven distinct crystalline phases, not one of which was correctly predicted from first principles." pg 34-35 of A Different Universe, 2005, by Robert B. Laughlin (1998 Nobel Prize Winner in solid state physics (i.e. fractional quantum Hall effect))

Most of us understand that snowflakes are broadly hexagonal and we accept that this results from the way water molecules link together (as the article explains) but why are the six 'arms' of a single snow crystal roughly identical when different crystals show considerable variation?
I have never come across a satisfactory explanation for this.

I wondered why snowflakes were symmetric. Now I know!

This is an excellent blog.