"And by the way, everything in life is writable about if you have the outgoing guts to do it, and the imagination to improvise. The worst enemy to creativity is self-doubt." -Sylvia Plath

I was pleasantly surprised to learn that one of my posts made the finals. Well, this morning, I woke up to find that the winners were announced! Without further ado, who were they?

Top Quark (First prize): my former scibling, SciCurious, for her article, Serotonin and Sexual Preference: Is It Really That Simple? This was a well-deserved win for SciCurious, as guest judge Lisa Randall had the following to say:

My first choice is Scientific American's guest blog, Serotonin and Sexual Preference: Is It Really That Simple? SciCurious took on the issue of why scientific studies can be technically well-designed yet demonstrate something entirely different from what the authors claim. This piece was actually good science in itself--science that the authors themselves, not to mention some of the media, failed to properly understand. From the perspective of considering all possible theories that would account for the results and recognizing the complexity of the brain, which can be only addressed in small pieces by such simple mouse studies, this piece was excellent. My hope is that such blogs will temper the overblown claims that biological studies often report based on limited evidence. 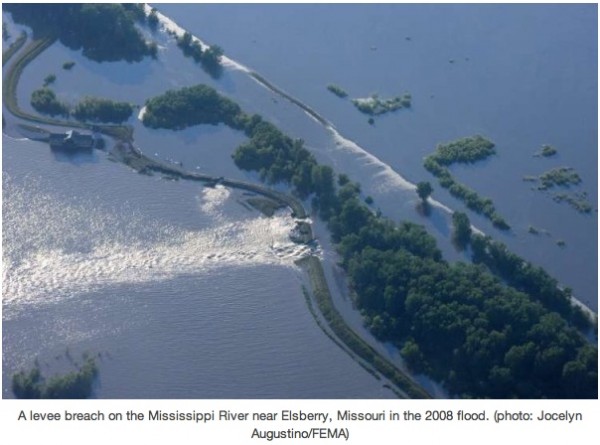 Strange Quark (Second Prize): Anne Jefferson, for her article, Levees and the illusion of flood control. This was easily one of the best posts about the environment that I've ever read on the internet, and I'm very pleased for Anne that she won this prize. Lisa Randall had this to say:

I very much liked Anne Jefferson's piece in Highly Allochthonous, Levees and the Illusion of Flood Control, which is my second choice. I was a little hesitant in that there is less science per se than some of the other blogs, but I have to say that I learned a lot. It was interesting hearing about both someone's personal experience and more in-depth investigations into the subject. Differentiating the vantage points of people in a well-developed community, people more spread out along a river, and those of us nowhere nearby who just want things to be stabilized was good and thoughtful reporting. Also the recognition that levees are only one part of the issue--but one worth understanding. 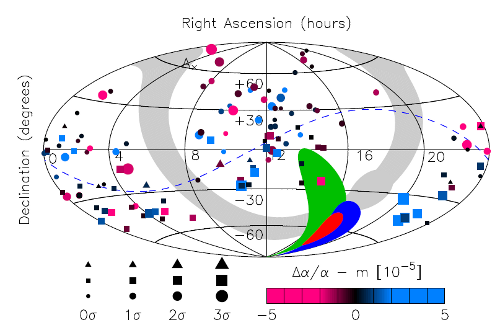 Charm Quark (Third Prize): There was a tie! Between Sean Carroll's very fine article, The Fine Structure Constant is Probably Constant, and another article, 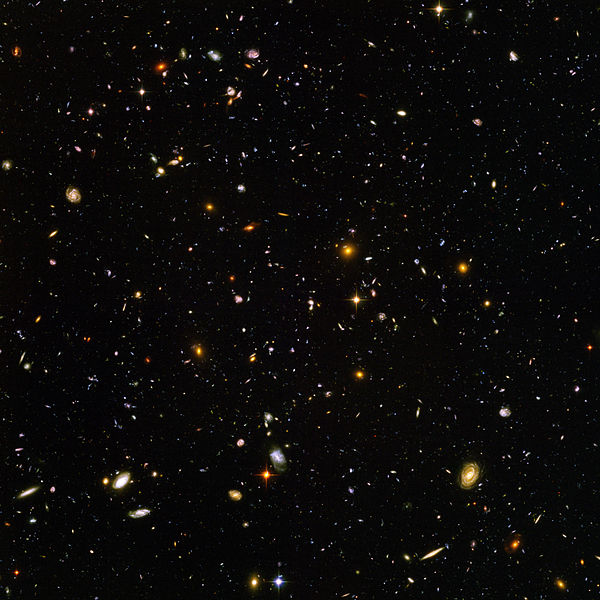 this blog's own Where is Everybody? (Thanks for the nomination and the votes, everyone!) Lisa Randall had this to say:

For third place I am going to defer a little. Physics is my field--particle physics and some cosmology in particular--and I am wary about letting that color my view. But both Starts With A Bang's Where Is Everybody? and Cosmic Variance's The Fine Structure Constant is Probably Constant did a good job of explaining slightly more esoteric phenomena. My colleague Sean Carroll took on the challenge of elucidating the nature of a field and minimizing potential energy for such a field. Explaining the unintuitive notion of a field in understandable terms was something he did admirably. Ethan Siegel took on the challenge of simplifying probability estimates without sacrificing the nature of the enterprise or suppressing the uncertainties involved. What was so great about the latter exercise was that it allowed you to see how science can yield valuable insights, even when there are uncertainties, and how good predictions often require more than a single input piece of information. And he didn't shy away from numbers--albeit nice round ones that most people will understand. In both these respects I'm also going to give a shout-out to the non-nominated blog, The Reference Frame. I don't always agree with everything he says but Luboš Motl does a tremendous job of bringing a wide variety of physics topics to the public.

This award is a great honor, and I thank Lisa Randall, everyone over at 3 Quarks Daily, and -- of course -- all of you for inspiring me to write as I do.

If you haven't, yet, you should take this opportunity to check out all of the finalists, which I've included below.

Incidentally, all four of the winners are now on twitter, and you can follow Sci, Anne, Sean, and me, too, where you can get all of your Starts With A Bang posts in the form of a haiku. (Because why not?)

And once again, congratulations to all of the nominees, and to everyone else doing what they can to help inform the world about how -- to the best of our knowledge -- it really works.

The finalists have been chosen, and they are a fantastic bunch! Here are the top 9 which made it in: Cosmic Variance: The Fine Structure Constant is Probably Constant Dr. Carin Bondar: Sacrifice on the Serengeti Empirical Zeal: Blind Fish in Dark Caves Shed Light on the Evolution of Sleep Highly…

The always-fantastic blog 3 Quarks Daily has opened up nominations for its third annual prize in science blogging. This year, the contest will be judged by Lisa Randall, and there will be three winners. Posts can be nominated by bloggers or readers, and if any of you wanted to nominate one of my…

I mentioned it on Twitter already, but it's probably worth a mention on the blog (not that they really need my traffic): Once again, 3 Quarks Daily is collecting nominations for its science prize: As usual, this is the way it will work: the nominating period is now open, and will end at 11:59 pm…

The 3QD Science Blogging Contest is Back!

3 Quarks Daily has announced their third annual science blogging prize! This year, the final results will be judged by none other than Lisa Randall, theoretical physicist extraordinaire from Harvard University. Nominations are open now, and are for any post published between May 22nd, 2010 and…

Ha ha, I hadn't noticed that your tweets were haikus. Brilliant!

Well done on the award.

Congratulations, Ethan!
Perhaps writing a popular physics/astronomy/cosmology book is something you will consider seriously now?

congrats! I voted for you. :) And yes, you should write a book.

Cool article! Congrats on the win for the big bang theory!

So ScienceBlogs was the big winner, because all three quarks went to SBlings. Unfortunately the first and second winners left after Pepsigate...

Congratulations. Regarding Where Is Everybody?, I'll just say that many of your other posts are just as excellent.

So far I've only read the first prize article Serotonin and Sexual Preference: Is It Really That Simple? It's really excellent. I'll read the others; thanks for sharing this.

Hi Ethan, I was so excited to find my favorite theoretical cosmologist had won. Congratulations. Now about your mouse picture: you know those are rats, right?
Cheers,
Nathan

We won't be deceived by collegiate shout-outs!