"Nations, like stars, are entitled to eclipse. All is well, provided the light returns and the eclipse does not become endless night. Dawn and resurrection are synonymous. The reappearance of the light is the same as the survival of the soul." -Victor Hugo

Because the Moon's orbit is tilted relative to the Earth's orbit around the Sun! If you were to imagine the Moon's orbit as a slanted ellipse, you'd see that there's only a small fraction of each lunar orbit where the Moon passed into the same plane as the Earth and the Sun. And only when the Moon is in those positions can we have an eclipse of either variety.

Most solar eclipses aren't total eclipses either. Because the Moon is so much smaller than the Sun, there's only a tiny area where the Moon's complete (umbral) shadow can fall on the Earth, which is what's required to create a total solar eclipse. If only a portion of the Sun's disk appears blocked by the Moon, that's called a partial solar eclipse, which is by far the most common type. 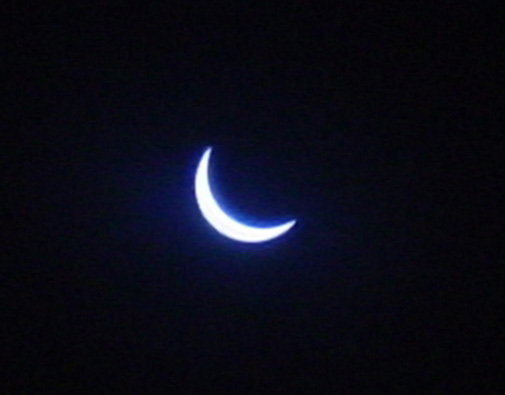 But coming up later this week, we're almost going to get one; the Moon's shadow will just miss the Earth's South Pole on the 25th of November! (In perhaps the inversion of the diagram below.)

But, while this upcoming partial eclipse will be visible to the southernmost Earth observers, it will be most spectacular to those who happen to be stationed at the southernmost parts of Antarctica! 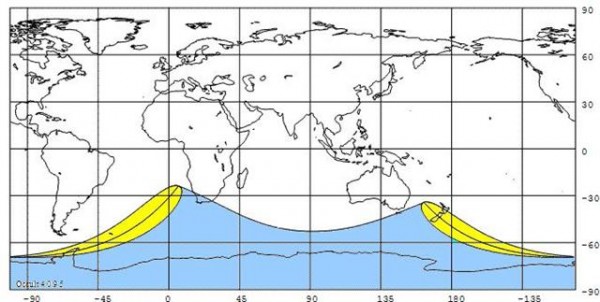 The highlighted regions are where in the world any observer will be able to see even the slightest portion of the Sun's disk blocked, which is rare and spectacular any time it occurs. 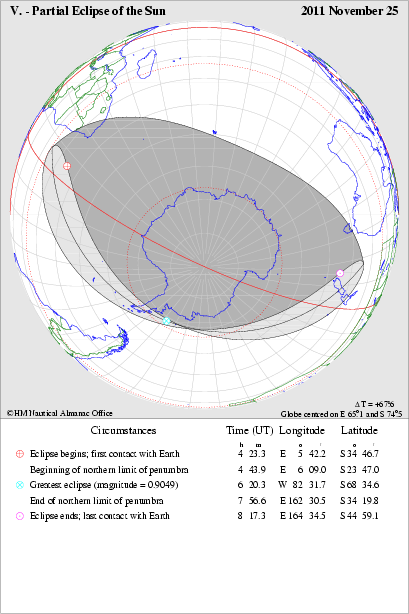 But for those of you stationed very far south, perhaps even at the South Pole itself, you'll be able to observe the Moon's disk slowly work its way across the Sun, covering up, at it's maximum, 87% of the Sun's surface! What's most spectacular about this is that, instead of the just-a-few-minutes duration that solar eclipses often last, because of how slowly the Earth spins near the poles, observers close enough to the South Pole will get to see the Moon spend over an hour, literally, blocking a portion of the Sun!

And while this won't really give you a substantial change in brightness, it will definitely give you a noticeable change in the warmth you can feel from the Sun; according to your skin, you likely won't be able to feel the heat from the Sun at all when the maximum amount of the disk is blocked. For a visualization, this is what -- through eclipse glasses -- an 87% blockage will look like. 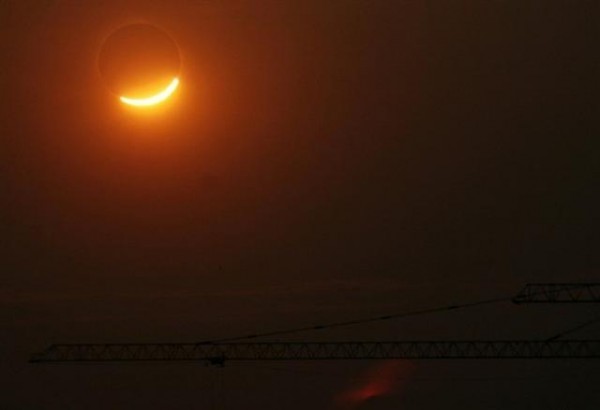 So, that's what's coming on Friday. Because of the Moon's inclination to the Earth-Sun orbit, one of the phenomena we've never observed, as far as I know, is a total solar eclipse back-to-back (i.e., separated by just a fortnight) with a total lunar eclipse. By time 14 days (or so) have passed since a total eclipse, either lunar or solar, the Moon is no longer in the right plane relative to the Earth and Sun to cause another total eclipse. But what's coming up -- as far as I know anyway -- is as close as we ever have or ever will come to that. 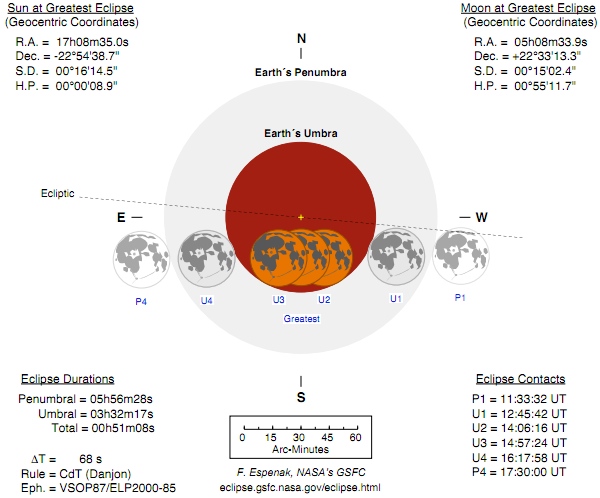 Because just two weeks later, on December 10th (just before dawn at my location), we are going to have a total lunar eclipse!

Visible to nearly all of the world, this will be the last eclipse of 2011, and the last total eclipse of any type until November 13th of next year, so don't miss it!

After all, the sight you'll be in for, as with all lunar eclipses, is nothing short of amazing.

So go out and enjoy those rarest of occurrences: back-to-back solar and lunar eclipses that are both almost total!

I don't get the part about: "And while this won't really give you a substantial change in brightness".

I'd guess that how "bright" it is outside would change by more than a factor of 10, if your visualization pic is accurate. On the other hand, you might convince me that it wouldn't give a substantial change in PERCEIVED brightness, because of the crazy ways our eyes and brain work.

There are plenty of cases where you get two partial eclipses, one total and one very slight partial (or a total + penumbral eclipse) back to back, as was the case in the 1987 one you cite. It's actually fairly common.

But what's very rare is to get two near-total eclipses back-to-back. As far as I know, a true total-total back-to-back eclipse pair is something that's never happened, and this is the closest we've gotten in as far as I can find.

If I can plug something I used in my physics classes for many years (I won't be making anything on it, I won't be offended if you toss this comment.)

The graphics in the Astronomical Calendar (by Guy Ottewell) are so good they are a lesson in themselves. Every year there would be a bunch of AHA! moments in my class by students perusing that publication. I would give my copy away in June to some lovable nerdy kid who could use it for the rest of the year.

Thanks for your post. I hope your new ventures are going well.

For the historically interested, there was a total lunar eclipse on July 20th, 1739, followed two weeks later by an annular solar eclipse on August 4th, 1739.

That's the closest thing I could find to back-to-back total eclipses...

Doh... I'm flying north from McMurdo earlier in the afternoon. What luck!

"Everyone knows the Earth revolves around the Sun,.."