"I don't run away from a challenge because I am afraid. Instead, I run toward it because the only way to escape fear is to trample it beneath your feet."
-Nadia Comaneci

Whether it's a new task, a new subject, a new place or a new person, life is full of wonderful new experiences, if you've got the courage to go out and pursue them. One way to do that, as Thao with the Get Down Stay Down would tell you, is to

Travel.
But there are some places I always thought travel -- for everyone -- would be impossible. And one of those places is, well, this. 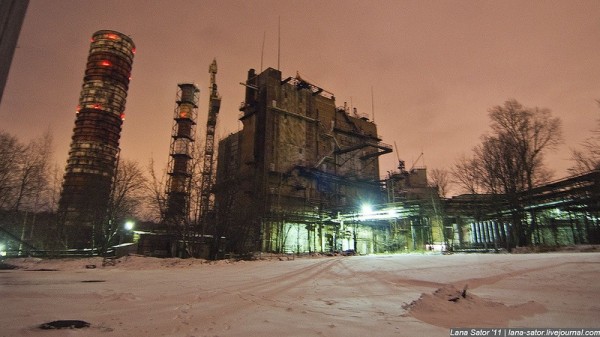 This is a Russian Rocket Factory; an active one. Producing parts for everything from Soyuz Rockets to NASA's Atlas Rockets, access is terribly restricted. You or I would stand no chance of getting in there. 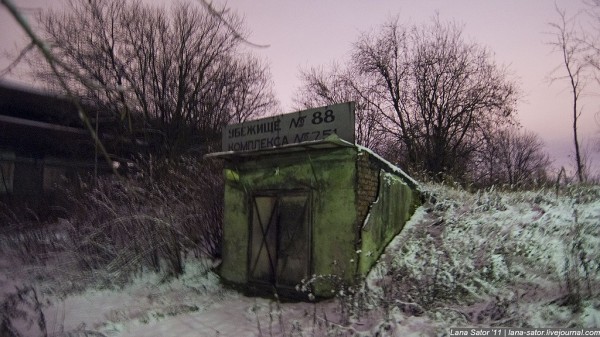 Not unless we were willing to do the incredibly risky thing of attempting to sneak in at an odd hour, hoping not to encounter anyone. 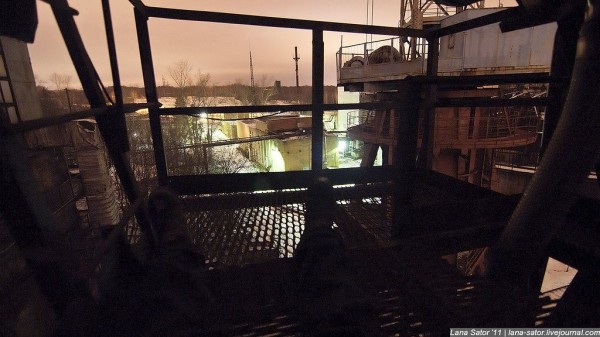 Because if you could sneak in, you could climb those impressive towers, and look out over the entire factory. 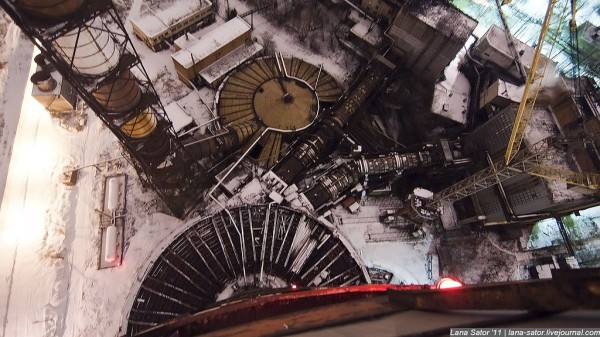 Or, perhaps, look inside, down one of those seemingly endless shafts. 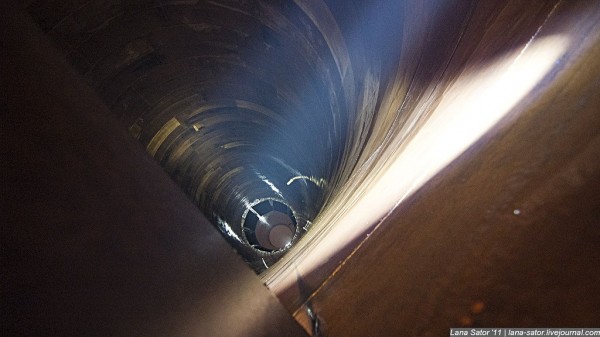 But wouldn't you wonder what really went on inside that factory? What the inner workings were like, where rockets were assembled? I mean, would you be brave enough to just slip inside and try to find out? 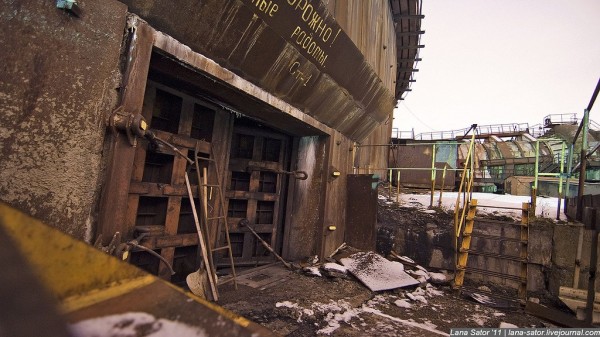 Well, I wasn't. But a few weeks ago, Lana Sator was! Here are some of the highlights of what she saw, which look like something that's more at home in science fiction than in science. 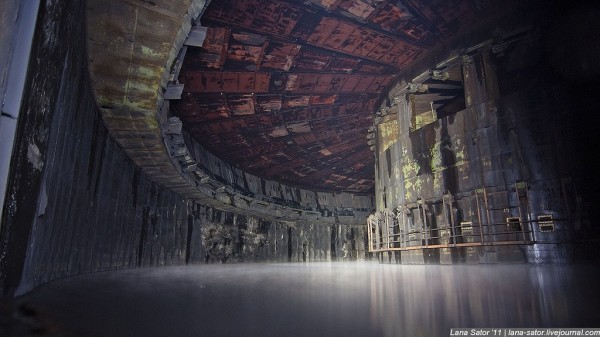 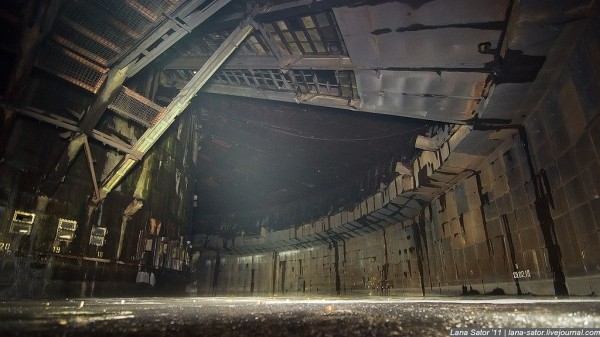 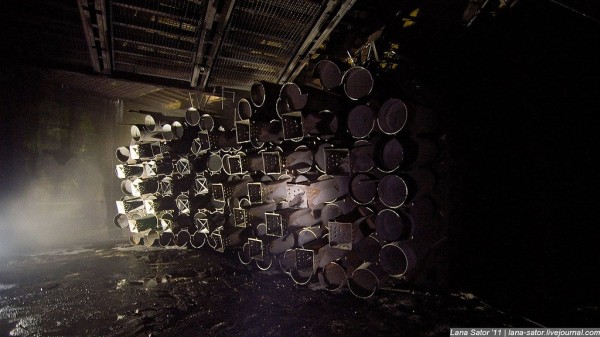 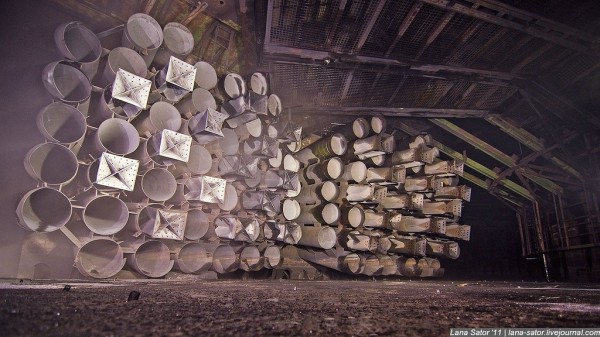 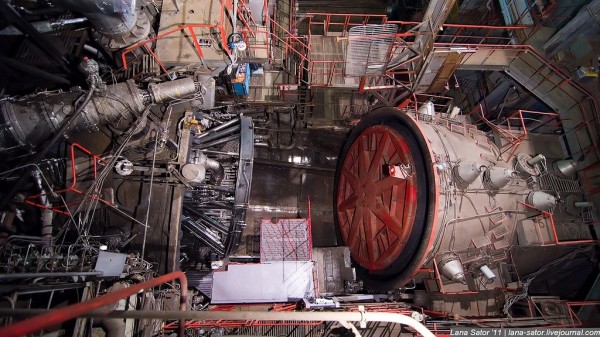 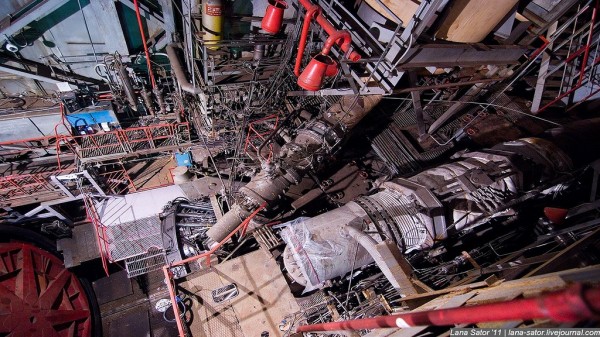 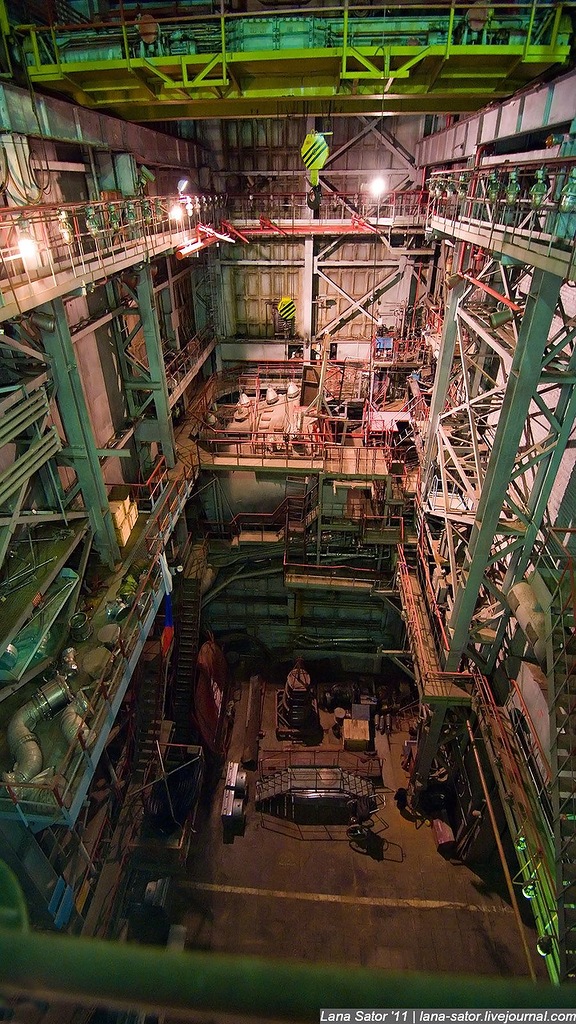 And who is this brave, stealthy photographer? 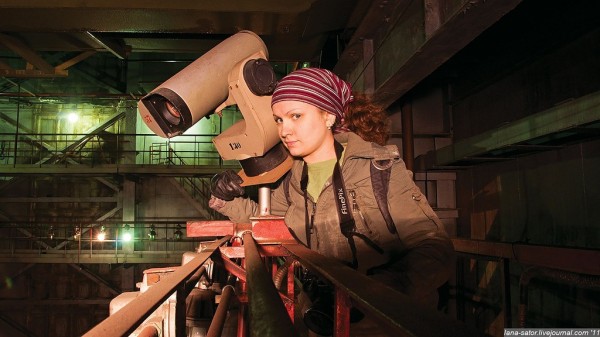 She's a badass, that's who she is. (That's her with a security camera, inside the facility.) Take a look at the cease and desist letter the Russian government sent her; this is for real! You can see all her photos over at her livejournal, which she is refusing to take down. Although it's (I'm sure) much to the chagrin of the Russian government, it's to all our benefit, as -- for the first time ever -- we get to see the inside of a Russian rocket factory! Enjoy, and have a great weekend!

Flags Don't Wave in a Vacuum; Or: NASA Reboot

Last November, in Florida, I had the opportunity to see my first Space Shuttle launch. For the hundreds of millions of people who don't pay more than a passing notice to the fact that human beings still go into space on a regular basis, this is a fairly banal thing. But to those who camp out all…

The following is the first in a two-part distillation of a cover story about NASA, politics, and the new power generation that I just finished for the LA Alternative. From this surreal atmosphere, as close to the belt of the equator as we can get in this country, we send people into outer space.…

The second in a two-part distillation of a cover story about NASA, politics, and the new power generation that I just finished for the LA Alternative. To get up to speed, see the previous entry. The CEV -- Ares, or whatever -- is not the first attempt NASA has made to replace its Shuttle fleet…

"We will never forget them, nor the last time we saw them, this morning, as they prepared for their journey and waved goodbye and 'slipped the surly bonds of Earth' to 'touch the face of God.'" -John Gillespie Magee, Jr.; spoken by Ronald Reagan after the Challenger tragedy Twenty-five years ago…

I suspect that the Russians could make a fair bit of scratch renting those places out to SF film producers as sets. I can already spots for depictions as: a time machine; space station, PAW shelter.

It's not a cease-and-desist letter. It's a warning placed at the spot where fence repairs were being made -- which allowed them to bypass the factory perimeter (not entirely legally) in the first place.

It's not really an "active" factory, at least not in the sense we imagine active factories. Yes, some parts are still being used, but one can see from the pictures that most of it hasn't been used for many, many years. It's deserted and probably due for scrap. If it was a truly active factory she wouldn't be able to reach 1 km of the site without being swarmed by security forces with big guns.

But that aside.. the photos are truly amazing. And the girl has some guts!! :)

I would not readily walk around in places which might have come in contact with the liquid rocket fuel that the Soviets/Russians were using and continue to use (such as non-symmetric methylhydrazine). These might be extremely toxic, corrosive, carcinogenic and/or volatile. There are lots of cases from the Baltics of people dying after having run around in old missile bases trying to find valuable stuff to take with them and having had skin contact with the nasty propellants.

They don't make engines for NASA's Atlas rocket. They make engines for United Launch Alliance's Atlas rocket. This is an important distinction; people have this idea that NASA is the American space program, much as Russia's space program (military, civilian, and commercial) is monolithic, but it's not remotely true. The Atlas V wasn't even developed under *for* NASA; it was developed for Lockheed Martin's primary launch customer, the USAF, under the Evolved Expendable Launch Vehicle program. It's an interesting story on its own, complete with scandals, intrigue, industrial espionage, major shakeups in the defense sector (Boeing got a major smackdown), and, ultimately, very disappointing financial prospects that left the program totally dependent on the US government for customers. One of the twists is that the RD-180 was originally supposed to use up the existing inventory of engines (built for a never-flown rocket) and then have Pratt & Whitney produce them under license, but this never happened. I'm not sure if they just haven't used up the original inventory yet (Atlas V definitely hasn't had anywhere near the launch rate originally expected).

The engines are RD-180s, and are powered by kerosene and liquid oxygen, as are the Soyuz first stage engines, which are related to it. The engines are made by NPO Energomash, which is indeed the company which owns this facility. I have tried to see if there is any information on which Energomash facility makes what, but have not found any.

It's interesting to look at these images and see how various locations at the facility range from a state of decay to looking like an actual operational plant. It's not as surreal as James Oberg's images of the defunct N-1 facilities and scrapped parts around Baikonur (those have been crumbling for decades), except for the fact that they were taken without permission. It's not terribly surprising, though.

Calli- I think you should write a "Thriller" novel! You already sold me!