"I think a strong claim can be made that the process of scientific discovery may be regarded as a form of art. This is best seen in the theoretical aspects of Physical Science... The theory of relativity by Einstein, quite apart from any question of its validity, cannot but be regarded as a magnificent work of art." -Sir Ernest Rutherford

Einstein's theory of relativity -- and in particular, the notion that no form of matter or energy can exceed the speed of light in vacuum -- has been one of the most thoroughly tested and most successfully robust scientific theories of all time. Have a listen to Afro Celt Sound System's

Lovers Of Light,
while you ponder that not even neutrinos could travel faster-than-light.

But... you may ask, what about marshmallows? Yes, you may be familiar with using marshmallows to measure the speed of light; just put a large tray full of mini-marshmallows in the microwave without the turntable for about 30 seconds. 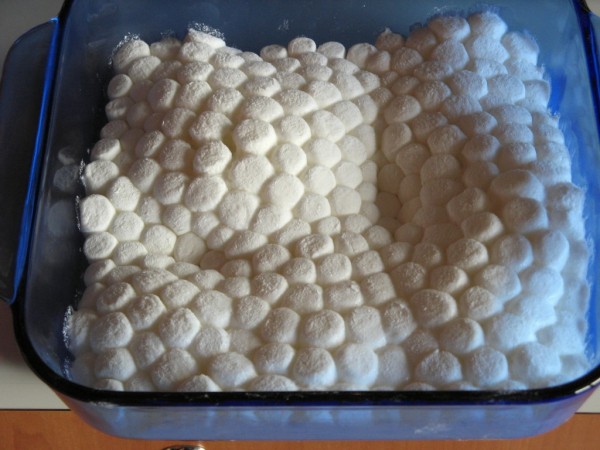 Measure the distance between either the two most-melted peaks or the two least-melted valleys, double it (that will give you the wavelength of the microwave light used by the oven), and then multiply it by the frequency your microwave runs at, which should be printed on the back of your microwave (in Hz). That should give you the speed of light!

But can they go faster than light? In the most creative diorama I've ever seen, the Washington Post's Marshmallow Peeps diorama contest has, as one of their semifinalists, this entry: 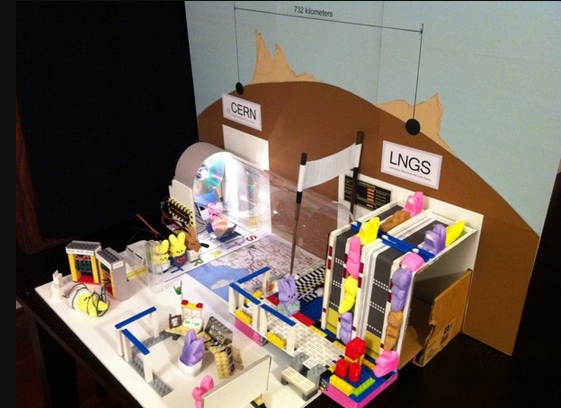 The aptly named entry, Faster than the Peep of Light?, is a seriously amazing reincarnation / homage to the OPERA experiment. Located at the National Laboratory underneath Gran Sasso, Italy, collecting and detecting neutrinos originating from 732 kilometers away at CERN, this experiment set out, clearly, to determine once and for all whether marshmallows can travel faster-than-light. 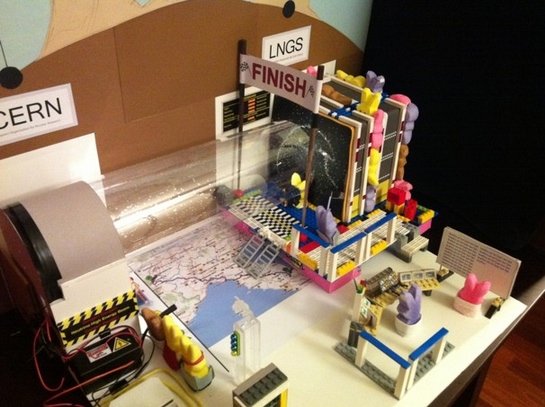 The most astute among you, of course, will notice (and adore) the hilarious interpretation of the famed "loose cable" that was the suspected culprit in the erroneous faster-than-light measurement. 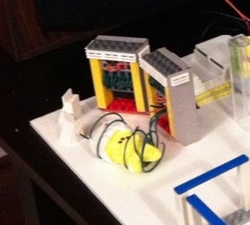 And that's some amazing amusement for this April Fools' Day!

Just thinking about eating all those Peeps is giving me a stomach ache...almost as though eating them (in the future) is making me sick faster than the speed of light! Of course, now I'm not going to eat them, proving that this can, in fact, cause a paradox. Best get the theorists on this right away....

Afro Celt Sound System are a great band. I've been listening to their stuff for the last 10 years or so.