Whose world is it, anyway?

So, you've been around a while, seen all sorts of things, and learned an awful lot about the world, solar system and Universe that we live in. But how well do you know it, really?

To scale and in order, these are the eight planets you know so well. There are the four rocky worlds of our inner solar system: Mercury, Venus, Earth, and Mars, and the four gas giants that dominate the outer solar system: Jupiter, Saturn, Uranus, and Neptune. With our huge assortment of terrestrial and space telescopes, as well as interplanetary space probes such as Cassini, Messenger, the Mars missions and, of course, Voyager, we've taken some amazing images of every one of these worlds. 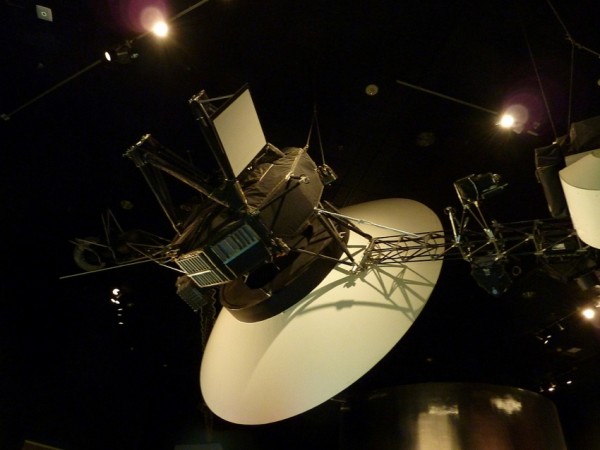 My question for you, however, is can you recognize them? A long time ago, I made a quiz to see whether you could tell Mars from Arizona in pictures, and it was difficult even for Arizonans to get them all right. Let's see if you can solve the mystery of which image is of which planet?

Below, I've got for you eight images in random order, one each of a portion of each of the eight planets. The images are all in true color, where available, or altered to be as close to true color as I can make them. Let's get right to it, and see what you can come up with! 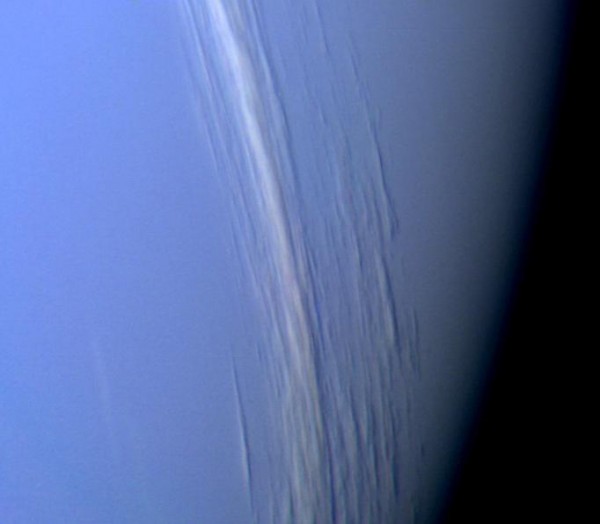 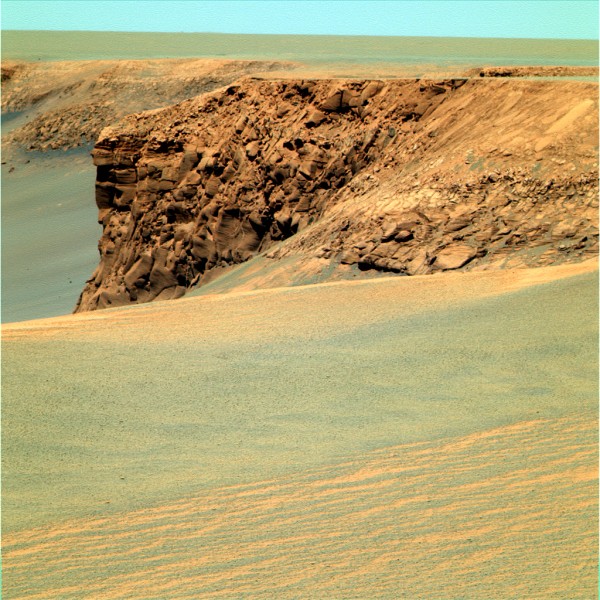 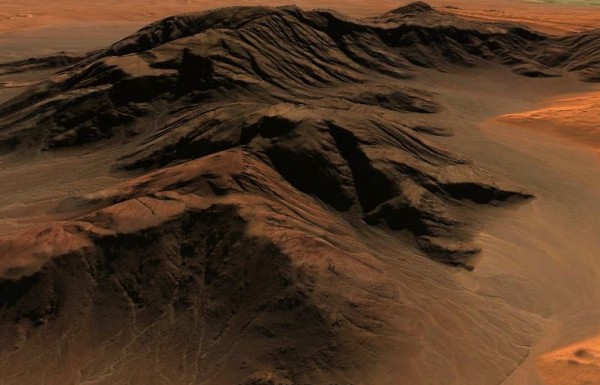 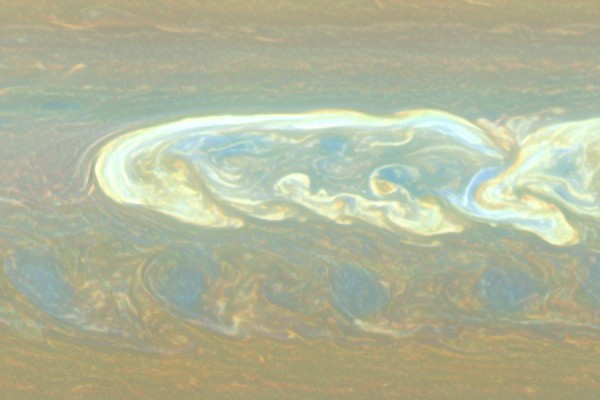 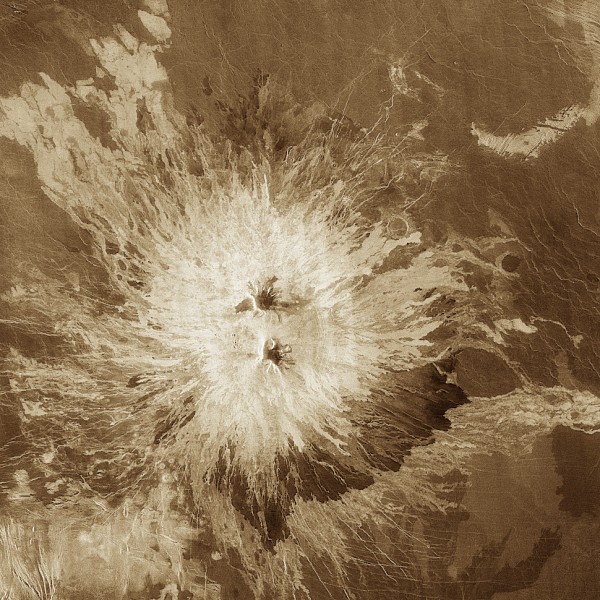 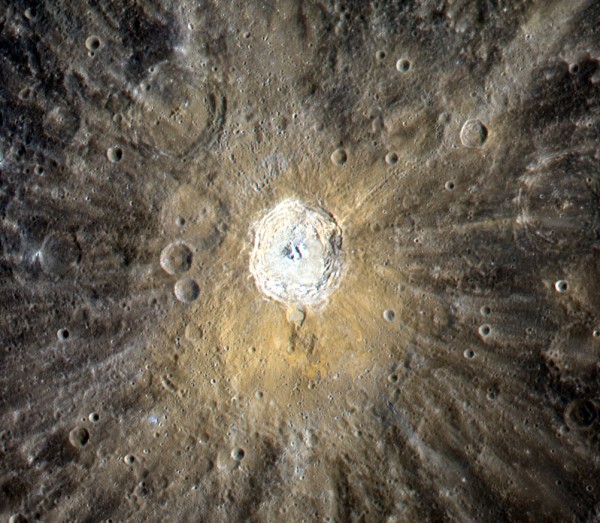 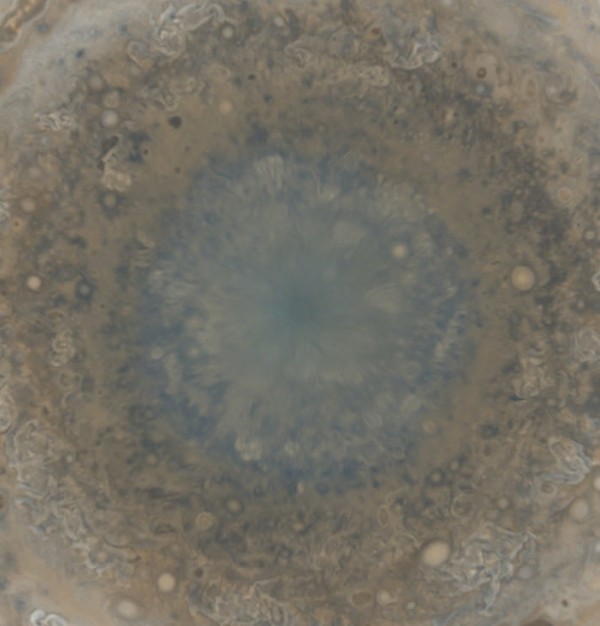 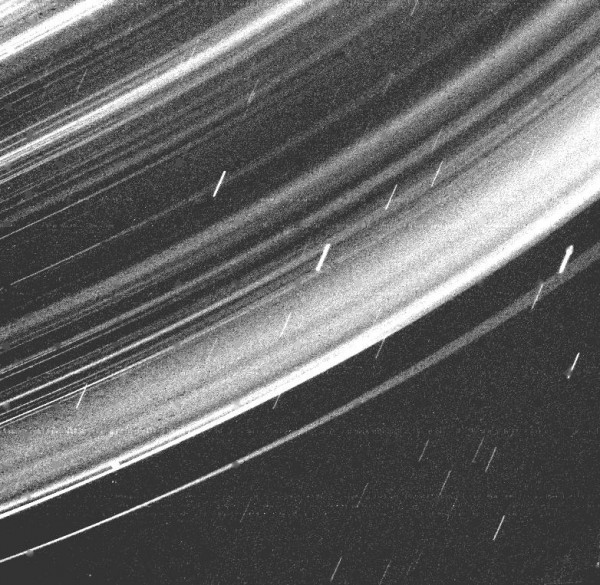 What have you got? Leave a comment and let me know if you've figured it out, and bonus points if you can identify where on each planet the image was taken!

Can you solve the mystery?

Throwback Thursday: Do you know your planets? (Synopsis)

“Don’t go around saying the world owes you a living. The world owes you nothing. It was here first.” –Mark Twain You probably think you know the eight planets pretty well, don't you? Mercury, Venus, Earth, Mars, Jupiter, Saturn, Uranus and Neptune, in order, with the four rocky inner worlds…

You're not from around here, are you?

"A journey is a person in itself; no two are alike. And all plans, safeguards, policing, and coercion are fruitless. We find that after years of struggle that we do not take a trip; a trip takes us." -John Steinbeck Here on Earth, we all get to enjoy the delight of being located in an extremely…

The Sirens of Titan

"Everyone is a moon, and has a dark side which he never shows to anybody." -Mark Twain Back before the telescope was invented, Saturn was known as the Old Man of the Skies. The slowest-moving of the naked-eye planets, it's the only one that would reliably be in nearly the same location, year after…

"More days to come / New places to go I've got to leave / It's time for a show Here I am / Rock you like a hurricane!" -The Scorpions It isn't just Earth, of course, where these great cyclonic storms occur, whipping across the planet and wreaking havoc as they rage above the surface. Most famous,…

This was fun, thanks. After years of teaching this stuff, it's finally beginning to sink in.

Without looking at anyone else's answers, I have:

Now going over the other answers, it seems 2 and 3 are a point of contention. Let's take a look at the images closely.

Image #2 has a very aqua-blue sky. More greenish than than the deep blue we see on Earth. However, Mars' atmosphere is mostly red, is it not? Confusing... Also, there are lots of neat little details in the rocks there, showing horizontal smoothness from recent wind/dust erosion, but no obvious evidence of liquid water erosion, which would be in a vertical arrangement. Also the dust deposits in all those little cracks would have been washed away of there was any significant rain on this world. Although there are a lot of areas on Earth where hardly any rain falls at all. I'm torn on this one being Earth or Mars. I'll go with Mars.

Image #3, I believe here we are looking at a screenshot from a 3D mapping program like Google Earth (which includes a Mars counterpart). The terrain is very red here, and there is good evidence of water erosion in the side of the mountain at the bottom. Mars does show water erosion in its history, but to what extent and in which regions I am unsure of. Another clue: lots of water erosion but no signs of life. No trees or greenery, or even the remains of that are obvious here. I'm going with Mars.

I'm going to change my answer for image #3 to Earth, after investigating Mikek's assertion that it is the Namib desert. Thos e fluffy-looking bumps that I thought were exposed rocky features are actually trees. No evidence of life my left nut.

Google Earth (and not Mars) confirmed this!

I took more of a technical approach. Filtered by gas/rocky, on which we landed, which have rings, by structure/color, resolution.

Some would call that cheating, but I learned some things in process and I think that's all that matters.

1. Neptune (can't miss that deep blue colour)
2. Mars (looks slightly false-coloured)
3. Earth (you deliberately chose a reddish one to confuse us hehe)
4. Saturn (looks like that recent monster storm)
5. Venus (only terrestrial option left after I decided on #6)
6. Mercury (too many craters for a thick atmosphere like Venus)
7. Jupiter (looks like a polar region)
8. Uranus (next best ring system after Saturn)

Some of those reasons are dodgy but I think it works :D

1 Neptune - by exclusion by #8. The flow field direction remind of Uranus axial tilt, but those are likely high altitude clouds and the photo can be tilted any which way anyway.
2 Mars - Victoria crater.
3 Earth - by exclusion by #2.
4 Jupiter - typical cloud belts.
5 Venus - typical terrain.
6 Mercury - those mysterious blue tints.
7 Saturn - a Cassini shot of a pole.
8 Uranus - ring system got a better Voyager shot, I think.

... a better shot than Neptune's. It's not Saturn's large and well photographed, and I doubt it is Jupiter's which is pretty simply structured I think..

Going over the other responses, I see there is a Saturn mega storm I'm not acquainted with. The weak colors could be what you get when you process Saturn images.

I guess it is possible to switch 4 & 7, because I can't remember how the pole regions are supposed to look. Except that unexpected pentagonal north (IIRC) pole of Saturn, and I assumed this to be the other one.

But I have to choose without googling images, so I'll throw myself at the spear of superior external knowledge, and switch:

Sigh! 7 Jupiter (why isn't there an edit facility anyway).

Many of you have done very well; I am impressed!

Here are the complete results:

1.) The limb of Neptune, as photographed 2 hours before closest approach by Voyager 2, in 1989.
2.) Victoria crater, on Mars, as photographed by the Opportunity rover. This one is a bit false-color, but not as deceptive as the images of the Cape St. Vincent feature in that crater that you can find via google.
3.) Earth, in the desert of Namibia. Part of the Awasib mountain range, this mountain desert was deliberately chosen because of how alien the terrain looks.
4.) This was cropped from an amazing storm on Saturn, which raged for 200 days from December 2010 to August 2011. Imaged by Cassini, you can read more about the storm here.
5.) This is one of the seven great mountains -- Sapas Mons -- on Venus, as imaged by the Magellan spacecraft. Colors were adjusted to remove the false-red color that Magellan's image processing returns.
6.) Mercury's atmosphere-less surface is imaged here by Messenger. The moon-like terrain is a dead giveaway, and this is Kuiper Crater in particular.
7.) This unusual view of Jupiter, photographed by Cassini, is from a flyover of our largest planet's North Pole, which is why it's so unusual! Cassini has even taken movies of Jupiter's north pole; check it out for yourself!
8.) A 96-second-long timelapse shot of Uranus' rings, by Voyager 2 in 1986, allows us to identify 11 separate rings as part of its structure. Not bad!

Hope you liked the quiz!

Ethan, in the Jupiter's north pole movies you link to, why does the very center of the pole change so dramatically towards the end of the movie? Is this some kind of electromagnetic jovian storm?

Damn, the blue sky in #2 threw me off haha

I should add that I hadn't looked at anybody else's. I don't really need to post up an explanation I guess, but now that I see other's doing it...well the first one is from Voyager II of the clouds in Neptune's upper atmosphere, 2 is the Opportunity photo of what looks to be Victoria crater, 3 is earth and I don't know what took that one, 4 is jupiter taken by voyager, 5 is some region of venus (not sure where) taken by Magellan, 6 is of some crater on Mercury taken by Messenger, 7 is Saturn's south pole taken by cassini, and 8 is voyager II photo of the rings of Uranus.

1. Neptune
2. Mars -- but only because I think I recall seeing this picture from the Lunar Rover pictures.
3. Earth
4. Jupiter
5. Earth? Not sure about this one.
6. Mercury
7. Saturn
8. Saturn but it could be Uranus's rings

There are rings around Uranus!!!

In 2850 it will be renamed to avoid such childish humour...

nr 5 has to be the axismountain of discworld.