“There is no such thing as magic, supernatural, miracle; only something that's still beyond logic of the observer.” -Toba Beta

It might be hard to believe, but science tells us truths about the Universe that we might never have intuited or philosophized about if the Universe itself didn't reveal them to us through investigation. Bap Kennedy alludes to this in one of my favorite songs by him,

and this is certainly true of Einstein's relativity, which details just how the Universe behaves when we move close to the speed of light. This is notoriously difficult to visualize or gain an intuition about.

Lengths contract in the direction of motion, time dilates, light red-and-blueshifts, things become oddly bright-or-dim dependent on where they are relative to your location and velocity.

In other words, things are very different from your common experiences in the world, all according to the straightforward laws set forth by Einstein's theory of special relativity. 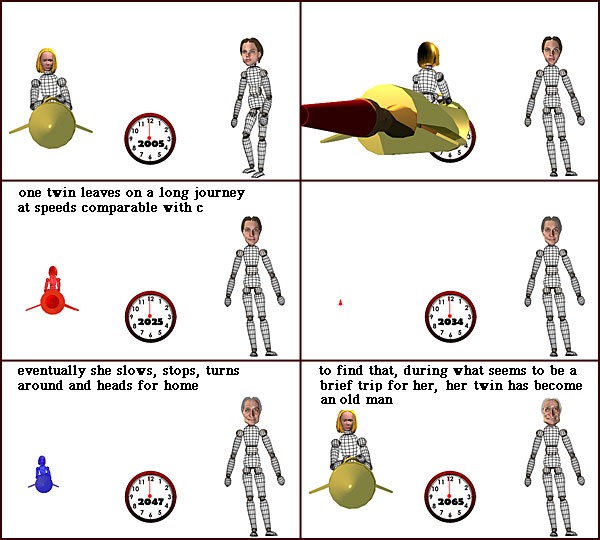 But one remarkable project aims to change that, and does such an awesome job that I had to share it with you. 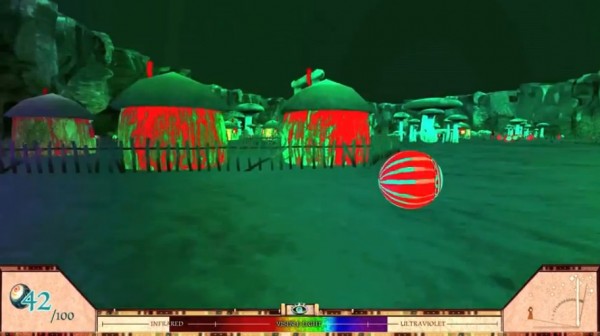 Say hello to the MIT Game Lab's latest project: A Slower Speed of Light, which allows you to collect orbs by moving around through a collect-'em-style game. Only, with each orb you collect, the speed of light slows down. And that's where things get freaky.

The colors start to change, distances start to appear counterintuitive, and, well, you're challenged to develop an intuition for moving at relativistic speeds, because the speed of light has slowed! 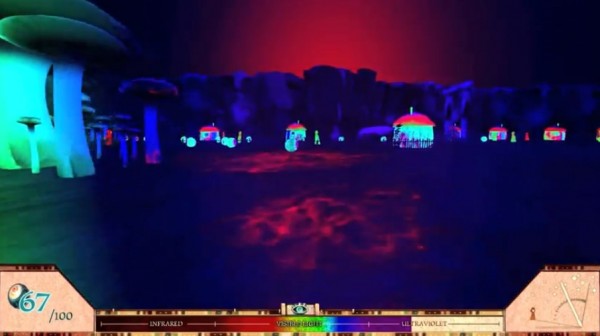 When you've successfully collected all 100 orbs, you're rewarded with the red/blueshifts turned off, and you merely observe the effects of the Lorentz transformations, which are still incredibly freaky! 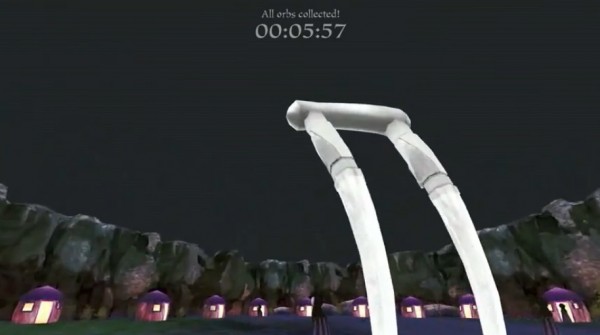 The game is difficult to control, particularly if you've got a trackpad instead of a mouse (and don't even think about playing it on a tablet/mobile device), but it's an amazing exploration.

Download the PC or Mac version, or just check it out at the MIT game lab here. It's a great download and an excellent way to spend 20 minutes or so just messing around; I'm glad I did! Hope you like it too, and have a great rest-of-your-weekend!
Tags
Random Stuff
Relativity
MIT Game Lab
MIT Media Lab
speed of light
video game

I played this a few days ago and I was a bit surprised by the wacky colours - they seem to just cycle through the rainbow and back again which isn't what I would have predicted. If this is what would really happen, why? If not, then doesn't that defeat the object of making a game to illustrate the effects of relativity?

It's not nearly as visually impressive, but have you seen Velocity Raptor (http://testtubegames.com/velocityraptor.html)? It does similar, very cool things.

@ William Russel, I think they are illustrating the doppler shifts. Yes, colors change at relativistic speeds.

Odd that it has taken this long for someone to think of making a game, given that Mr Tompkins in Wonderland came out more than 70 years ago.