"Why should people go out and pay money to see bad films when they can stay at home and see bad television for nothing?" -Samuel Goldwyn

There are few experiences that we can share together -- no matter the great distances in space or time -- like a good movie. Encapsulating a great variety of aspects of the human experience in just a couple of hours, a movie can take us to places we've never been and inside the minds of people we've never known, as Janove Ottesen reminds us in his song,

This weekend, I'd like to highlight for you three of my favorite fake film trailers, all amazing and unique in their own right. Imagine, if you will... 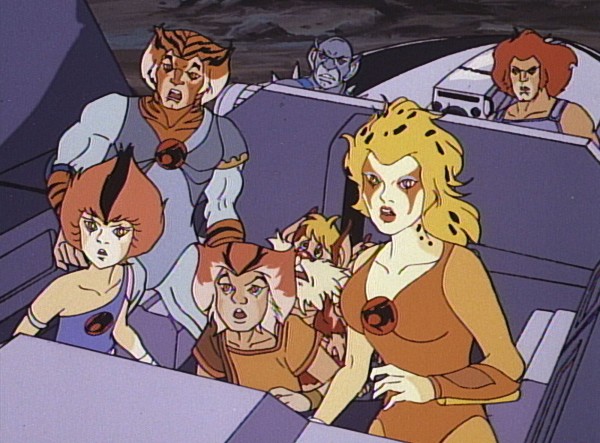 Yes, I'm sure many of you remember the 1980s cartoon (or at least remember my 2004 Halloween costume), starring the last survivors of the Thundercats' destroyed home world, Thundera, who travel across space to Third Earth, where they strive to make their new home, facing a variety of terrifying, mutant villains. It's a shame it was so crudely animated and poorly written; it really did have the potential to make an excellent science-fiction backdrop to tell some great stories. 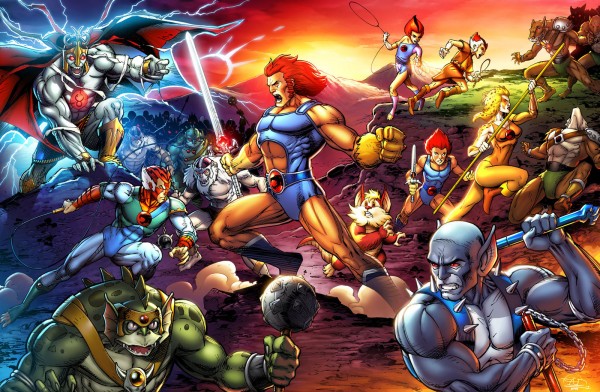 Well, tremendous fan WormyT has made the greatest fan trailer (and yes, it's fake; this is not a real movie) I've ever seen, imagining Brad Pitt, Vin Diesel, Hugh Jackman and others as the Thundercats. Have a look and see if you don't love it as much as I do, and wish this was real!

This was made, of course, by stitching together (and altering) footage from already-existing movies. But what if one were to take a real, iconic movie, and reimagine it as an entirely different film? I present to you, next, an internet classic... 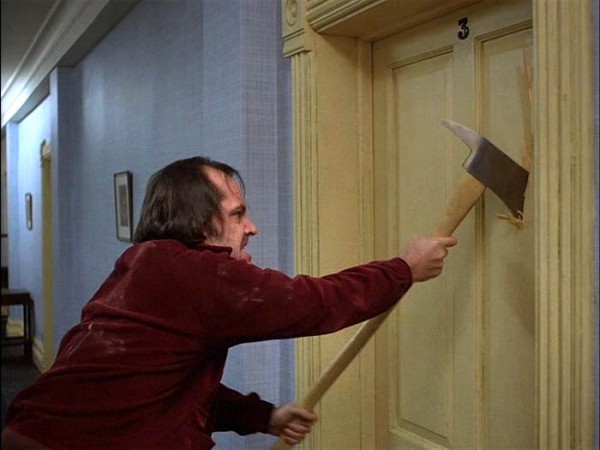 2.) The Shining, reimagined as an uplifting family film.

Yes, that's right. Someone recut the Shining -- that Kubrickian dystopia based on (and much scarier than) the eponymous Stephen King novel -- and with the help of a clichéd song, turned one of the most frightening tales of mental unraveling to the point of murder into a trailer for a film about family togetherness.

Who would ever imagine, upon seeing this trailer, what a horror story the Shining actually turns out to be?

And finally, there's a brand new trailer out that goes in the other direction, turning perhaps the greatest silly, ridiculous movie of all time into a serious one... 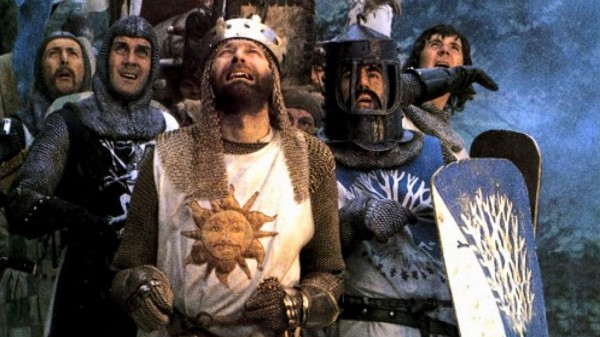 1.) Monty Python and the Holy Grail, modernized for epic gravitas.

Yes, you read that right. Stéphane Bouley has taken the original film, and thanks to a combination of clever edits, has reimagined this movie as an actual, serious quest full of adventure, battle, danger and tragedy.

(And to think, there's no longer even a single knight to say ekki-ekki-ekki-ptang-zoom-boing!)

I would watch all three of these movies in a heartbeat, and I hope you enjoyed the trailers, however fake (or misleading) they may be! See you back here on Monday for more joys and wonders of the Universe!

This is a trailer for a movie I would queue for a week to watch: "Terminator - How It Should End"

Then there's this one:

A couple more that have been circulating for awhile.

The Matrix, recut as a lost romance story:
http://youtu.be/EsNyiB2J1Gk

I for one am decidedly disappointed by the lack of History of the World Part II.

I was a bit angry with Stephane Bouley for daring to mess with a Python classic. Did okay though, please don't touch Brian.

Ethan: thank you for showing us that Monty Python trailer: ***I wish the movie was that good.***

So far I've just watched the Thundercats fake trailer. Very nice.
So why?
And my answer is that movies are like music. Just as music has been altered, remixed, bootlegged; the technology exists to remix movies. So they will be remixed. Very nice.
Yes, copyright law and all of that.
But some remixed music is better than the original stuff and so it will be with movies.
Copyright law and royalties and such, as always, will have to play catch up to creativity.
Yes creativity needs to be encouraged.

These are brilliant. It would be a good joke if theaters played these as if they were actual previews (perhaps during the 1st week of April..), creating a nice mixture of laughter and confusion from the audience.

But if you can control what's available, then you can maximise profit over expense.

When RIAA industries were crying over dropped revenues in the 2000's, what they DIDN'T say was that they'd dropped the number of albums produced much more, therefore each album was much more profitable and they didn't have to spend (or share with the stinking filthy hippie artist who isn't worth as much as the exec with an MBA) as much to make it.

That reduction was possible to do because the were clamping down on the channels for music. Original Napster saw a rise in music sales along with its traffic. When shut down, within weeks, the sales had collapsed.

But this is what they wanted: Napster was not possible to control and people were finding bands that weren't being pushed, therefore either not RIAA affiliated or required ramping up new production lines (increasing costs). Closing down was what they demanded to regain control.

And it's this control that, IMO, is why "the music was better in the 80's" is likely to be right: the variation of music available in mainstream was massive.

From my POV, much of it complete crap, ranging up to some brilliant stuff. Same thing for other people, but their tastes, being different, assessed different tracks to those categories than I did.

With control, none of those off-the-wall tracks (like "The bushes scream while my daddy prunes" for example) would never have come to light.

The music at the turn of the century was all carefully considered to be as mainstream as possible, and there was little expericmentation. So very few outstanding pieces. And a decade later, you remember those outstanding pieces much more than the mediocre.

Wow's right.
Here's a discussion on "the drums of the "Amen Break," a break beat many believe to be the most sampled loop in music history. It helped spur the creative use of samplers and spawned an entire musical subculture. " http://www.huffingtonpost.com/network-awesome/creativity-endures-the-am…

what? you seem to say.... it was not an actual, serious quest full of adventure, battle, danger and tragedy? I don't think you saw the same movie I did!!

This movie ranks with LOTR for veritas and gravitas!