Why the world needs Cosmos (Synopsis)

“The brain is like a muscle. When it is in use we feel very good. Understanding is joyous.” -Carl Sagan

I haven't been shy about sharing my hopes for the new Cosmos series, which aired its first episode earlier this week. 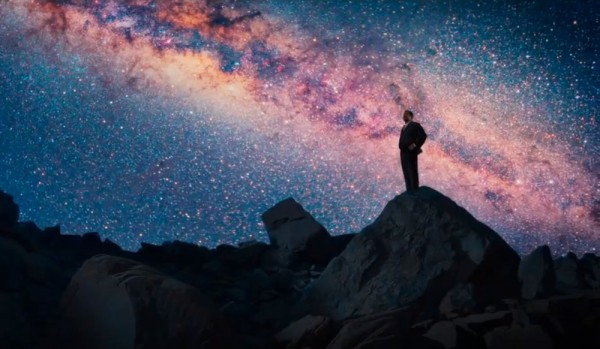 Personally, I thought it was good, even though it wasn't the series I would have chosen. Although that isn't really the point of Cosmos, is it? You see, there's a story being told here -- a story that's the one thing unifying us all in the Universe -- a story of our shared history. And for the first time in a generation, that story is being told, in an up-to-date way, for a worldwide audience, with the potential to reach hundreds of millions of people.

Why is that important?

Go and find out! And if you like it (or not), weigh in and share your thoughts here!

You made perfect sense in this post, and you posted this on a day when I really needed it, I am part of this universe and whatever someone else tries to take away from me, no one can ever take that away from me.

I do have fears that I dare not think about...but they have nothing to do with existential death per se. They have to do with untimely death, and not even mine. I have a young son and what I can't think about is what could happen to him. The thought of him dying at 85 with 5 grandkids doesn't bother me at all.
My background is science, but the worry of unthinkable thoughts was never what compelled me to go into science. What compelled me was simple curiosity - I wanted to know (and still want to know) why things are the way they are.

Having disagreed with you on all that, I am glad they are remaking Cosmos. I saw the first one and while there were bits of it I thought were both good and bad, I recognize that I'm not the target audience and hope that, overall, this will be a series that inspires today's teens the way the old series inspired the teens of the last generation. My anecdotal evidence (2-3 posts about it from parents of teens who watched it) is that it will...at least so far...

I will be 50 this year, and the original Cosmos inspired me as a teen. My grandfather said "Read something and learn every day and you'll be smarter than any 'Professor' and never be in need of a degree or 'credentials'." I was about to turn 8 when Apollo 17 ended all hopes of returning to the Moon in my lifetime, and I was short-sighted when it came to realizing that a life of exploration was still open to me. Thank you so much Ethan for rewarding all of us millions who still dream and are always searching the Universe with our questions every day. Your site is the first I go to every night at work, and you answer in a more satisfying depth than the usual spoon-fed pablum the 'target audiences' get on Nova and documentaries like 'Cosmos'. I search out and explore every link, for the deeper nourishment, I have come to crave from a lifetime of learning. Thank you and Thanks to Carl and now Neil for pointing the way to the Cosmos in and around us, you have all made the Journey less lonely for me.

Neil is not Carl. I saw a bit of one episode and came away clear on that. Carl fit in with his material like a hand in a glove. However, I suspect the special effects and technical stuff is going to succeed famously.

Personally, I don't understand your sentiment "why the world needs Cosmos"...

It's hardly the only one out there. And it's hardly that others are bad. From "Through the Wormhole" with Freeman, PBS's "Nova", Hawking's "Universe", Caroll's "Mysterie of Universe"... there are dozens... BBC's one's, National Geographic ones etc etc...

Cosmos is just another one. And one has to be frank... original Cosmos was a blast because of Sagan. Tyson is a poor substitute.

I am keen to watch new Cosmos, of course, but in all honesty, I don't expect to see or hear anything new or different than what the above mentioned series's already did.

Is nice. Think Patrick Stewart would be a perfect host :) Tyson is just ... bland.. But production is CGI is top notch. And I like the cartoon style for story telling. For children audiance this perfect.

The only thing where new cosmos falls very short in comparison to old one is of course the script or literary finesse of Sagan himself.

Overall, is a nice addition to astro documentaries.

@5 and @6 - I think Tyson did best when he was just talking about science and his personal experiences. Those scenes resonated. The more bells and whistles they added or more artificial the scene, the less well he does. But again, I realize I'm not the target audience; the bellls and whistles are for them, not me.
I did like the calendar. Taken directly from the old series IIRC, but that's not necessarily a bad thing. If Hollywood can reboot Batman, Spiderman, and Superman every 10 years, Cosmos can be rebooted every 20 without any complaint from me.

I really enjoyed the first Cosmos, Carl Sagan's shoes are hard to fit into. But, I really enjoy Neil. His Star Talk show is awesome. He just has so much energy and he looks as though he is always fascinated with everything the universe offers. I am really looking forward to the rest of the episodes.

watched now ep. 2 and 3 of new cosmos... YAWN! should be renamed "long boring history lesson". And looking at the rest of the titles, looks like more history to come and not much cosmos. :/

I disagree Sinisa. I've been loving the new series. I had never watched the original, so I have just gone through them all on youtube and it's probably the best documentary I've ever seen simply because of Sagan's presentation. He presents the most clear and rational explanations which resound to any audience. It's a rare gift but luckily people like Sagan, and Ethan, have it.

Neil is a bit smarmy... I have not seen the series so I can't say how bad he is.. In general these shows have too much fluff and very little science.

Since I don't have a TV I will watch them on youtube sometime in the future.

my point is that for best documentary... watch original cosmos with Sagan, not the re-make. Re-make is nice.. but a downgrade in terms of cosmology.