“If there’s one thing that I love as an entertainer, it’s a spectacle.” -JC Chasez

I know that about half of those of you who read Starts With A Bang regularly hail from outside the United States, but I was completely unprepared for the joyous spectacle that is the Eurovision song contest when I first encountered it last year. Have a listen to the best (not the winning) song from last year's contest, as Koza Mostra and Agathon Iakovidis sing their brilliant Greek entry,

But each year, the Eurovision song contest gives us some of the world's most interesting and entertaining spectacles, and I've gone and highlighted my top five for you -- along with some additional thoughts and color -- once again. 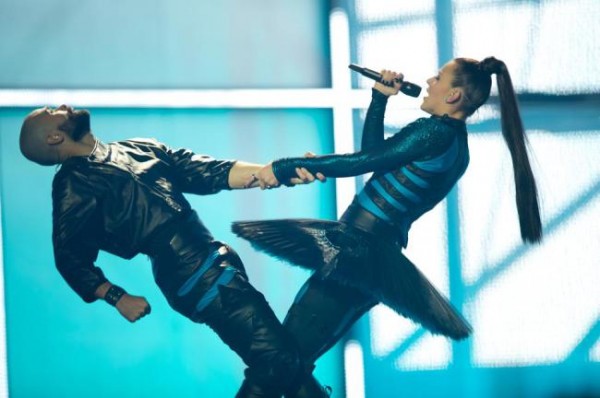 3.) Austria’s Conchita Wurst singing Rise Like A Phoenix. Okay, look, I’m not going to lie. When I first saw Conchita Wurst, I may have mistakenly asked why Prince was competing at Eurovision. The drag queen alter-ego of musician Tom Neuwirth, Conchita’s performance was controversial in countries like Belarus and Russia, because those countries haven’t learned lessons of basic human decency and dignity yet.

Well, guess what, haters? Conchita won Eurovision 2014, Austria gets their first win since 1966, and everyone who snubbed their noses at it gets to look like the intolerant jackasses they chose to be in front of the whole world. Good on you for rewarding creativity, bravery and quality, Europe. Good on you.

Go and read the whole thing, and happy weekend!

Eurovision used to be about music. For the last decade or so it mutated into a bizzare circus of stage acts that have less to do with music and more to do with OMG factor.

Yes, you will still find couple of good songs every year, but those signers mostly won't make it to finals, or if they do, will loose to bands/performers that went for theatrical looks but with crapy songs. Hence, several months from now noone in europe will remember the fake bearded sausage, just like noone remebers the last year winner, or the one before that. They will remain unimportant signers, just like what they were before the show.

For all the same reasons, you will mostly not find any serious musicians performing or even thinking about eurovision.

All of this has no bearing if you enjoyed the show and found the performers good. Nothing wrong with that. But music wise, Eurovision is a farce.

Absolutely. Crappy songs, artists not of the first rate, voting by neighbourhood. And yet ........

Best song didn't win - never does - but a good result even so.

I am glad you enjoyed our spectacular Eurovision. Graham Norton is definitely the icing on the cake.
The best song may have not won,but the best sentiment did.

Glad you liked it, but why no comment on France, 'Moustache' has to be one of the craziest entries!

Oh I really HAVE to watch the show with BBC commentary next year.

I feel somewhat bad for the Belgian entry, but it really was a destined to loose. On the upstart, this year it was Flanders turn to vote for a Belgian representative and they sent somebody from Wallonia. That's kind of funny when you think about all the "don't talk and interact with this other part of Belgium "-business that you are confronted with most of the time.

Anyway, my heart went out to Conchita although I was disappointed by the Germans not giving them 12 points, until I found out that the German people actually did give 12 points but the jury ranked Austria very low. Not cool.

In view of your credibility i'm gonna pretend i didn't see this post!!