“I much prefer the sharpest criticism of a single intelligent man to the thoughtless approval of the masses.” -Johannes Kepler, 1601

It's easy to think of some things as eternal, even though nothing truly is. The Sun is long lived, and it has another 7 billion years (or so) to go before it runs out of fuel, but eventually it, too, will die. But surely gravitational orbits will outlast us all, right?

As it turns out, even the simplest system you can set up -- of a single small mass orbiting a large one -- will decay over time. But is this something that would come out of Newton's laws, or would you need to go beyond that to understand this phenomenon? 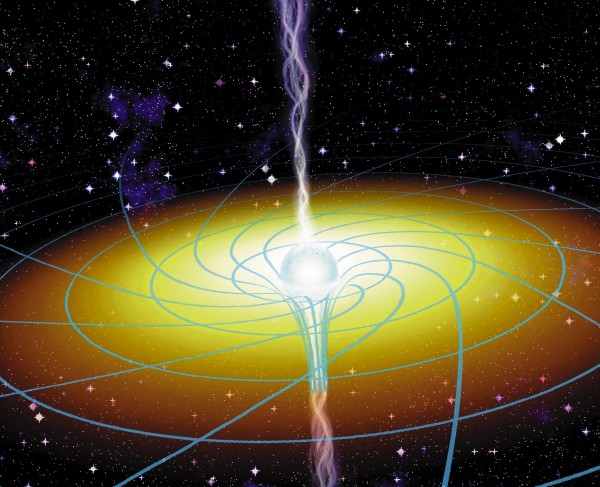 Check out the latest Ask Ethan, where we take on decaying gravitational orbits!

It is interesting that the moon is slowly spiraling away from us,caused by tidal effects I believe.

I would phrase assumption 2 as "No planet exerts a force on the other planets, or the Sun". Kepler accepted this, or rather, didn't think in terms of force at all. But Newton rejected it, and assumed a rule that everything acted on by a force from something else, acts back on that something with the same force.

When you lose the assumption that planets exert no force, the other planets' orbits are no longer simple ellipses. But also, the Sun is no longer stationary in the center: it makes a complex little orbit of its own, counterbalancing the planets around it.

The exoplanet hunters use the Doppler evidence of this orbit to detect fast-orbiting planets close to stars, but I understand work is still going on to measure changes in the proper motion of stars against the background, to find distant slow-orbiting planets.

this is Rick from Germany.

Upon reading it with our kids, my wife and me spontaneously decided to let you know, just how much your blog
'Starts With A Bang' is appreciated.

Very much like your beard btw, but that's not the point.

The point is, that as science educators who work with physically and mentally impaired children, we all find your work inspiring and encouraging.
That elusive idea, science should be more than just an accumulation of facts
- a way of thinking and being strict and passionate about it
you bring it across and I salute you for it.

Keep up your good work, Ethan!

Best wishes from across the great water

Now, once the earth's rotation slows to the point where the length of the day is equal to the moon's orbital period, the tidal bulge will move on the earth at the same speed as the earth rotates. Therefore, there will be no more tidal friction, no more slowing of the earth's rotation, and the moon will stop receding from the earth.

BTW, this really isn't the orbital decay Ethan is talking about here. The receding of the moon is well accounted for within the Newtonian framework.

Great work Ethan! Your blog is awesome. Einstein was truly the greatest physicist of all-time.