“When I was ten all I knew was that I hated the weird words used to describe whatever it was that was wrong with my brother — to this day I think it all happened because he was overtaken by evil spirits that got loose in that haunted house ride at the carnival that summer. It’s easier for me to make sense of it that way than it is for me to face the other way — reality.”  -Tim Cummings

It's one of the oldest and most alluring ideas to all of humanity: the notion that what happens in heavens affects what happens on Earth. 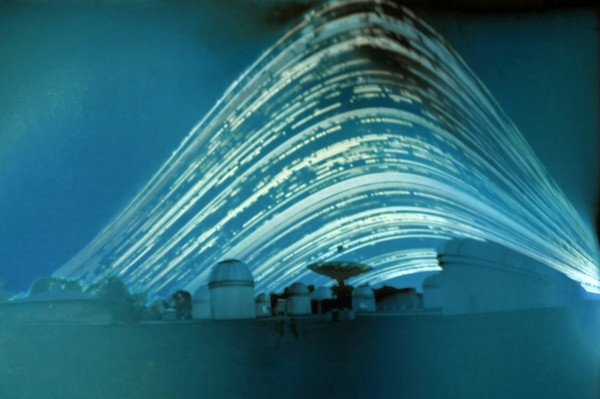 Image credit: Regina Valkenborgh, via NASA’s Astronomy Picture of the Day at http://apod.nasa.gov/apod/ap120121.html.

Yes, the Sun has a tremendous impact on us, causing the seasons and a large amount of the annual variations that Earth experiences. Even the Moon, to a lesser extent, has an impact on Earth, with the tides and the change in nighttime illumination having substantial consequences. But what about the positions of the planets and stars; is it conceivable that they impact what's happening on Earth?

Whether it makes perfect sense or sounds totally unreasonable to you is irrelevant; if we want to know the answer, we can test it! That's the essence of science, and that's what separates valid science from pseudoscience. 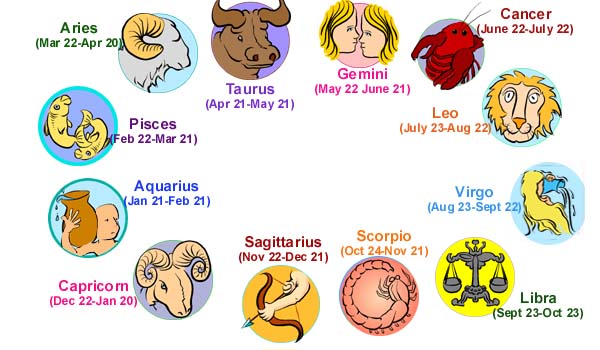 Which one is astrology? Let's find out what the evidence says!

It's a great pity that it wasn't David Tredinnick, MP (a member of the health committee and the science and technology committee) asking the question.
"Astrology-loving MP seeks health answers in the stars":
http://www.bbc.co.uk/news/uk-politics-28464009

To me the classic is the Mars Effect, where people born under certain configurations of Mars showed higher athletic ability. And it held up. Well, if you pick a conspicuous cluster of data that fits a certain criterion, that specific cluster will hold up under every conceivable test. If you prayed and flipped ten heads in a row, no test in the world would prove otherwise. The real test is, does the correlation continue to hold? And no, the Mars Effect did not.

This is a fair approach. Astrology seems to work somewhat. It definitely works as a tool for self development. The common understanding of the daily horoscope is that we all of the same sign are subject to experience the same basic day everyday. Ridiculous! Only that is just one of the less influential aspects taken into consideration by an astrologer. It came into popularity because of it's convenience. Actual astrology takes the entire local configuration into account. It considers the locations of the sun, the moon, and the classical planets at the time of your birth. It also considers the zenith. This ensures that an individual's birth chart is as unique as the individual it represents. Additionally, each sphere of influence governs specific aspects of personality. Even then each sign represents a range of positive to negative(personality pitfalls) aspects regarding the same trait. Your actual position in this range is based upon your own personal development. The method must be applied to actual methodology that is claimed and not to the reviewers limited or biased interpretation of the art. IMO it is largely a system of symbols to represent actual phenomena that are still not understood. The long term ebb and flow of sociological phenomena that operate on varying timescales for instance. There are gravitational and electromagnetic effects and they do have an effect on biology as the author stated. And while the menstrual cycle is not tied tightly to the moon phases it isn't a coincidence that the calculated mean cycle duration is within 24 hours of the moon cycles duration. The value of the female cycle is a mean number based on observation North American female women. It is not an average. What are the effects and are they strong enough to make a real difference? Just kicking the can around. The author did a great job!

Though it's not exactly in your wheelhouse, I'd like to see a thorough treatment of Myers-Briggs personality tests as well. I've been given the test a few times while being screened for a position, and it really bugged me that my prospective employer would rely on pseudoscience to make employment decisions, even if only superficially. At least in the US, in my experience, the personality test seems to enjoy more credulity from otherwise scientifically minded people than astrology.

Astrology seems to work somewhat. It definitely works as a tool for self development.

No, no it doesn't - that is the whole point of the article. There is no more utility in astrology than there is in reading the pattern of bird crap on your car.

I heard many years ago (but have never verified) that the position of the doctor when a woman gives birth has more gravitational effect than that of any planets.
That about did it for me!

@transcendentape, you may find these useful...
Measuring the MBTI...and Coming Up Short, David J. Pittenger
http://www.indiana.edu/~jobtalk/HRMWebsite/hrm/articles/develop/mbti.pdf

Why is meteorology a science? Sometimes weather reporting looks more like divination and entrail reading to me than a science.

Likewise with many studies based on correlations which look at patterns but can't look at cause-effect relationships.

Meteorology is a science because it is based on testable and falsifiable predictions. i.e. how is rain formed, how is snow formed, what happens when hot air meets cold air etc.

The fact that it fails some time is due to us not being able to calculate and model every single miniscule thing. Only with the advent of supercomputers is global weather modeled to a solid degree of precision.

Even astrologers know and openly admit that astrology is not even complete key for a persons dispositions. i.e. take identical twins born in the same place at the same time, they will grow into 2 different persons, both with their own personality traits, likes, dislikes etc. The most astrology could do (if it was based on some testable force) is come close to Jungian archetypes. I said could, because not even astrologers seem to try to explain how exactly the planets affect us. It's not gravity.

What astrology is, and where it's anthropological value is, a body of knowledge accumulated from thousands of years of looking at the people and trying to figure out why we behave the way we do. Before Froyd, before Jung, before psychology, sociology etc etc.

In all honesty, everything astrology does (operationaly) is a scientific method, the way to calculate what planet is where.. requires trigonometry, that body of knowledge what influences what and how, is again scientificaly cataloged etc... the problem is.. it's based on wrong assumptions. Pretty much like i.e. ancient medicine. It was science, the only problem is that they thought the body functioned a certain way that we now know is wrong.

Actual astrology takes the entire local configuration into account. It considers the locations of the sun, the moon, and the classical planets at the time of your birth.

Why only those? On what criteria does astrology think those celestial objects matter more than others? Brightness in the sky? Distance? Mass?

IMO it is largely a system of symbols to represent actual phenomena that are still not understood. The long term ebb and flow of sociological phenomena that operate on varying timescales for instance.

This is something of a non-sequitur. The issue is the size of observable effect - or, really, the lack thereof. You cannot explain this lack of size by saying it's a complex phenomena because complexity of contributing factors does not make an effect large or small.

I heard many years ago (but have never verified) that the position of the doctor when a woman gives birth has more gravitational effect than that of any planets.

Of course, one of the 13 original constellations in the ecliptic was conveniently thrown out to match the 12 months of the year. Not to mention the constellations have essentially shifted about a month due to the effect of precession, so no one's sign is actually correct any more.

In the late 70's, a psychologist did an interesting experiment. Posing as an astrologer, he offered free readings if respondents could give highly detailed birth information. Hundreds of people replied.

He sent all of them the exact same 2-page "reading" and asked each person to provide some feedback. As I recall, close to 90 percent of the respondents said his reading described them perfectly.