“People are trapped in history and history is trapped in them.” -James A. Baldwin

We've come a long way since we first started watching the night skies. Even just a century ago, we thought our Universe was governed by Newtonian gravity and consisted only of our Milky Way and the stars inside. 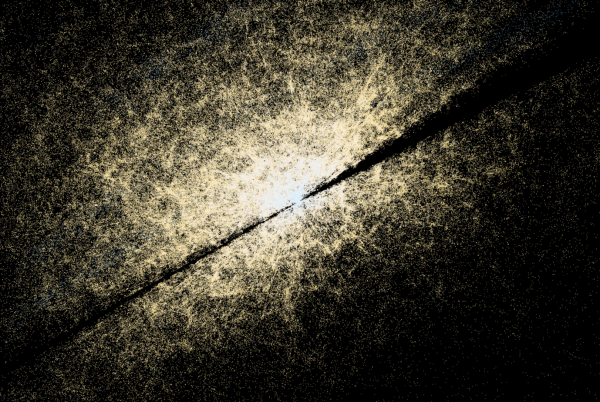 In the past 100 years, we've come to understand that our Universe is a vast, expanding-and-cooling space that formed planets, stars, galaxies and clusters from a past that was so hot and dense we didn't even have atoms, nuclei, or stable protons! There are a myriad of questions that have puzzled philosophers and scientists alike for millennia: 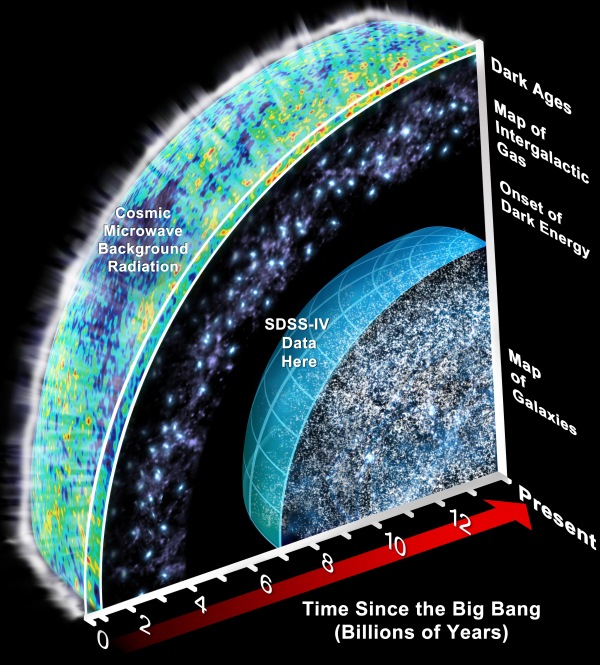 We now have the answers to all of these. Come find out what the state of the Universe is as of 2015!

The History of Pretty Much Everything

"Listen; there's a hell of a good universe next door: let's go." -e. e. cummings Sometimes, you just need to take stock of what we know, and appreciate how far we've come. A hundred years ago, we thought the Universe consisted of the stars and nebulae in our Milky Way. We thought Newton's Law of…

Why I am a liar straight from the pit of hell

From Nothing to You in 10 Sentences

“It surprises me how disinterested we are today about things like physics, space, the universe and philosophy of our existence, our purpose, our final destination. It’s a crazy world out there. Be curious.” -Stephen Hawking One of the most existential questions humanity has ever asked is the…

The Big Bang for Beginners

When you say that the visible horizon is 40 bn l/y away does that really mean that the most distant galaxies are 40 bn l/y away as of now but the light from them that we get could travel no more than 13 bn years (the age of the Universe)? That means they drifted away with the speed exceeding the speed of light (40 - 13 > 13)? How is that possible?

Hi Ethan:
You say:
" We’re restricted to the part we can see, but what we can determine is that if the Universe is curved, the amount of curvature is no more than 0.25%. (New constraint from Planck 2015!)"

1. Would you have a reference for this, please ?

@Alex #1: To your first question, the answer is Yes. The visible horizon corresponds to light which departed from its source 13-ish billion years ago. During those 13 billion years, however, the Universe has been expanding, stretching out the distance between any two points. So if you ask how far away those sources are _today_ (i.e., if you could magically measure that distance instantaneously), the answer is 42 billion light years.

How can this be? It's because the "nothing can move faster than light speed" rule that you've learned applies to objects moving locally, and in particular it applies to things which are causally connected (i.e., which are supposed to be able to affect one another). There's nothing which prevents two unconnected objects from appearing to move apart faster than light, from the perspective of an outside observer.

Suppose, for example, we could get a decent, relatively close side view of the two jets coming off an active black hole. And suppose each of those jets emitted a nice blob of material at around 0.8 c, in opposite directions. From our view off to the side, we would *correctly* compute that the separation speed of the two blobs was 1.6 c. But the two blobs aren't connected to one another and (at those speeds) can't influence one another, so there's no relativistic contradiction.

@3 - is that right? If the blobs are a few hundred or thousand (or million) km apart, they're still going to be causally connected. In that case each blob will see the other blob moving away at a fraction of light speed, not 1.6c. In order for the jet's blobs to be causally unconnected, they have to be sufficiently far away from each other that the metric expansion between them exceeds c.

Also to Alex's question about their light only traveling 13b ly. AIUI that's not really what's happened. If the star was within 13b ly of us during its formation, the light is going to be seen by us no matter how far away its moved. The 'extra' distance will make its presence known through red-shifting due to the expansion. A 40b ly object in our 13b year old universe will look redder than it otherwise would. To understand why, Alex, draw the standard "wiggly arrow" representation of a photon on a balloon. Now stretch the ballon in the direction of the arrow. See how the wavelength increases? AIUI, that exact same phenomena is what's going on in the real universe.

We no as much about the universe in 2015 as the ancient Greeks did - though Pythagoras and Plato knew more, or were more upfront about the principles behind the 'Universe'. All the large hadron collider research will just confirm their theories. There is something unseeable, unknowable, but calcuable - As for the big bang, it is merely the outbreath and inbreath of Brahma - measured in trillions of years. The Big Bang theory is the outbreath, one of many. There is no science to it, it is unknowable

alun! i'm glad there are some who can reason outside the box.
future scientists will look back on our era as we do on the flat earth theory.

@johnny #8: What you want has no bearing on reality. If you really want to come up with a valid alternative cosmology, I would highly encourage you to get a degree in astrophysics. That way you'll have learned enough about what we do know, about both the observational data and the mathematics which underly our theories, to be able to construct a valid model of your own.

"Why does everyone agree to this?"

For the same reason that everyone agrees that hitting yourself in the face with a mallet is a bad idea.

"alun! i’m glad there are some who can reason outside the box."

Out of his box is right.

Future humans will look back at this and think "What the hell were people thinking back in those days? Religion. Good thing we've chucked that old thing out".

Is it true there are more than one universe. God Bless / Amituofo.

Was reading about the Albecuri drive and it sparked some questions.

How does the ship "surf space-time"? Classical mechanics identifies action with force. So what is this force? Is it similar to the force which hauls the the galaxies through space in the wake of the accelerating expansion. The larger question is, "Gravity ties us to other mass in the universe, but how are we anchored to a particular point in space time?"