When we talk about dimensions, we're used to thinking of three: something like length, width and depth, or x, y and z. But there's a fourth dimension as well that's of paramount importance for our Universe, otherwise everything would simply be static: time. 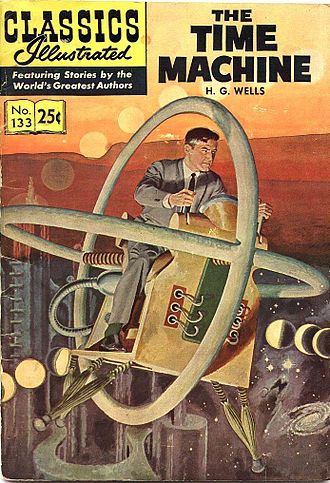 Our motion through time as well as space is what allows things to be different from one moment to the next. Although relativity (and Einstein) are what we commonly associate with these ideas, they predate him in both fiction (above) and science (below), such as this pseudonymous submission to Nature from 1885:

We must … conceive that there is a new three-dimensional space for each successive instant of time; and, by picturing to ourselves the aggregate formed by the successive positions in time-space of a given solid during a given time, we shall get the idea of a four-dimensional solid, which we may call a sur-solid… Let any man picture to himself the aggregate of his own bodily forms from birth to the present time, and he will have a clear idea of a sur-solid in time-space.

So what is it that happened when the author of the Time Machine, H.G. Wells, and Einstein himself actually met? 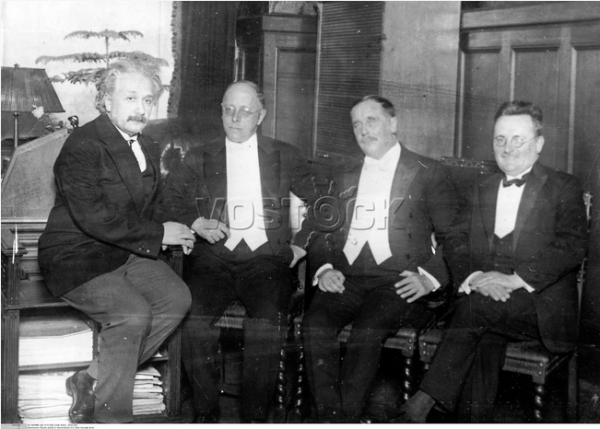 Paul Halpern has the background and the fascinating story over at Medium.

Ask Ethan #6: The Center of the Universe

"If you look for truth, you may find comfort in the end; if you look for comfort you will not get either comfort or truth only soft soap and wishful thinking to begin, and in the end, despair." -C. S. Lewis And yet, when you search for the truth, you often find answers that butt up against your…

Ask Ethan: Could Our Universe Be A Hologram? (Synopsis)

"It is in the theory of perception that we have established our bond, or the lie I should say, for which we kill. We are nothing without our image. Without our projection. Without the spiritual hologram of who we perceive ourselves to be or rather to become, in the future. When you are lonely, I…

How would the Universe change if we grew an extra dimension? (Synopsis)

“There is a fifth dimension, beyond that which is known to man. It is a dimension as vast as space and as timeless as infinity. It is the middle ground between light and shadow, between science and superstition.” -Rod Serling If we take a look at a two-dimensional surface, it’s pretty apparent that…

Hopefully Einstein was wrong (about freewill)

David, why would it matter? To you it feels like freewill.

So Einstein was a Calvinist..
Nice article, Thanks Ethan

H.G.Wells also wrote “the Plattner Story”, about a man who had been kicked into the 4th dimension and returned with his heart beating on the right-hand side.

He was not to know, however, about the difficulty of living in a world full of (for him) the wrong enantiomers of carbohydrates and amino acids.

Thanks for all the comments. Thanks, Robert, for the mention of the Plattner Story. Interestingly, it describes a spatial, rather than temporal, fourth dimension. Physicists today generally label time the fourth dimension, and count hypothetical extra spatial dimensions as the fifth, sixth, and so forth.