“From an incandescent mass we have originated, and into a frozen mass we shall turn. Merciless is the law of nature, and rapidly and irresistibly we are drawn to our doom.” -Nikola Tesla

Stability: it's the hallmark of the Solar System. The motions of all the planetary bodies are regular and periodic. The paths of the various objects never cross, and everything that has continued for billions of years should continue, undisturbed, for billions more. 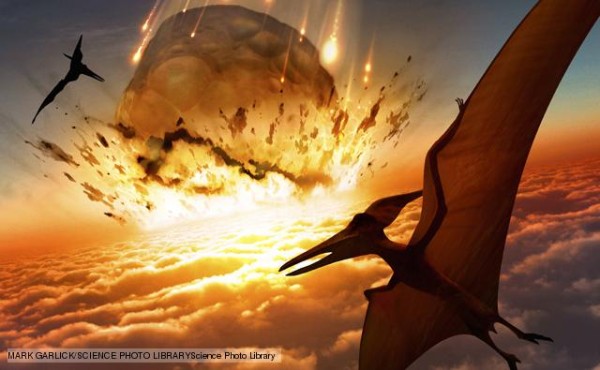 Unless, of course, something came along to mess that up! In our Solar System, the comets and asteroids do occasionally pose a danger, but it's generally considered that these events are rare. It'd be a pity if something were to happen to make these collisions a lot more common. 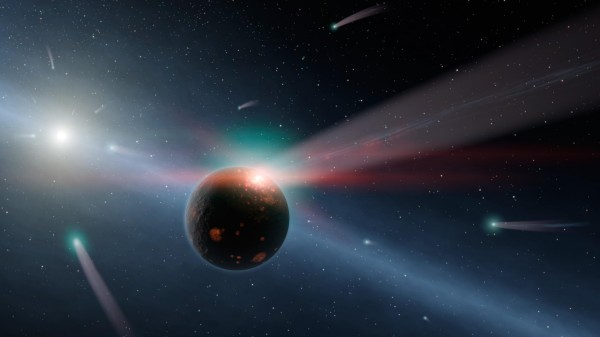 Although it's not happening anytime soon, that's exactly what's in store for us! Come learn about our impending doom, and why we might want to start thinking long-term sooner rather than later.

The "Our sun's neighborhood" pic can't be 4 light years wide. It includes Delta Pavonis which is almost 20 ly distant. Could it have a 40 ly diameter?

There are no other stars within 4 ly from us. The pic would be empty at that scale.

Ethan,
Does any of your discussion consider the effect of the planets, kuiper belts, or oort clouds around the "incoming" star? Seems to me that the cross-section could be extended even further than you say, considering that a star in our oort cloud puts its oort cloud in our star, and we will begin to experience it's oort cloud objects in our inner system when it's still further away than that. If we consider Jupiter to be the 'border' between inner and outer system, maybe the proper cross section is (distance to our oort cloud) + (distance to jupiter), because that would be radius at which the interloper's oort cloud starts being "in" our inner system.

If we start working on space defense now, dealing with the relatively small objects that can be nudged into safe trajectories at a distance, we will gain capabilities that can be used against larger objects that may pose a threat tens of thousands of years from now.

I'm surprised you said you weren't in favor of "plunking down large amounts of money" for asteroid defense in the short term, but that you agree with preparing for an eventual comet storm. The one clearly leads to the other. Space defense is a mission that can be successfully promoted even in the present era of short-sighted politics and anti-science attitudes. It's within the range of present and foreseeable technologies, and best of all, it's symbiotic with various pure science goals, and missions such as the placement of new space telescopes.

Consider the use of a space telescope array for spotting potentially hazardous objects beyond our solar system. It seems to my layperson's mind, that the same array could also be used to find Earth-sized planets in other star systems.

All we need are light spectrum data indicative of biological activity, or better yet artificial light, on another planet, and two things become highly probable: One, the public enthusiasm for astronomy, astrophysics, and space exploration, will increase to a level that might far exceed even the times of the Moon missions. Two, there should be a corresponding decline in extremist religious ideologies that depend absolutely on there not being other intelligent species in the universe.

What do you think of this: "Possible existence of wormholes in the central regions of halos," Rahaman et.al., Annals of Physics, 2014 November. Authors suggest there may be stable and navigable wormholes at the centers of galaxies, related to dark matter and dark energy.

I'm tending toward more skepticism than usual, if for no other reason than to offset the wild hopes that any such possibility might engender. Navigable wormholes at the centers of galaxies might imply the possibility of intergalactic travel, something I've considered vanishingly improbable compared to interstellar migration (though, if we wait for the merger with Andromeda, we could still get answers to the question of whether biology in other galaxies works at all similarly to biology in our own galaxy).

@JollyJoker: I think that one's mislabelled, and what it really means is that each ring is another 4 ly radius. Then, the radius of the cylinder is 16 ly, and assuming the cylinder is also 16 ly north & sourth from the sun, 32 ly high total, the edges would be about 22.63 ly away, far enough to squeeze in δ Pavonis at 19.92 ly.

Let's see, declination is about -66° 11'... that puts it 8.04 ly in radial distance, an easy fit in that cylinder, but −18.22 ly in height. So maybe the cylinder's higher than it is wide? Or it's actually showing everything within a cube, rather than a cylinder?

Regardless, it certainly seems to be inconsistent with the labels of the other pictures on the page, where the width figures do seem to correspond to the size of the whole picture, not the rings (where present). Then again, she also mixes in American billions & British trillions, by the looks of things.

Are there any stars in the neighbourhood which are suspected to have caused a previous comet storm in our solar system? Or do we have anything left in geology that implies one? One of the books I enjoyed as a teenager was Richard Mullers "Nemesis" hypothesis on periodic extinctions, which now seems to be ruled out.

Dear Dr. Ethan,
As being said, don't we have to worry more about the moon revolving away from us beginning in one hundred thousand years?

"The paths of the various objects never cross, and everything that has continued for billions of years should continue, undisturbed, for billions more."

Technically speaking, I don't think "should" is correct here. It is *probable* that is will continue for billions more, but there is a small probability that it will significantly change, even without interaction from smaller bodies.

Because the planets are largely in their own orbits and their interaction is small, the Lyapunov exponent for the solar system is small, so predictions of orbits are accurate to around 100 million years or so. After this point, tiny differences in the orbits of the planets - even if there were no asteroids or comets at all - grow to make the predictions inaccurate.

The biggest risk to the stability of the solar system (estimated at 1-2%) would be if Jupiter pulled Mercury into a sufficiently elongated orbit that it interacts with venus or earth. This could result in an interplanetary collision, or one of the planets being thrown into the sun or even out of the solar system completely.