“But I see it differently now. There has to be a middle. Without it, nothing can truly be whole. Because it is not just the space between, but also what holds everything together.” -Sarah Dessen

Sure, the Hubble Space Telescope gives us unparalleled views of our Universe. We can even use it -- with its near-infrared camera, NICMOS -- to view the very center of our galaxy, something completely blocked by dust in visible light. 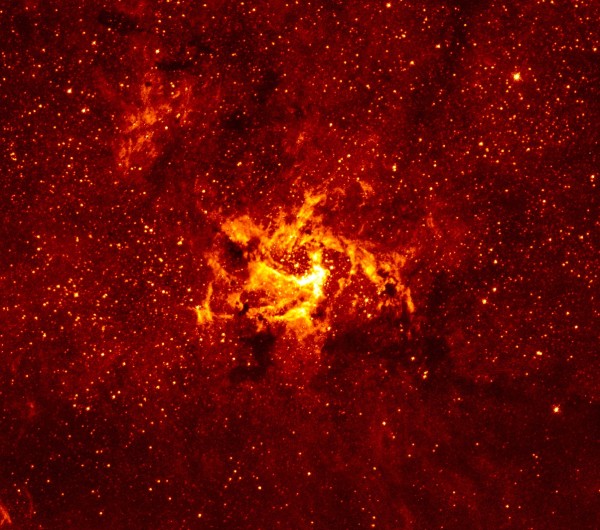 But part of the incredible power of Hubble relies not on anything to do with the spacecraft or the instruments itself, but rather on the fact that Hubble is only one part of NASA's great observatories program. Combined with Spitzer (mid-and-far IR) and Chandra (X-ray) data, the astrophysics of this truly remarkable region is revealed in unprecedented detail. 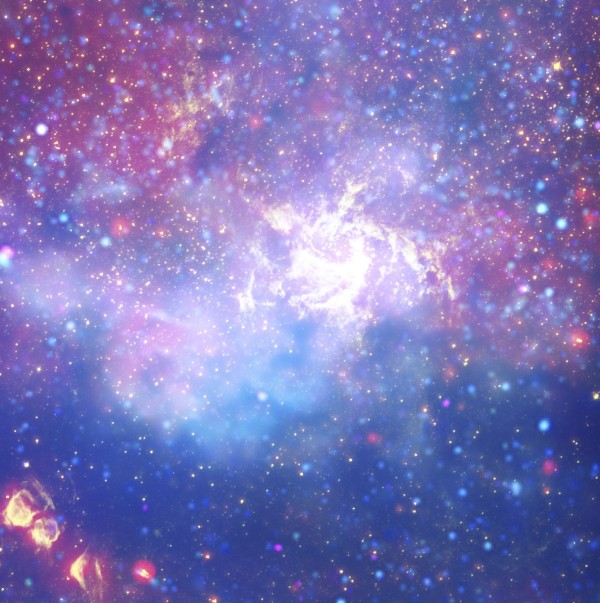 Go see not just the snippets of the very center, but the entire region surrounding it on our final Hubble-focused April special of Mostly Mute Monday.

Mostly Mute Monday: Out Of The Darkness (Synopsis)

“Deep into that darkness peering, long I stood there, wondering, fearing, doubting, dreaming dreams no mortal ever dared to dream before.” -Edgar Allan Poe Thanks to the Hubble Space Telescope, we've learned for a certainty that the black abyss of empty space isn't really so empty. Far beyond what…

"Modern man must descend the spiral of his own absurdity to the lowest point; only then can he look beyond it." -Vaclav Havel But the spiral is more than a metaphor or a mathematical shape, it's also the most common feature observed in the galaxies out there in the Universe. There are 27 spiral…

Mostly Mute Monday: The Edge Of A Bubble Wall In Space (Synopsis)

“People get cranky when you burst their bubble. Over time, advances in astronomy have relentlessly reinforced the utter insignificance of Earth on a celestial scale.” -Nathan Myhrvold When new stars form from a collapsing molecular cloud, the hottest, bluest, brightest stars emit high-energy …

WOW !! just WOW !! those images are truly breathtaking !! I have been following your blog and must say it is very informative... thoroughly enjoy reading your articles. I have couple of questions on this post.. why are the X-Ray images in such pretty colors? Have they been processed and the color added in? Do the color represent the temperatures of the stars? On a side note I keep hearing that we know more about the stars than we do about the bottom of the sea so was wondering can we use these instruments to also look in to the seas or does water absorbs these wavelengths?

It is mindboggling in the extreme but we must remember these are not true visual pictures. We could never , however close see things that way. They are constructed visual effects almost artistic like the late paintings of Turner.
We need vision for our imaginations and I think of all those wonderful drawings of atoms and complex compounds I was shown long ago at college. The truth has got beyond our senses, we have handed it over to computers.

I agree with magnocart. Ethane, I really and truly admire you in introducing the universe to the general public and propose you to kindly post, at least, a few samples of what we actually would see if we were there along with the same artistic images normally published.