“Aristotle taught that stars are made of a different matter than the four earthly elements — a quintessence — that also happens to be what the human psyche is made of. Which is why man’s spirit corresponds to the stars. Perhaps that’s not a very scientific view, but I do like the idea that there’s a little starlight in each of us.” -Lisa Kleypas

We like to think of the stars as fixed, as their position doesn't perceptibly change from night-to-night or even year-to-year. Not only that, but their brightness and color doesn't appear to change, either. But is that actually true, or is that only because we don't have the capabilities -- as humans -- to view these stars on the sufficiently long timescales that they do evolve on? 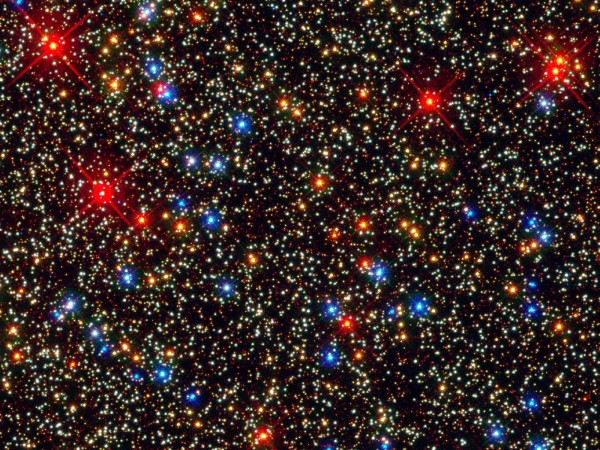 It's very much the latter, as stars evolve in both color and brightness over time, with their life cycle absolutely predestined from the moment of the star's birth. 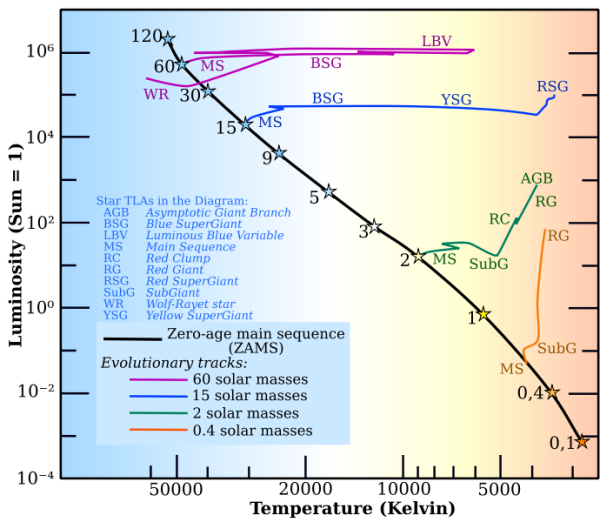 Come learn about the evolution of starlight on today's Throwback Thursday!

What do think about the light the universe appears to be missing?

Well what do you think of it, SN?

Do you think it valid? Invalid, interesting or entirely expected? What do you think of the money and effort spent on getting the result?

Wow, you should know that sn never reads those articles, he bases his opinions on the titles.

Nah, he doesn't HAVE an opinion. Ever. As long as he holds none, he can't be found wrong.

And JAQing off doesn't require knowing anything, which is a great saving of effort for the likes of see nowt.

But I figured I'd give it a chance to pleasantly surprise me and actually have an opinion for once.

you should know that sn never reads those articles, he bases his opinions on the titles

Or something. I tend to doubt he was just browsing year-old astro news.

^ The second link was broken, sorry.

Narad, you still have refused to clear up your gish gallop of ridiculous. Pretending it never happened is not going to work.

In case you think it some sort of trap, here is WHY you need to respond to my query.

If you cannot explain how that one claim is either supported or relevant, then you should admit this and drop the claim.

If you drop that claim, are there any others that are unsupported or irrelevant to any disagreement with the claims of GMO inadvisability?

If there are, which claims remain?

If none, then say so.

If some, then say which ones.

If some that you do not wish to argue (maybe because they are merely differences of opinion and both supported by valid data but in your opinion my conclusion is not a valid balance-of-evidence conclusion), then say so.

If you do none of this but abandon the argument and pretend it never happened and, probably, that you won resoundingly against an opponent who could not string a single thought together to the end, then you are no different from the ridiculous See Nowt.

Because the difference between rational discourse (such as scientific arguments) and religious ones: if you see evidence for a different god, or none at all, then you're not merely wrong, you're evil to a religious view. To a rational person or in a science discussion, you may be wrong, which is only an error, not immoral, or merely have come to a different conclusion, which you yourself do not ascribe to.

Gish galloping off on a dozen unrelated points that are merely constructed to build a great wall to hide behind and pretend your position unassailable is exactly the modus operandi of religious discourse by the likes of see nowt, raggie and the WtfUWT deniers.

"If you cannot explain what that claim was supported by, the claims are invalid rhetoric."
Not necessarily, a broken clock is right twice a day. I don't need to explain how it broke, why it broke or even if it's broke to know that twice a day that I observe it, it's correct.

" the modus operandi of religious discourse by the likes of see nowt, raggie and the WtfUWT deniers."

Nope, you have preconceived view points that you think are what others think and in such established for yourself an auto deflect mechanism of "It's their fault".

But I never claimed it was necessary.

If you're claiming not, then prove it is in this case. Going "It doesn't ALWAYS HAVE to" doesn't show it isn't required.

Or did you not think that far ahead?

"But I never claimed it was necessary"
Yes you did
"If you cannot explain what that claim was supported by, the claims are invalid rhetoric.”
Or was that a Ghost who typed that under your name?

Nope, I explained why it would be required here. Not that it was always necessary.

Do you have any counter argument? Or are you just going to claim "Oh, you can here" with invalid rhetoric?

"Do you have any counter argument?"
None needed as your own words proved the point against your query.
I pointed out the fallacies in your statement, you obfuscate as though you meant something else only to weasel out.
Nice try but no cigar.

"“Do you have any counter argument?”
None needed "

Then it is merely empty rhetoric. You claim it merely because you wish to claim it. No reason except your unceasing hatred of those who aren't agreeing with you.

Man, I forget to turn the switch back on, and there's weapons-grade irony ready to hand:

You claim it merely because you wish to claim it. No reason except your unceasing hatred of those who aren’t agreeing with you.

It appears that your reading comprehension is even more abysmal than I thought. Go back to "Comments of the Week #71" and review comment 28. The highlighted word is a "link." Do you need more help? Try this.

Yes, I could explain what the 'u' is doing there (or not) in "colour," etc., but your nearly zero-S/N babbling over there was more than adequate to cause me to ask myself, "Self, is there any particular reason to waste more time on a plain yobbo?"

You and R.M. can play with each other.

Well, that proved it. Empty load of bollocks from you, Nads. Just the inane flailing of the sub-cognitive moron who hides their shallow thought behind a shower of bullshit.

Fair enough, retard. Your arguments are vacant of all thought and support.

For all your talk of killfiles, you suck at using them.

And you still suck at supporting any of your claims. I guess you don't feel you need to because you're really quite worried that your "reasoning" won't stand up to scrutiny. Like the rest of them.

Well Wowzie, now you've been called a yobbo.
You may hold the record here at SWAB for being called "every name in the book".
Now, I am generally not one find fault in others mind you but there does seem to be a common denominator here in the comments sandbox with your interaction with others where names get tossed about and the ball game abruptly ends with folks taking their ball and bats and going home.

Tis a pity, Wow; does your facebook book home page still say "You have no friends"?