If we trace the evolution of our Universe back in time, we can arrive at a time before there were organic molecules, rocky planets, heavy elements, galaxies, stars, or even neutral atoms. The farther back we go, the hotter the Universe gets, the higher in density and temperature, and more uniform. But at some point, this hot, dense, expanding state ceases to describe our Universe. 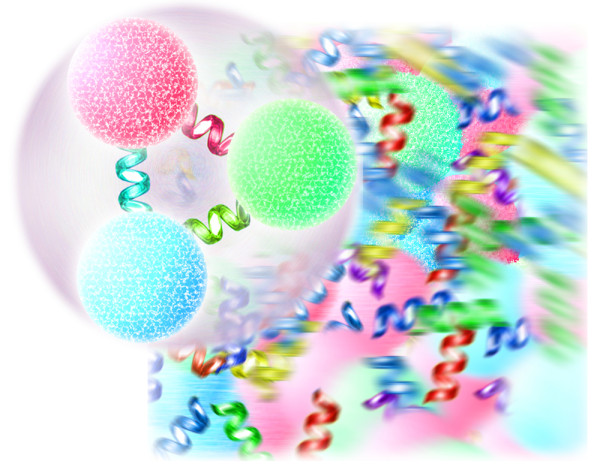 Because preceding it was a period of cosmic inflation: a period of indeterminate duration. It must have lasted at least some 10^-35 seconds, but it could have lasted much, much longer, including the possibility that it was around for an infinite amount of time. But we may never know, because the nature of inflation wipes that information out from our Universe altogether.

Go read the whole story, and find out why there's a fundamental limit to knowledge.

Hi Ethan, hope you're well, like yer blog,
There's something I'm unhappy about to do with Inflation. It's most likely about a misconception I have.....but that's fine, I'm just curious.
So it's not root Inflationary Theory, but the adoption by Guth of the apparent acceleration of the expansion of the universe, as another instance of his inflation.
My problem is that, saying two things that share a generic like 'inflation' are aspects of the same underlying thing, is not trivial. It's a generalization, and it needs a theory in its own right. Guth just seems to make it his own without a solid case.
I don't think you can do that. It amounts to saying that if the centrepiece of a theory is a generic like 'inflation' that any other events involving that same generic can be claimed. I feel that obvious rubbish. I mean, if I blow up a party balloon is that corroboration as well? :o)

When computers get powerful enough to keep track of every location in a Planck scale matrix 46 billion light years across we can model it. Tweak the curves. Run inflation as scalar, spinor, vector, and tensor fields. Keep running the simulations until the result after 13.7 billion years of simulation time comes up with a product that looks identical to our universe.

Of course that simulated universe is eventually going to produce simulated intelligent life who will ask the same question. They'll set about building a computer powerful enough to keep track of a Planck scale matrix 46 billion lighter years across.

Maybe what comes before Cosmic Inflation is someone asking the question and setting about figuring it out.

Douglas Adams wrote about that. (A "thought experiment?")
The answer is 42.

That computability though would be a computer something like the size of the known universe and use up as much or more power than it provides.

Accurate solutions of the universe without simplifications require another universe to do it. But if you already have one, you can run the calculations without any programming. Though only at real time. And no do-over.

"My problem is that, saying two things that share a generic like ‘inflation’ are aspects of the same underlying thing, is not trivial."

The problem is your desire to misunderstand science.

And frankly I'm well sick of your shite. And many others are accelerating toward the same state.

It is all just math so there will undoubtedly be opportunities for compression algorithms. For much of the structure you might even be able to get away with using a simple formula of approximation that just keeps track of how the major components of the simulation relate.

No, that is unlikely to help. Compression removes data and removing data changes the result.

Approximations won't fit if you're working at planck scales: they will introduce errors larger than using a much larger scale would, and reducing the scale reduces the computation by the FOURTH POWER of the scale.

Remember that: a climate simulation that increases lat and long scale, but not vertical twofold, produces computation values for 4x as much data. But the time step you need is twice as much (otherwise you will have to have a simulation that includes migrations across more than one cell). So that's 8x.

There are lossless compression algorithms. With almost every possible location in the universe being empty, the data should compress down nicely. ...And the answer better not be 42.

And they won't help here.

My 4.5-year-old asked me 'where does the universe come from. It's harder to sell something to a child, so I coached it in terms she might understand. We were in the car, it was winter and I sighed heavily. The windscreen fogged.
'Cool!' she said.
She understood it before I did.
A few days later, I could rationalize the Big Bang as a conflation of energy against a cold background.

Although it doesn't explain the answer to question. At that age, there's no need nor point, though. Analogies that show something amazing (to the four year old) are great not because they actually answer, but they make the child wonder, be amazed and interested in the world around them.

Alternative analogies: point at a flower that is closed and another that is open and ask "Where did the flower petals come from?" on the open flower. "They folded out from the closed flower: they weren't created where they are now".

As with the breath analogy, it doesn't hold up to anyone who knows enough to ask questions the analogy was never going to analogise. If your child is precocious enough to ask them before knowing how it won't work, I'd advise telling them what analogies are and what they do (and do not).

I think that our universe began and continually expands into another dimension space which surounds not only our universe but maybe a multitude of other universe's.
Also I suggest this surrounding firment is therefore quite different space to our own and so by virtue of its nature undetectable and behaving like Dark matter alluding equipment designed to detect space\ matter in our own universe.