“The great oak of Astronomy has been felled, and we are lost without its shadow.” –Subrahmanyan Chandrasekhar, on the passing of Jan Oort

In our Solar System, we have the inner, rocky worlds, an asteroid belt, the gas giants and then the Kuiper belt. Out beyond that, in theory, we have the Oort cloud, where a few of the longest-period comets come from. 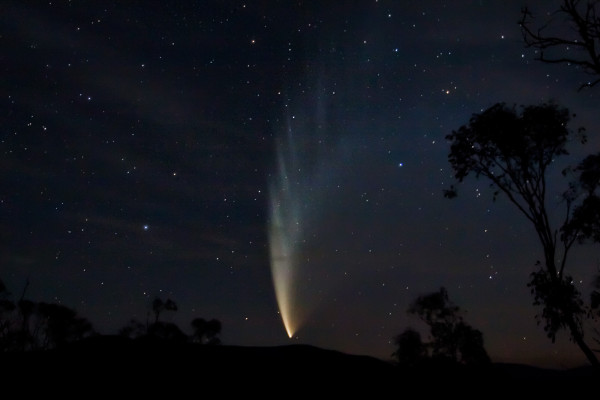 Due to its tremendous distance -- the Kuiper belt ends at just 50 A.U. -- we weren't able to find Oort cloud objects in situ for all of the 20th century. But that changed with the discovery of Sedna, and now we've got a handful of others, indicating to us at last that the Oort cloud is real! 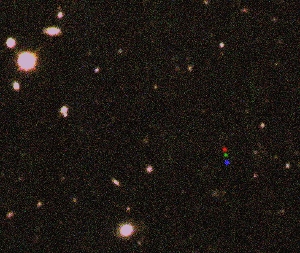 Come find out which object is the farthest now, and what will be the farthest in the future, for today's Throwback Thursday!

Going off on a tangent, Jupiter has thrown out a lot of ordinary rocky asteroids into the Oort cloud,
While fewer than the "proper" comets -4%- their total mass may be as much as one third of Earth's mass -far more than the current mass of the Main Belt!,
(Eight billion asteroids in the Oort clouf; Monthly Notices of the Royal Astronomical Society)

No, Jupiter will have thrown them either in (to become one of the myriad short period comets) or entirely out of the system, not to the Ooort cloud.

@Wow #2: Google is your friend :-) Type "Eight billion asteroids in the Oort cloud" (spelling corrected) into scholar.google.com. You get one hit in MRAS, just as Birger cited: http://mnras.oxfordjournals.org/content/446/2/2059.short.

From the abstract, "The Oort cloud is usually thought of as a collection of icy comets inhabiting the outer reaches of the Solar system, but this picture is incomplete. We use simulations of the formation of the Oort cloud to show that ∼4 per cent of the small bodies in the Oort cloud should have formed within 2.5 au of the Sun, and hence be ice-free rock-iron bodies."

Aye, and what about the claim "Jupuiter put lots in there"?

Reading comprehension is your friend :P

@Wow #4: Actually, the Nice model involves migrations of Jupiter and the other large planets, and _does_ predict that objects would be thrown both inward and outward (populating, for example, both the Kuiper belt and the larger scattered disk). I don't see why you would assume a limit there.

I hate that MRAS is behind a paywall. If you've got access to the full article, please enlighten us as to whether it does or does not say what Birger claimed it said.

Yeah, but the options leading OUT really don't get you into the Oort cloud, it gets you going through it on the way out entirely. Not really in the Oort cloud. Law of averages say SOME will. But it's mostly;

Not to mention there's not (IMO) a good reason to ask that the iron fragments have to come from so far inside.

Not to mention there's not a lot of good reason to suppose Jupiter migrated in either.

My source was a summary at Phys.org, but they often oversimplify things. I do not have access MRAS myself.