Live-Blog Event: The Astonishing Simplicity Of Everything (Synopsis)

“My main interest is the problem of the singularity. If we can’t understand what happened at the singularity we came out of, then we don’t seem to have any understanding of the laws of particle physics.” -Neil Turok

The birth of space and time is perhaps the most fundamental question in all of physics, and may be the ultimate key to understanding where "all of this" comes from, including matter, radiation, the laws of nature, the forces, and all of reality. Of course, it might not even have the answer we expect, as space and time themselves may turn out to be eternal, or dynamical, changing quantities. 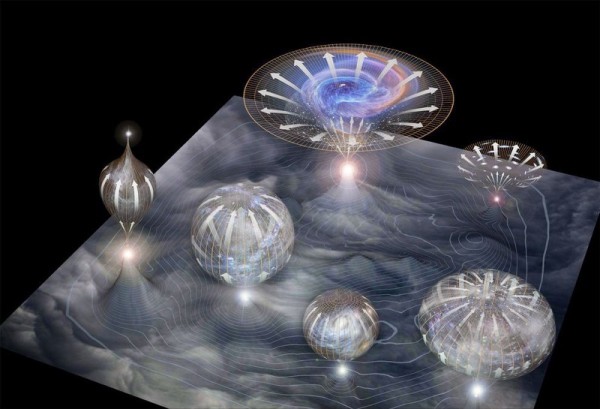 One of the more interesting theoretical characters on the scene is the director of Perimeter Institute, Neil Turok. While Neil did some tremendously interesting research for cosmology in the 1980s and 1990s, he's recently taken on a far more speculative turn, making grand predictions, pronouncements and statements, yet with little evidence to back them up. He's also giving the inaugural Perimeter Institute public lecture for the 2015-2016 academic year, and I have to keep him honest! 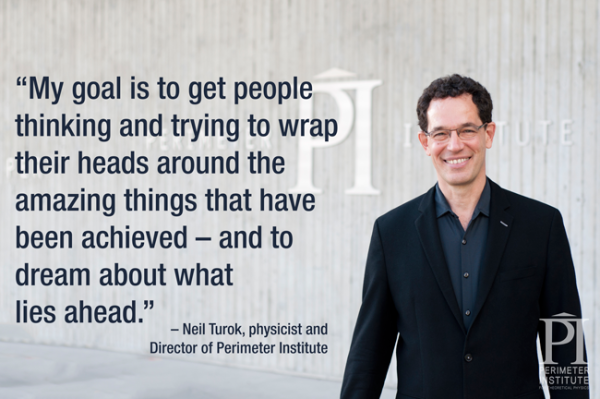 I have no idea what he'll say, but you won't want to miss my live-blog (complete with commentary) at 7 PM EDT / 4 PM PDT (or anytime afterwards, if you don't care about seeing it live) on October 7th over on Medium!

"making grand predictions, pronouncements and statements, yet with little evidence to back them up"
Oh Goody, Can I join In?

Even a physics amateur like myself can glean enough out of the experience to be amazingly infectiously enthralled . Thanks for letting me sit in , I enjoyed it a great deal .

It was an entertaining commentary, and you clearly were trying hard to constrain yourself to fairness bounds.

Which is hard because you are in a different camp, and science at this level is badly split in this day, in a way that is not healthy.

I think it would have been even better if you had tried to express his position at its strongest point at a high level. Which would have facilitated an expression of your own camp in similar terms.

His camp are not trying to over simplify necessarily, but form the view relative to your camp, that current directions of the past 30 years have not delivered predictions in the traditional sense. Inflation is configurable, and so is string theory. And that's a problem from the perspective of traditional science.

Your camp has another point of view about this, which isn't unreasonable at its strongest. But it's really really important to get back to putting to the strongest form, in terms of camps not one's own. If anyone does care about the future of science that's a no-brainer direction to be going. Whatever else you believe.

With that said, I'm actually watching his presentation at the moment. I just find it so difficult to accept that the way he is presenting some of the material has legitimacy. Saying the universe is the simplest thing we know because one ratio is sufficient to model the harmonic progression relating to the CMB through scales, is immensely misleading because a huge amount of contextualization is necessary to get to that

It's really unprofessional - unscientific - really betrays the spirit of science. But you are all doing it to each other between camps. The consequences are terrible...you are driven to simplify in the wrong direction, and wrong way. By spreading what the preference is of your camp, ever more thickly, with ever more certainty (the couple of sentences about fallibility, once passionate and the beginning and end of all things; now cynical, tactically necessary to head off the opportunist critics from other camps. Lip service)

None of you seem to understand that your brain changes by such profound different world-sense. The physical brain cannot store something like that in the same structure. It might look similar in terms of words...but the brain stores symbolically and no concept of truth seeking remains. Now there's 3 or 4 alternative truths, depending who wants to know. It's tragic really. Oh well.

"The physical brain cannot store something like that in the same structure."

Yes it can. And does. It manages even more stuff too.

"but the brain stores symbolically"

Really? Not by associative connectivity, then? Or do you have one of those positronic brains I heard about on ST:TNG?

"Now there’s 3 or 4 alternative truths, depending who wants to know. "

It would be better if you threw up your tedious attention seeking derision having first got yourself a clue what is being said.
You don't add anything. There's nothing to be learned from you. You are like the drunken bore that invades everyone's personal space to break unwanted slurring worldly wisdom in their earhole.
Please don't bother me unless you are going to think, be authentic in trying to see what I am saying and actually have something positive to add.
I'm sorry but you obviously a washed up failure in whatever you wanted once to be, just boiling with bitter and twisted non-specific anger and contempt for the world. It isn't interesting it's tedious, there's 3 of you in every bar.

By when I reached the end of Neil Turok's lecture all was forgiven. He's an amazing guy with a whole cabinet full of medals, prizes, other honours. He's set up successful post grad centres in 4 African countries. He's discovered a new symmetry in Maxwell's equations and - if I got this right (haven't had time to look into it) - he with a collaborator have shown from the standard model and Maxwell, that the scale free character of light brings about a threshold at very high density / small size universe in which two adjacent light waves have enough energy between them to collapse into a black hole. This is feasibly testable shit man. Rock & Roll.

"It would be better if you threw up your tedious attention seeking derision having first got yourself a clue what is being said."

It would be better if you accurately described what you have evidence for rather than jump straight to a conclusion that makes you feel good, Chris. Within science AND within discussion. Since your malady appears to be endemic in both realms of mental effort on your part.

You know, stop making shit up.

Maybe, just maybe there is something Mr. Turok isn't telling you. Maybe there is a new mathematical discoverey that just took place, but they can't share it you yet. Because they would get sued by the discoverer of said math.
LMFAO
Things are not always as they seem.

How would they get sued?

Maths is not patentable, nor are discoveries of physical laws.