"Based on our understanding of how galaxy clusters grow from the very beginning of our universe, this cluster should be one of the five most massive in existence at that time." -Peter Eisenhardt

While deep galaxy surveys from telescopes like Hubble are great for identifying distant individual galaxies, they're not wide-field enough to find massive clusters. Similarly, wide-field surveys like SDSS don't go deep enough to find the most distant clusters. 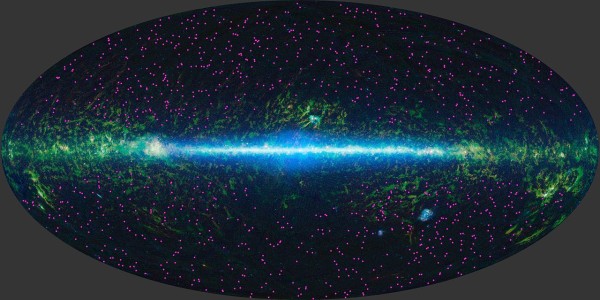 But thanks to the all-sky infrared survey performed by NASA's WISE mission, follow-up observations by the Spitzer Space Telescope and the Keck Observatory, scientists have identified a new record-holder for the most distant, massive galaxy cluster in the Universe. At some 10^15 solar masses some 8.5 billion years ago, it's the largest one ever found at that distance, but it's still only a third the size of the overall most massive record holder: El Gordo. 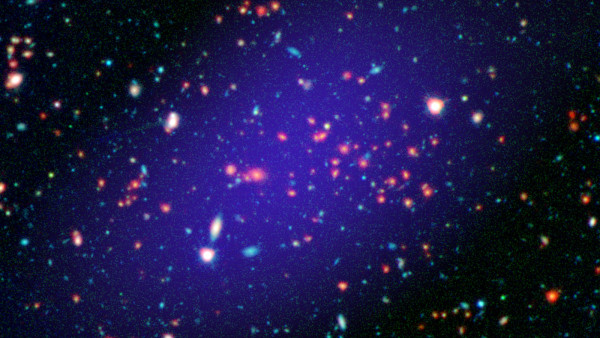 Come get the full story over at Forbes!