Black holes are the densest, most compact objects in the Universe, with anywhere from a few to many billions of solar masses of material concentrated into a singularity. At a certain distance away from that singularity, every black hole has an event horizon: a region of space from within which nothing can escape, not even massless particles like light. That distance, and the size of the event horizon, is prescribed solely by the black hole's mass. 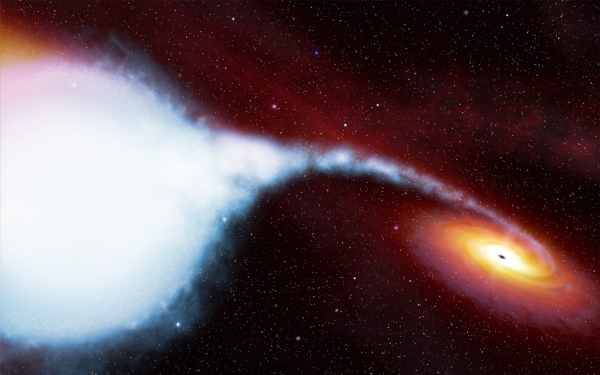 Outside of the event horizon, however, black holes emit Hawking radiation, a blackbody spectrum of low-energy photons that will result in the eventual evaporation of the black hole entirely. But Hawking's own picture of how this happens, of virtual particle/antiparticle pairs where one falls into the black hole with negative energy and the other escapes with positive energy, is woefully incorrect, and perhaps the greatest source of misunderstandings concerning black holes. 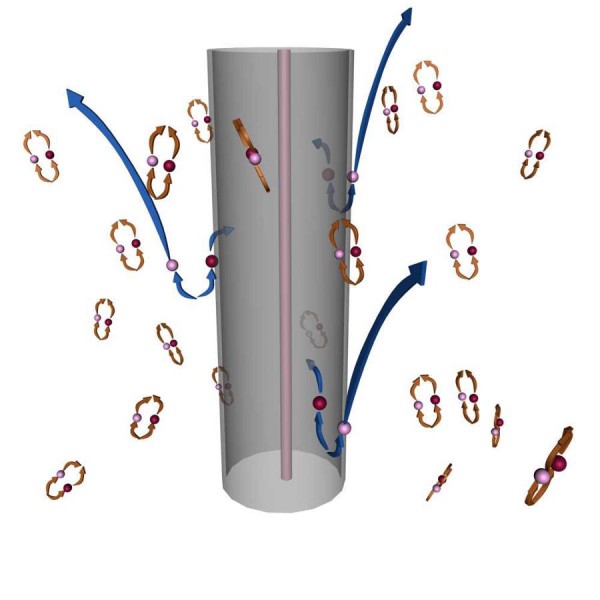 Image credit: Ulf Leonhardt of the University of St. Andrews, via http://www.st-andrews.ac.uk/~ulf/fibre.html.

Go read about the problem -- and what the right way to think about it is -- on this week's Ask Ethan!

Comments of the Week #89: from black hole evaporation to scientific theories

“"There is a fundamental difference between religion, which is based on authority, [and] science, which is based on observation and reason. Science will win, because it works."” -Stephen Hawking Every week on Starts With A Bang brings with it a new set of considerations about the Universe we all…

Comments of the Week #90: from Spiral Galaxies to Quantum Gravity

"As far as extra dimensions are concerned, very tiny extra dimensions wouldn't be perceived in everyday life, just as atoms aren't: we see many atoms together but we don't see atoms individually." -Ed Witten As we approach the end of the year, Starts With A Bang looks ahead to what's new and…

How can we see black holes?

"According to the special theory of relativity nothing can travel faster than light, so that if light cannot escape, nothing else can either. The result would be a black hole: a region of space-time from which it is not possible to escape to infinity." -Stephen Hawking You may have encountered…

"But Hawking’s own picture of how this happens, of virtual particle/antiparticle pairs where one falls into the black hole with negative energy and the other escapes with positive energy, is woefully incorrect,"

Actually, it's rather missing the fact that the one that gets away isn't ascribed anything until their partner is inside the black hole event horizon.

They are both an energy debt. BOTH OF THEM.

The separation means the debt cannot be repaid, and the debt is paid for by the field of the black hole that caused the accounting error.

AT THAT POINT it has positive energy. But until then, they both had "negative" (as in they are both a debt yet to be repaid) energy.

Remember, reality has no such thing as negative. Count the number of apples in a pile of -1 apples.

Because there's no pile of -1 apples. But you CAN owe someone an apple. And to have no debt but still no apple requires obtaining an apple.

The problem isn't really Hawkins explanation, it's the paraprhasing of the explanation done to explain what it means.

And, like any game of chinese whispers, you find errors creep in and that unless you're skeptical and check (hence the scientific method), these errors merely multiply.