What Is The Universe Expanding Into? (Synopsis)

The combined work of many 20th century astronomers and physicists -- including Einstein, Slipher, Leavitt and Hubble -- led to the conclusion that the fabric of space itself is expanding. One of the most commonly asked questions that people have upon learning this is then, "what's it expanding into?" 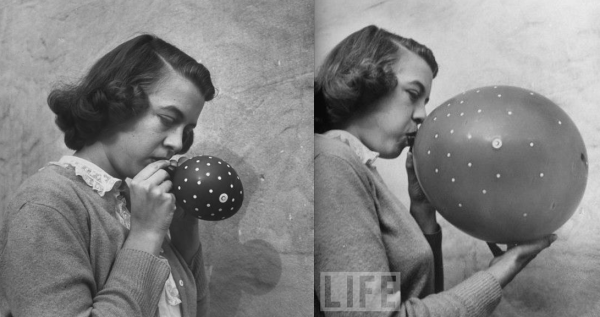 Yet that question itself makes an unnecessary assumption: that there is something more to the Universe than the three dimensional physical space that makes up the Universe we perceive. There could be an extra spatial dimension, a boundary to the Universe as we know it or other additional physics, but there doesn't need to be. The Universe may be expanding into a space greater than what we know, but it may simply be stretching of its own volition, and we presently have no way to know.

Go get the answer to one of the most frequently asked questions about the Universe over on Forbes today!

The pic above isn't a very helpful analogy.
Looks like there's a definite universe outside that balloon!

It would be really nice if you could post your articles on some other web site instead of Forbes. Forbes jams each article with more ads than the Ort Cloud has rocks.

Quit whining. If you want to read the articles on Forbes just use Google Chrome and install this extension:

You can keep your ad blockers in full force.

Wouldn't it be hilarious if Dark Energy was just some girl?

At the most basic level, the universe is just math. Virtually every explanation you've been given, and every model you've seen is an analogy to make it easier to comprehend the idea without understanding the math. At some level the analogies all break down.

sn has had the expansion of the universe explained to him multiple times - he simply refuses to accept the explanations.
His comments and questions don't reflect any desire to learn, they reflect his personal belief that nothing in modern science is valid.

If the Universe is expanding into nothing, then why are there still Monkey? You warmists never can answer that!

“Wouldn’t it be hilarious if Dark Energy was just some girl?”

Yes, the 1950s brunette in the pic above could be Dark Energy (and Dark Matter). Because “she” is holding that ballooning universe together.

“At the most basic level, the universe is just math.”

That must be why the upcoming Academy Awards will be replacing the Oscar with Maths statues. Ah, those Hollywood wizards.

By the way, what’s the equation for you?

I'm not above the idea that you, me, and our entire universe is just some program. For all I know some brunette got a simulation game as a gift for her 12th birthday and made our entire universe in 6 days of hardcore gaming. Then on the 7th day she got bored of us and went off to play with something else.

“I’m not above the idea that you, me, and our entire universe is just some program.”

Then you’re not above the idea of Intelligent Design of the universe.

There’s hope for you yet!

"Then you’re not above the idea of Intelligent Design of the universe."

Bingo dean, you have nailed the Democrat Propaganda of the last 50 plus years spot on. Can you at least say thank you LBJ for the great society: https://en.wikipedia.org/wiki/Great_Society
It has worked out so well no?

"At the most basic level, the universe is just math. Virtually every explanation you’ve been given, and every model you’ve seen is an analogy to make it easier to comprehend the idea without understanding the math. At some level the analogies all break down."

What makes you think math is not an analogy?

teabagger liar at 13: There is no reason to expect you to be any more honest or have any more understanding of material past basic arithmetic than there is for sn. Your record of never making a meaningful, or truthful, post, continues.

Quit whining. If you want to read the articles on Forbes just use Google Chrome....

Quit making unwarranted assumptions about what will run on people's machines.

“Then you’re not above the idea of Intelligent Design of the universe.”

Nope, only design of the computer program. The programmer is in a universe that isn't a program isn't in a therefore-designed programmed universe by definition. Or if they are in a program, we have infinite regression again, and hence the claim that there's a god is logically disproven.

"What makes you think math is not an analogy?"

Nothing, I would hope.

Indeed math isn't really an analogy, it's merely a formal method of defining relationships that is independent of the entities being related, therefore applicable to the universe as a whole.

Although it must be remembered that despite maths being capable of explaining the universe's relationships, it doesn't mean a mathematical relationship must exist in the universe.

that's the fallacy of reification (see "Information theory" and the "Holographic Universe" claims as to how that goes...).

To Wow #18 Are you sure the math "defines" relationships? What came first, the concept or the equation? I would say that math "describes" the already defined relationships.

To Wow #18 Maybe I misstated that.... I should ask, what comes first, the reality or the equation? If energy equals mass in the real world, then E=M is purely a description of the real world, not the real world, and hence, an analogy. I don't dispute that it can be a very precise analogy. OK, so here's where I get into trouble: I believe that "all maps lie."

"To Wow #18 Are you sure the math “defines” relationships?"

Yes. Are you sure they don't?

"What came first, the concept or the equation? "

"I would say that math “describes” the already defined relationships."

So would I. And the maths describes relationships, otherwise it would not be able to be used to describe the already defined relationships.

"Maybe I misstated that…."

You did. Or, rather, you don't know what "describes" means, and you thought it meant creates. They use different words, so this should be a hint...

" I should ask, what comes first, the reality or the equation? "

False dichotomy: you fell for it again.

Describes and defines are homolous.

I too would say the reality exists first, defining itself (it is what exists, or in the peculiar case of zero, the lack of what exists), and the math is a later attempt to describe it, to put it in human terminology. Unless you say the math is the reality, then you must agree that it is an analogy of the reality.

And I resent your condescension....

"I too would say the reality exists first"

Since I never said otherwise and this is orthogonal to my original point, what the hell are you complaining about, then?

"Unless you say the math is the reality, then you must agree that it is an analogy of the reality. "

Bollocks. Our models and understanding IS THE ANALOGY.. Therefore the maths (remember, you *can* do _more_ than one sum) is the reality of our understanding.

"Now I suspect we would define math differently"

Evidently. I know what it is, you don't.

If that is an analogy, WHAT IS IT AN ANALOGY OF?

And it definitely describes a real thing.

But you insist it must be an "analogy" of a real thing. So what is the real thing it is an analog of?

"And I resent your condescension…."

Over-opinionated morons usually do resent being dealt with at the due level of respect.