"The wonder is, not that the field of stars of so vast, but that man has measured it." -Anatole France

If you could gather 250 million times as much light as your eye, and improve your resolution by several orders of magnitude, you just might be able to see what the Hubble Space Telescope can. By extending down into the near-infrared, and combining those observations with that from other great observatories like Chandra and Spitzer, we can probe the star-formation history of the Universe. 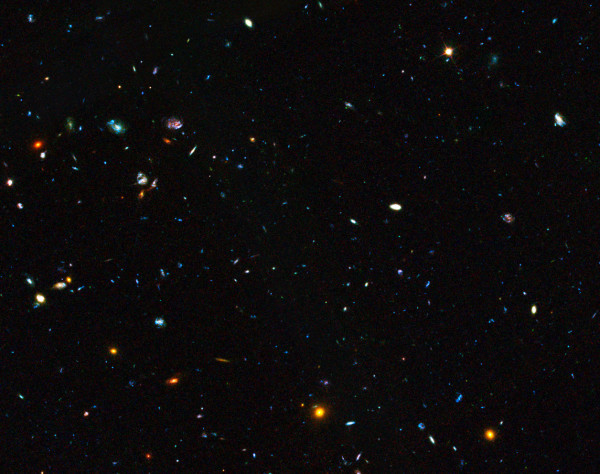 Image credit: NASA, ESA, the GOODS Team and M. Giavalisco (STScI/University of Massachusetts), of a region of the GOODS field with a large number of dwarf galaxies, an important contributor to star formation.

Thanks to NASA’s GOODS and CANDELS programs, we’ve been able to determine when the Universe becomes reionized, when star formation peaks and how it declines up through the present day. 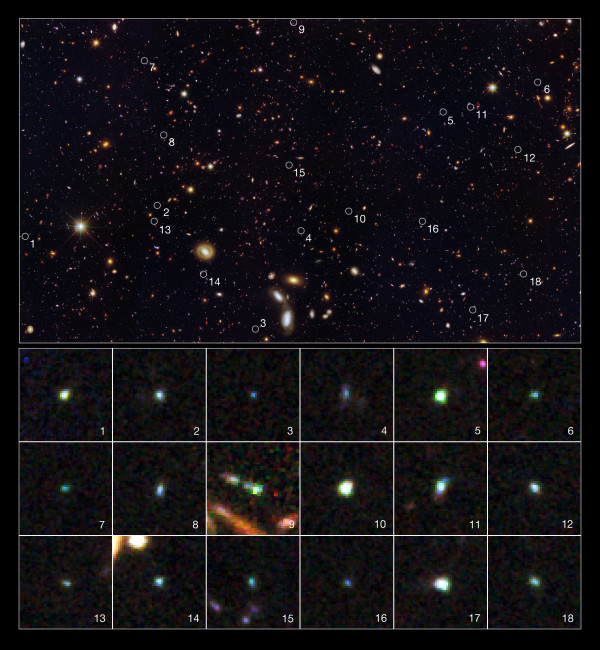 Image credit: NASA, ESA, A. van der Wel (Max Planck Institute for Astronomy), H. Ferguson and A. Koekemoer (Space Telescope Science Institute), and the CANDELS team, of a region containing 18 galaxies forming stars so quickly that the number of stars inside will double in just 10 million years: just 0.1% the lifetime of the Universe.

Go read the whole piece in no more than 200 words and a glorious set of pictures on today’s Mostly Mute Monday!

the Forbes doesn't seem to have their annoying welcome screen anymore so that's nice :) can again read your posts.

But have some questions about this post. The title suggests that GOODS is something that is happening right now... that right now hubble is being pushed to it's limits. Yet the published paper on GOODS (The Great Observatories Origins Deep Survey: Initial Results From Optical and Near-Infrared Imaging).. available on Arxiv..is from 2003... more than a decade ago. In it they say that all HST observations for GOODS are completed and available. So my question is if it's happening now, or has happened in 2003?

Second one is your description for the last photo in Forbes.. you say it's hubble with EST, yet the source on wiki as well as ESA's website ( http://www.eso.org/public/news/eso1013/ ) don't mention HST anywhere in contributing to that photo. It seems to be entirely done using VLT. This seems to go in line with GOODS paper on arxiv which says that Hubble covered the northern field, while chandra and others covered the south field.. ESO being the southern observatory. So question two is does hubble have anything to do with last image?

Every time a read an article like this that talks about peaks and decline, there is always a little part in the back of my brain that thinks for a moment 'star formation peaked 10 billion years ago and we're running out of the stuff to make new ones? WTF are we going to do?'