The science of atomic bombs, and how we stopped Hitler's (Synopsis)

"I am become death, the destroyer of worlds." -J. Robert Oppenheimer

The nucleus of the atom holds many secrets, not the least of which is the key to the release of energy hundreds of thousands-to-millions of times more efficient than any chemical means known. In order to build and develop the first atomic bomb, a myriad of challenges needed to be overcome, including the ability to sustain a chain reaction among fissile materials. 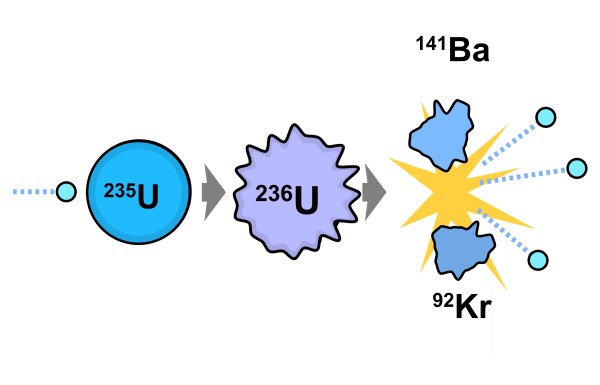 The key to that was double-heavy water. And while we laud the Manhattan project scientists for figuring everything out, the truth is that Nazi scientists, led by Werner Heisenberg, had figured it all out, too, back in 1940. The invasion of Norway was led, in no small part, by the drive to acquire that deuterium oxide and the means of its production at the plant in Vemork. The plot to sabotage it -- and with it, Hitler's atomic bomb ambitions -- is one of the most enduring stories of science, history and war in all of humanity. 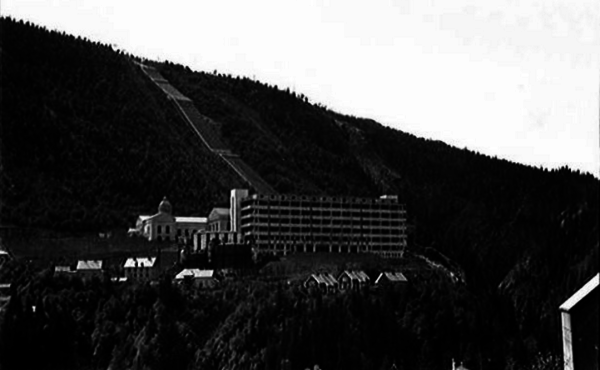 Vemork Hydroelectric Plant at Rjukan, Norway in 1935. The heavy water was produced in the front building. Image credit: Anders Beer Wilse, in the public domain.

Come learn what I'm talking about over on Forbes today, and get a spectacular new book recommendation, too!

Comments of the Week #109: from quantum communication to science by democracy

"Thinking isn't agreeing or disagreeing. That's voting." -Robert Frost Our first week of may has gone by here at Starts With A Bang, and we're just $26 in pledges short, over on Patreon, of unlocking our next goal! In addition, we've also guest-starred on a Podcast/radio show over at Science For…

The Story of the Neutrino

"Neutrinos, they are very small. They have no charge and have no mass And do not interact at all. The earth is just a silly ball To them, through which they simply pass, Like dustmaids down a drafty hall Or photons through a piece of glass." -John Updike It was so much fun talking about neutrinos…

Methoxsalen (We knew the world would never be the same...)

People did a lot of goofy stuff with regard to chemistry in the gee-whiz days of the 1940s and 1950s. In some ways it's great we've come past that, in a lot of ways it's terrible. The same generation that gave us thalidomide also gave us Chuck Yaeger. I am all for small cell phones and $10 digital…

Throwback Thursday: What is the Strong Force? (Synopsis)

“I found I could say things with color and shapes that I couldn’t say any other way — things I had no words for.” -Georgia O’Keeffe We thought -- back in the time after Maxwell -- that if we understood gravitation and electromagnetism, we'd understand all the forces in the Universe. But once we…

In all truth, the heavy water sabotage wasn't a crucial factor in ending germany's nuclear program at that time.

It was a whole combination of factors, but birocracy and general agreement in the nazi circle that nuclear bomb wasn't the ultimate weapon was the main reason of failure. Further, if I remember the history books, it seems that Heisenberg, Otto Hahn and others didn't have the same model as US. I think german bomb required much much more uranium then US counterpart. I even seem to remember that Heisenberg didn't believe the papers when he saw that US succeeded in making the bomb. I think he believed it genuinely can't be done.

IMO, Hitler most likely wouldn't have the bomb even with heavy water. Besided, the sabotage in Norway was a delay in Germany's program, not an end.

@Sinisa Lazarek: I actually am very interested in World War 2 history, particularly against Germany. Even though Germany was ahead of the Allies when it came to technological innovation, that was in spite of, not because of, the Nazis.
Nazism had its roots in Fascism, which believed in "power of the will", and was hostile towards technology. All the military innovations that we can thank Germany for (radio and wire guided missiles, the first cruise missile, the first ballistic missile, the first jet powered combat aircraft, to name a few) were in spite of, not because of, the Nazis. In fact, after defeating France, Hitler ordered the closing down of research bureaus and a halt to the construction of the Graf Zeppelin, an aircraft carrier.
So yes, I agree that the Nazis did more to harm the Nazi Bomb than anyone else.

There are some things I agree with you, and some that I don't. I agree completely that it was German engineering that led the innovation and not the political views, but on the other hand, ballistic missiles or panzer tanks or jet engine wouldn't have been developed if it weren't for hitler wanting them. Most if not in fact all high-end research was done by orders of top 3-4 people in nazi party including Hitler. In fact, hitler was quite a fanatic about technology and megalomaniac projects and constructions. That the nazi party and ss in general did in fact stifle and kill any research and thinking on other fronts is true as well.

The failure of nazi bomb was in the original design and fission model, but looking from '43 to '45 Germany was beginning to loose offensive and getting to defend and retreat.. while loosing resources in the meantime. So, planes, tanks, carriers etc.. were much more in need then one bomb.

Also one important factor to remember... while everyone in the manhattan project was top of the crop engineer and scientist, on the german side, at least part of the dirty work was done by slave labor. And precises construction and assebbly is something a beatean to death, starving person is not doing.

UFO's came up with these technology theories and gave Hitler to manufacture,looks as if it were invented by Germans..
Hitler was serving the Draconian Instructions and Laws and in return,he gave these green creatures humans for reserches and feeding on blood...remember the genociede..Jews suffered most because they are the chosen tribe by All Mighty God according to the Bible..

Not only heavy water in Norway,
'you' also bombed my physics department. (No hurt feelings :-) )
Greetings from Leipzig

It was chicken and cow that bombed your physics dept.

if I remember the history books, it seems that Heisenberg, Otto Hahn and others didn’t have the same model as US

IIRC there is some question about whether Hahn (and others) were really helping the Nazis get a correct model or not in the first place, or just slow rolling them. While Hahn's professional treatment of Lise Meitner isn't generally thought to be outstanding, he *did* help her leave Austria for the Netherlands or Sweden (I forget which) after Hitler came to power. IIRC he also helped Szilard get out too. So he wasn't really completely on board with Hitler's agenda.

Responding to schnablo. Building a bomb is a major high tech industrial enterprise, requiring many different parts to come together to succeed. Not only was a correct theoretical underpinning needed, but the ability to build and operate large scale industrial plants was needed. Germany had no places to put large plants that were out of enemy bombing range. Can you imagine how hard the Manhatten project would have been if Oak Ridge and Hanford were being periodically bombed?

Whatever technical know-how Germany had regarding the construction of an atomic bomb, they simply did not have the infrastructure and resources to succeed at it in any practical sense. On the US side, it was the biggest and most expensive scientific project ever undertaken, by far, and had Germany thrown all of the resources into it that would have been necessary to create a working bomb, it would have compromised their war effort in many other ways.

Thomas Powers tells this story very differently in his book "Heisenberg's War". According to him the german project never got past early experimental stages. He even goes so far as to claim that several leading scientists, including Heisenberg himself tried to stop the project succeeding.